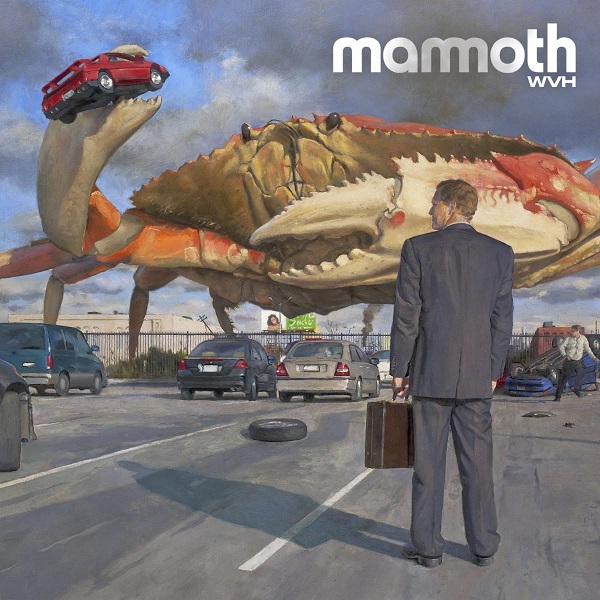 When you hear the words “Van Halen”, you can’t help but think of hard rock’s ultimate party band that brought songs like “Ain’t Talkin ‘Bout Love”, “Unchained”, and “Hot For Teacher” to the forefront of popular culture, as well as the innovative musicianship of two of rock’s most iconic musicians: Eddie and Alex Van Halen. Apart from the two Van Halen’s whose talents defined a generation of good times and debauchery; another Van Halen came onto the scene in 2006, when Eddie’s own flesh and blood Wolfgang Van Halen replaced original bassist Michael Anthony, and made the decade-spanning legacy of Van Halen a true family affair; with the exception of legendary frontman David Lee Roth of course.

After almost a decade of re-creating some of hard rock’s most memorable bass lines (even laying down a few of his own on the band’s 2007 release A Different Kind Of Truth) as well as appearing on two studio recordings for the band Tremonti, Wolfgang Van Halen has bared his heart and soul in his self-titled debut record, Mammoth WVH. In a statement on his website, it’s revealed that the name of Wolfgang’s solo project is a tribute to his dad’s original choice for a band name pre-Van Halen: Mammoth.

“The name Mammoth is really special to me,” says Wolfgang. “Not only was it the name of Van Halen before it became Van Halen, but my father was also the lead singer. Ever since my dad told me this, I always thought that when I grew up, I’d call my own band Mammoth, because I loved the name so much. I’m so thankful that my father was able to listen to, and enjoy the music I made. Nothing made me happier than seeing how proud he was that I was continuing the family legacy.”

He has definitely succeeded in doing so. Mammoth WVH’s debut is a true testament to the seemingly unlimited talent of the Van Halen bloodline. But despite Wolfgang’s namesake and the ever-present expectation that comes with being the son of a true hard rock and heavy metal pioneer, he has managed to walk away with a final product that is entirely and uniquely his own. The entire record consisting of 14 tracks is solely written and recorded by Wolfgang himself; although Van Halen has an accompanying band joining him for live performances, including his tour with Guns ‘N Roses that kicks off this summer.

The world was moved to tears upon the release of the album’s first single, “Distance”, a tribute to Wolfgang’s late father Eddie Van Halen who passed away in October of 2020. Since the record’s first single release in November, Wolfgang Van Halen has released additional singles from the record and has shown hard rock and heavy metal fans alike that he can not only master a powerfully personal ballad, but also lay down heavy, guitar-focused tracks like “Don’t Back Down” and “You’re To Blame”, or the album’s opener - the riff-oriented “Mr. Ed” - the title serving as an homage to his late father. The entire length of Mammoth WVH seems to have a pulse that beats to the same rhythm of artists such as the Foo Fighters or Alter Bridge. A personal favorite is the record’s fifth track, the melodic “Resolve” that leads us in with resonant acoustic guitars and breaks into a catchy chorus with soaring, harmonic backing vocals.

Mammoth WVH exudes creativity, flair, craftsmanship, and Wolfgang’s personal and long-awaited stamp on what will become his own legacy. It’s not easy to follow in the footsteps of a guitar-hero, but Wolfgang Van Halen has managed to do so with ease. With an entrance such as this into the spotlight, Mammoth WVH is bound for success.