MINDMAZE - Back From The Edge 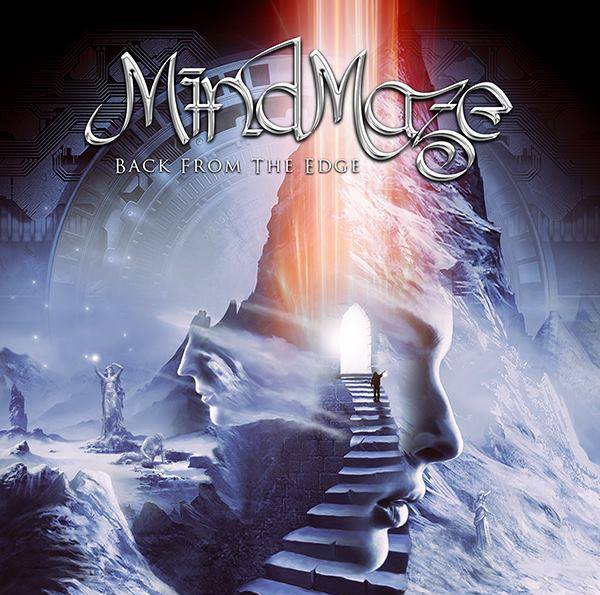 Sophomore effort from twentysomething brother/sister quartet (guitar & vocals, respectively) from Allentown, PA that now sports Symphony X bassist Mike LePond, when available. Having seen the band open a couple of Philly area shows for various James Rivera (Helstar) fronted tribute acts, and enjoyed last year's independently issued Mask Of Lies debut, decided to check this one out too. Now with label support, they decided to ask for some guests, most notably Stratovarius keyboardist Jens Johansson, adding a solo to "Moment Of Flight" and Pharaoh guitarist (ex-Metal Maniacs scribe) Matt Johnsen, augmenting 10:27 "The Machine Stops", as well as members of Lord and Draekon helping out on some of the remaining half dozen songs. With a fuller production, Mindmaze are no longer a blatantly European power metal inspired outfit, including a progressive slant (albeit none too overt), maybe something akin to Kamelot. Savatage worship is still evident, most notably on the piano introduction for the aforementioned “The Machine Stops”. The title track is a lively opener, while “Moment Of Flight” showcases Sarah Teets' (must have been a miserable adolescence for a female with that surname!) soaring voice and Johansson's brief keyboard spotlight. Once upon a time, female voices were only used for ballads, but there aren't any such instances throughout Back From The Edge. A spirited “Dreamwalker”, alongside the titular cut, is what they do best. "Consequence Of Choice" utilizes a movie clip voice-over (Morgan Freeman?) and while "End Of Eternity" begins slowly, it quickly throws off any labored pace. Nice to see some viable North American talent get recognized by an overseas (Swedish) label. Keep up the good work!