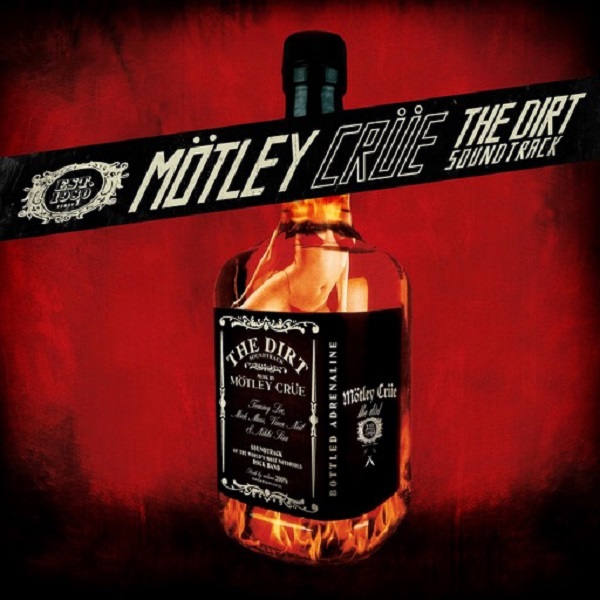 The soundtrack to Mötley Crüe’s incredible Netflix biopic, The Dirt, is comprised of 18 songs; 14 Crüe classics and four brand new tracks. Given that “Live Wire”, “Shout At The Devil”, “Girls, Girls, Girls”, “Kickstart My Heart” etc. are already available on the original albums, reissues, greatest hits collections, and box sets - despite being great songs - are not the selling points. The attraction here is the four previously unreleased tunes.

Kicking it off in style is “The Dirt (Est. 1981)”. This is a great, catchy song similar to “Mutherfucker Of The Year”. Machine Gun Kelly, who plays Tommy Lee in the movie, lays down a spoken word diatribe as opposed to an actual rap, and it works! Thereby potentially exposing Mötley to an entirely new fan base. “Ride With The Devil” unfortunately hinges on lyrical recycling with Vince Neil singing, “We’re just too fast for love”; an obvious tip of the hat to the band’s debut album. Then comes the line, “Just give me the dirt,” which is the crux of the chorus to “The Dirt (Est. 1981)”. Such obvious repetition makes this seem like a B-side as opposed to a bona fide hit.

“Crash And Burn” possesses a strong modern rock sound and impressive groove, but then the recurring theme rears its ugly head with the line, “Everybody get down in the dirt.” Understandably, these are autobiographical songs written specifically to tie-in with the film, but we get it already – The Dirt. And let’s not forget, there was a song on Saints Of Los Angeles called “Face Down In The Dirt”. Nikki Sixx’s creativity seems stifled. Then comes the horrific ending – an atrocious cover of Madonna’s “Like A Virgin”. Awkward and completely out of place, this is on par with “Glitter” from Generation Swine. In the past, the Crüe has certainly proved they know how to knock out a cover – just look at “Smokin’ In The Boys Room” by Brownsville Station, and “Anarchy In The UK” by The Sex Pistols – this time though, they’re firing blanks.