SEVEN TRAIN - Back On Track 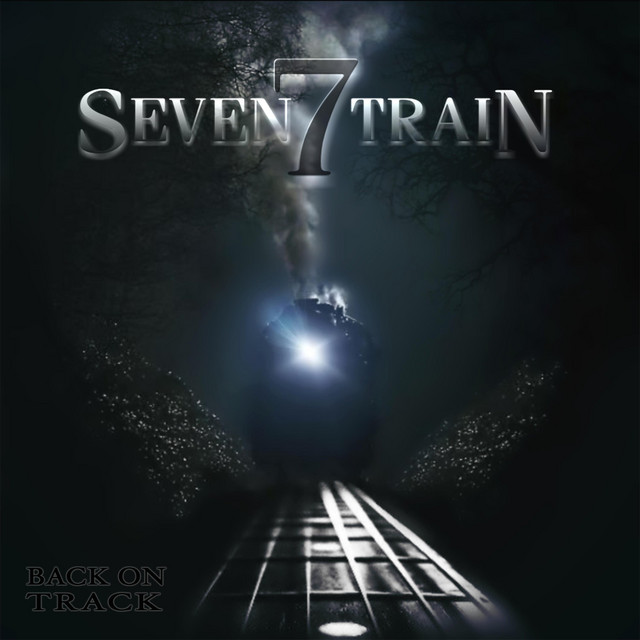 Originally released in 2019, as per their bio, the California based band which includes Eric Horton (ex-Cage) on guitar, have decided to re-release their second album Back On Track as part of the Online Metal promo "Lost In Covid" album series.

Traditional metal two guitar attack as the rhythm comes in on "Running Scared", moves to more contemporary verses and a Sevendust feel. Singer has an Alan Tecchio (Hades, Non-Fiction) meets Chris Jericho tone. Short guitar and drums in demo mono sound before the modern rhythmic verses come in for "Now You Know". Guitar melody and clean guitar on the melodic "Magnetic". This is more my speed. "Love And Hatred" is an angry riff and verses; the love is in the melodic chorus and vocal harmonies.

Nice acoustic guitar piece for "Wishing Well" and I like the voice more in the verse, it’s without the grit – I like this one too. Guitars create a grinding groove for "Nightmare" and "Drowning Me". Getting a little early-‘90s gritty sleazy glam metal Love/Hate, Dangerous Toys from the riffing and solo section during "Liar". Dirty fuzzy bass on "Contagious" and more straight ahead rock n roll delivery.

Not my thing, but good music and production, if this is your sound and style.