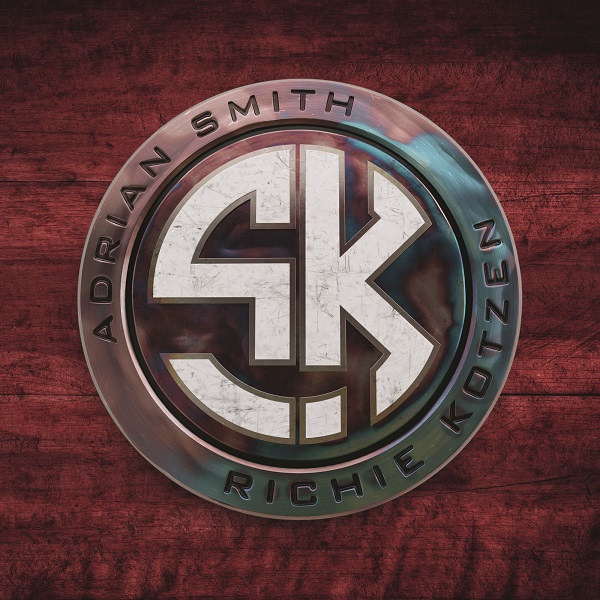 So what could go wrong? It’s guitarists Adrian Smith (Iron Maiden) and Richie Kotzen (Winery Dogs, solo) teaming up for a self-titled album under the banner Smith/Kotzen. Well, nothing went wrong, the guy’s chemistry works. It also helps they are friends and have jammed from time to time over the years. The album was also recorded before Covid and the pandemic hit so they were able to work together. And even though coming from two worlds, Smith heavy metal, Kotzen hard rock, the two genres have always crossed into each other and shared many similarities. Now with this collaboration, it’s different because they both trade off singing on the verses, leads, and harmonize for the chorus. Kotzen also played drums on five songs, and the bass.

Vocal and guitars, album single “Taking My Chances” is a good sample of what you are getting, where they have a similar tone, but clearly different. Watching the video is helpful if your ear is not quite in tune to the two voices. The music, it’s bluesy hard rock, and Smith’s tone is very different from what his setup and sound is for Maiden. It really works well. Kotzen already is very at home being reflective of his solo albums, and even his time in Poison and Mr. Big. Smith’s soul shines through on “Scars”, as with “Glory Road” with cool clean accenting keys. “Running” has a pounding tribal drum pattern and both harmonize the melody. Digging the bass lines and vibe on “Some People” where the guitars are not as hard, it’s smooth, graceful and lets the leads breath. This one is a tune you can chill out to on a nice summer night with a glass of bourbon and good company. Joining them on the album is Maiden’s Nicko McBrain on drums for the track “Solar Fire” which of course give it that extra kick in its step. And Richie’s touring partner Tal Bergman on drums for “You Don’t Know Me,” ballad “I Wanna Stay” and “‘Til Tomorrow”. Enjoyable with a lot of tasty guitar leads that compliments the song. But heck, these two do that so well as it is.