TRIBULATION – Where The Gloom Becomes Sound 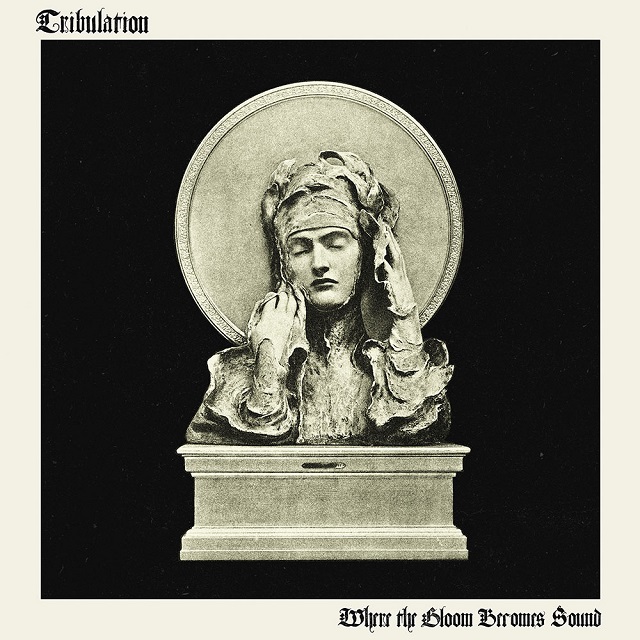 Tribulation dive into the mysticism of the elements and ancient myths and magic with Where The Gloom Becomes Sound. Exhaling the Gothic tones that took shape on 2015’s The Children Of The Night, the Swedes conjure that adventurous form that wowed listeners on The Formulas Of Death. Where The Gloom Becomes Sound seamlessly balances their Gothic texture with a doomy, unsettling atmosphere and will be an album of the year contender.

The album title is appropriate as Tribulation weaves a spellbinding tome full of trepidation, darkness, and atmospheric horror. The guitar leads and melodies are outstanding; Adam Zaars and Jonathan Hultén have outdone themselves by devising haunting and memorable soloing. The death march of “Inanna” is shivering, while the funeral hymn of “Dirge Of A Dying Soul” holds a breathtaking, chilling tone that brilliantly gives way to the short piano instrumental, “Lethe”, which acts as an epitaph of sorts. Shades of the past come to play in “Daughter Of The Djinn”, a masterful track with tempo changes and blistering, melodic leads that carry the beast home. “Funeral Pyre” is the most aggressive that goes for that blackened thrash that could fit on a Necrophobic record. It’s great to know these guys still have that extreme metal blood flowing through them. That comfortable Gothic rock sound appears on “Hour Of The Wolf” and “Elementals”. Think Idle Hands (now known as Unto Others) except with death metal vocals. Closer “The Wilderness” fits a dooming and dreadful vibe that reminds of In Solitude and ends the record on a fitting note.

Vocalist Johannes Andersson has come into his own as a vocalist with his death metal, throaty singing which keeps Tribulation unique for the music they’re playing. They just wouldn’t sound right if they changed to clean vocals. Oscar Leander comes into his own behind the kit as well with a nasty, violent drum sound that bleeds volcanic drum fills providing proper texture to the band’s opus.

Step into the blackness and take in the majesty of Where The Gloom Becomes Sound.