review heavy metal unto others 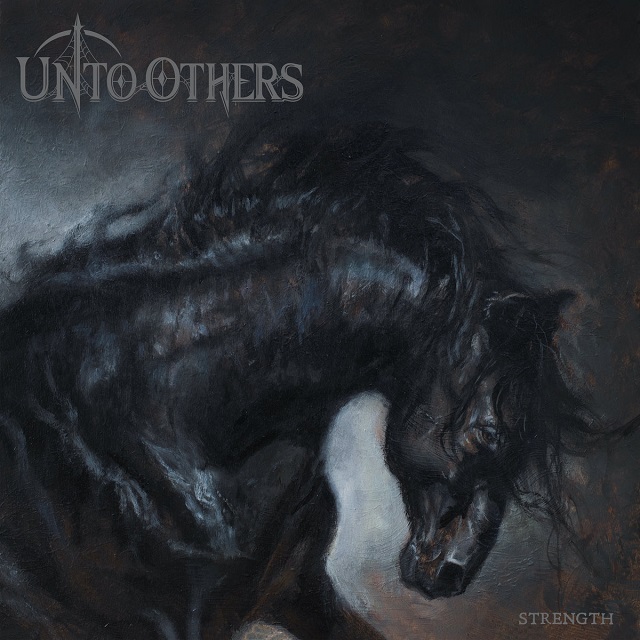 Well, that’s quite the opening statement. “Heroin” is by far Unto Others’ (formerly known as Idle Hands) heaviest track in their short history and opens up their second full-length Strength. Riding on the success of debut Mana, they caught the attention of Roadrunner Records and big things are expected from the Portland act.

Gabe Franco has quickly become one of the entertaining vocalists with his assorted grunts and noises. His low, moody tone suits the music and the emotional, heart-on-your-sleeve lyrics capture that Gothic, depressive attitude perfectly. An autotune effect is even utilized in the somber “Downtown” and dreary ballad “Little Bird”. It takes a little getting used to, but works within the confines of the songs and isn’t overused. While debut Mana was lyrically focused mostly on personal relationships, Strength delves into drug use, the horrors of war, and also the prospect of realizing one’s potential and not wasting one’s life away.

Unto Others is a more confident band this time around embracing ‘80s pop and seguing them into their Gothic metal structure. Mellower tracks like “Destiny” and “Summer Lightning” contain some of the more memorable moments, especially the latter with its infectious chorus and is a dark horse for the band’s best track overall. “Little Bird” eases the flow and is an interesting attempt at a ballad, but falls short in memorability and the Pat Benatar cover of “Hell Is For Children” is a confusing inclusion – while lyrically it fits – the band makes it their own, but stands as a weak addition to the tracklisting.

“When Will God’s Work Be Done” and “No Children Laughing Now” rage forth with melodic guitar lines and also thrashing riffing Sebastian Silva. These two are a total blast of gothic heavy metal as the way the Portlanders flow from sad rockers to all-out metal rompers is uncanny.

While Mana reigns in consistency, Strength holds some of their best efforts with eye-opening diversions. Strength is indeed full of muscle and it flexes into new territories that make Unto Others an exciting band to follow.