On January 22nd, Arch Enemy guitarist/founder Michael Amott announced the return of original singer Johan Liiva and guitarist Christopher Amott for a special one-off project dubbed Black Earth, which will perform Arch Enemy material from the band's first three albums on tour in Japan this May. The internet turned out to be the largest broken telephone in existence; shortly after the announcement was made, rumours of Johan and Christopher returning to the Arch Enemy line-up full time and Black Earth doing a world tour began to surface. Michael contacted BraveWords directly for an exclusive interview in hopes of clearing up the confusion regarding Black Earth's agenda.

"It's a one-off tour in Japan and that's all. It's just supposed to be something super fun and not Michael Amott's new band (laughs), and that's where the confusion lies."

Arch Enemy fans will remember the band performing at Japan's annual Loud Park festival in October 2015, a special show that featured the return of Johan and Christopher to the stage to celebrate the 20th anniversary of the band's debut album, Black Earth. That's where current events began.

"We brought Chris and Johan over for Loud Park, and the promoters over there offered us a tour," Michael reveals. "They suggested that we do something to celebrate the 20th Anniversary of the first album in Japan to a fuller extent. Arch Enemy is taking it slow this year, doing some writing and some shows here and there, so we thought it would be a good idea, but we obviously can't call it Arch Enemy. We came up with using the name of the first album, Black Earth. They booked six shows in Japan so it'll be quite extensive. I thought the buzz would be contained to Japan but of course the news got picked up and spread around thanks to social media and metal news sites. And when I was at NAMM last weekend in California everyone was asking me about Black Earth (laughs)."

With all due respect to Chris Amott's two tours of duty with Arch Enemy since the band's 1996 inception, it's Johan's unexpected resurfacing that made the band's fanbase lose its collective mind. 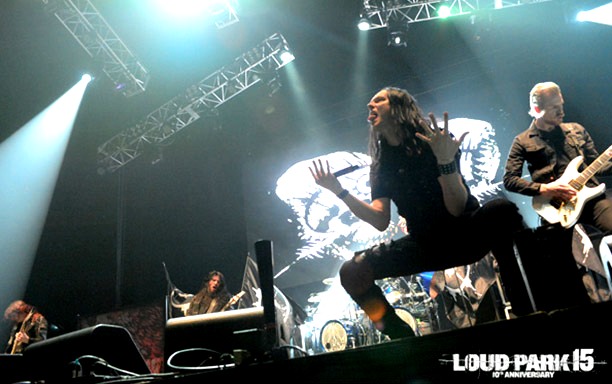 "That show at Loud Park, we co-headlined that day with Slayer, and Johan came on for two songs ('Immortal' and 'Bury Me An Angel') and one song with all of us at the end of the set ('Fields Of Desolation'). It was a weird feeling and pretty trippy having Johan up there singing those songs. The last time he played with Arch Enemy was January 2000 on the Burning Bridges tour when we opened for Nevermore in the States. So yeah, it was a while ago (laughs). We stayed friends and we've always made a point of meeting up once a year just to hang out. We'll always have some business together because of the old stuff that we did. There were a couple years where we separated from him that it was a bit weird between us, but we quickly bonded again."

"Johan doesn't want to be the singer of Arch Enemy," Michael adds. "That's never been his thing as far as being in an act that tours worldwide. Black Earth is just something that we all wanted to do because it's going to be a lot of fun for us and the fans in Japan."

For the minority unaware of why the early Arch Enemy line-up is a big deal to a lot of people, Michael offers up a brief history lesson...

"The early days of Arch Enemy, those first three albums, had a very high level of success in Japan. In the rest of the world we were just a very small name and we couldn't get ahead because nobody was that interested in us. What we were doing at that time didn't fit the European or American musical taste, and we just couldn't catch a break. The first album was independent, the second and third were on Century Media, so we weren't really moving forward. But in Japan those albums are huge. I remember Arch Enemy putting the Burning Bridges album out in Japan and it outsold the new Iron Maiden record. We were doing very well and it was an intense period because we toured Japan in '97, '98 and '99. Those tours were our first experiences in Japan and reaching a lot of people."

It's fair to say the Black Earth tour is powered by pure nostalgia.

"It's 100% nostalgia," Michael agrees. "The idea is to play the first album in its entirety and a selection of songs from Stigmata and Burning Bridges. It's going to be a really killer setlist and it'll feature songs we've rarely touched upon in the last 15 years. When Angela (Gossow) first joined (replacing Johan in 2000) and we were on the Wages Of Sin tour we did a few of the Johan-era songs in order to have a full set (laughs), but we mainly relied on the Wages Of Sin album. From that point on we built up a catalogue with Angela and phased out the old era songs. We reached a point where the band became much bigger internationally, so the first three albums just kind of faded from some people's minds." 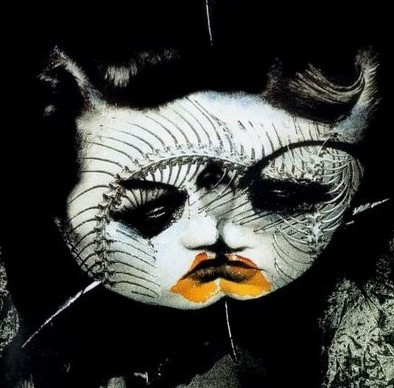 "Because it's 100% nostalgia for everyone involved we've made a point of booking cool intimate venues that we really like, and we'll have a film and audio crew along so we can record everything. We're looking at doing a kind of travel documentary because we're going to places in Japan that are rare for bands to play like Sapporo, Fukuoka and Hiroshima. It would be a missed opportunity not to capture the tour in some way. It's going to be an amazing two weeks over there, but then I'll go back to writing the new Arch Enemy album and working with Spiritual Beggars."

Fans should be aware that Black Earth is intended to have a very limited run, so don't expect them to surface outside of Japan except on YouTube or the planned DVD.

"I've been getting the question about whether we're going to bring Black Earth anywhere else, and the answer is I don't think that's realistic," says Michael. "There are a few different reasons for that, and one of the biggest is Johan's work schedule and that he just got married. And also, I'm not really interested in having a third band (laughs). Contrary to popular belief I'm only one person. Black Earth is just a one-off but I'm never going to say never because I've had to eat my shoes before. We had offers come in from around the world as soon as we announced the Japan tour, but for this year that's all we're doing. But as I said, I don't think it's realistic to think we're going to tour outside Japan because we're lucky we can do this as it is."

And so that it’s in print, the current Arch Enemy line-up featuring Michael, Alissa White-Gluz, Sharlee D'Angelo, Jeff Loomis and Daniel Erlandsson is alive, well, and completely intact no matter what else folks may have heard.

"Yeah, exactly. We're doing some shows right now and we're planning to do a solid month or more in Europe at the end of the summer as the current Arch Enemy. Black Earth was never supposed to take away anything from what we're doing now; we're just revisiting the past a little bit." 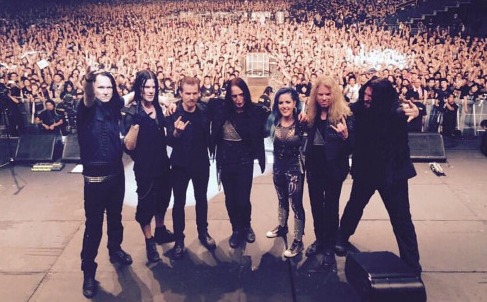