BATTLELORE - "Not All Those Who Wander Are Lost” 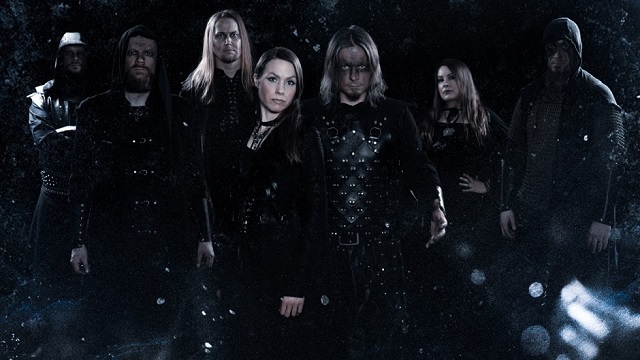 Whether it was by coincidence or design, scarcely a year after film director Peter Jackson released the first part of his epic Lord Of The Rings trilogy in 2001 - capturing the hearts and minds of J. R. R. Tolkien fans the world over - an unknown Finnish band by the name of Battlelore unleashed their debut album, ...Where The Shadows Lie. The songs were unashamedly based on Tolkien lore, with the band going so far as to get permission to use artwork created by illustrator Ted Nasmith, known for his work on the books The Lord Of The Rings, The Hobbit and The Silmarillion. It was the beginning of a successful career, with Battlelore releasing six albums between 2002 and 2011 and touring as much as they were able. Following the Doombound record, however, the band announced they were going on indefinite hiatus with no plans for the future. They stayed quiet as promised save for a couple festival shows in 2018, but much to their fanbase's surprise, Battlelore teased their return in early 2020, confirming in July of the same year that new music was in the works. That music surfaced in June 2022 as The Return Of The Shadow and its companion EP, Lost Lands. And a welcome return it is.

"To be honest I'm still trying to wrap my head around the idea it has been so long that we've been away," says vocalist Tomi Mykkänen. "Time flies, definitely. It was a long career already in 2011; six albums in 10 years, I think. We just got tired and weren't motivated to do this anymore. We stayed in touch, we saw each other, some of us played together in different bands, but Battlelore just wasn't interesting to us. We all knew that we would get back together and do something at some point, and before COVID hit we had actually planned a Finnish tour and had some festival dates lined up for 2020. "

"We had the songs for the new album by that point," he continues, "and we started talking about recording some of them, maybe releasing an EP. When the pandemic hit we had more time, so we made some demos of the songs that appear on the Lost Lands EP and realized, 'Whoa, we still know how to do this...' (laughs). From there we started writing more songs, and they were more upbeat - I don't know if I should use the word 'cheerful' (laughs) - compared to the ones we wrote for Lost Lands, and that's how we got the idea to split them up between and album and an EP."

In spite of being away from the trenches for a decade, Battlelore's 2011 line-up - which was solidified in 2004 - remained fully intact for The Return Of The Shadow.

"Truth be told, if it hadn't been all of us involved on the new album, we probably wouldn't have done it," says Mykkänen. "Battlelore really is a group effort, and it's with this group of people."

On top of that, Battlelore is still on Napalm Records. The band was signed to the label when it was nothing more than a fledgling gothic / doom metal record company with a handful of artists to its name; far and away from the metal powerhouse they are now.

"We discussed that," Mykkänen says of staying - or being invited to remain - with Napalm. "Our guy at the label was always asking us if we were coming back and when we were coming back. We actually didn't have a deal with them during the break but there was an option, and they wanted to change the deal and make our budget lower, which is understandable because times are different now. We shopped around and got a few offers, but we ultimately decided we should go with Napalm because we can work with them and they are just cool people in general." 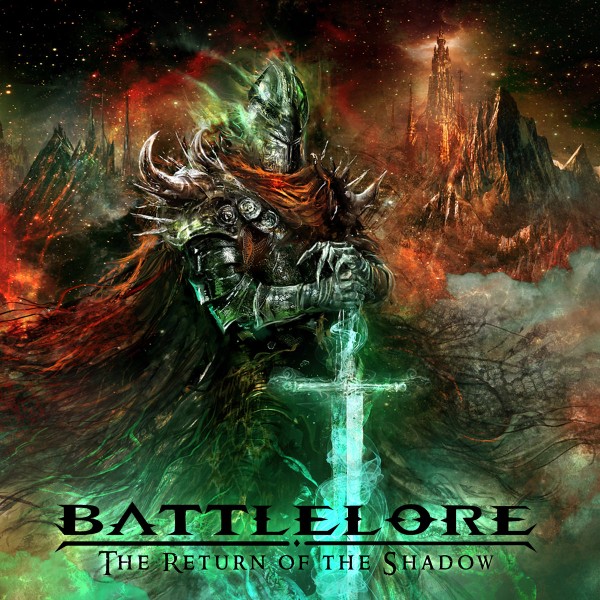 The upbeat tone of The Return Of The Shadow is reminiscent of Sword's Song from 2003, the album that is widely regarded as the record that put Battlelore on the map. Asked if it was part of a grand plan or a reflection of the band's collective mood, Mykkänen claims it was a bit of both.

"When Jussi (Rautio / guitars) and Jyri (Vahvanen / guitars) started bringing in the songs for the new album they sounded like the Lost Lands EP material. I told them we needed stuff that was more upbeat because we only had these songs that were slow and doomy. I wrote the song 'Homecoming' as an example of what I was talking about, and when we did write a few more songs that went in the same direction they still fit in with the original material Jussi and Jyri had first presented."

"We arranged the songs really well, and this was actually the first time we did the arranging together; taking parts out of the songs, adding melodies... we were really well prepared for the studio. So, in the end we were really fast when we went in to record. I think Henkka (Vahvanen) started recording drums on a Friday morning, and by Wednesday he had finished tracking all his parts. Tina (Honkanen) came in and did all the synths in one day. We really knew what we wanted to do."

"I actually listened to Doombound the other day and I realized that it's really a strange album (laughs). I was amazed that when the album starts with 'Bloodstained', which I wrote, you can hear all the influences from Tool and progressive metal coming through. It's a really dark album compared to the new one. Personally, I think The Last Alliance (2008) is our best album, not including the new one, but I do understand when people say Sword's Song is Battlelore's best record because that really defined what the band is."

The interplay between female vocalist Kaisa Jouhki and Mykkänen - and his predecessor Patrik Mennander (1999 - 2004) - has always been an integral part of the Battlelore sound. Like any band with multiple singers trading off vocal parts, the songs eventually fell into a predictable rut with their last couple records. The Return Of The Shadow finds Mykkänen and Jouhki sounding vital and fresh. Mykkänen agrees the break was good for them as songwriters and performers.

"I have a home studio, so Kaisa came here and we did demos together. We built up and the melodies and the harmonies together, and as you know I'm not a singer in the classical sense (laughs) so I can't do those really 'hard' melodies. We had that in mind when we were writing, and I actually ended up doing quite a few melodies on the album because Kaisa had just had a baby and didn't have a lot of time. I wrote most of the melody lines and then Kaisa came in and improved on them, as well as doing some stuff on her own. But I think one of the reasons the melodies are maybe a bit catchier than before is because they are simpler since I wrote a lot of them. Kaisa is a better singer than me, much more talented, but sometimes nobody can follow what she does (laughs). We worked together, tried many different things, and I think that shows on the album. And we had a really good time working together; I think you hear that as well." 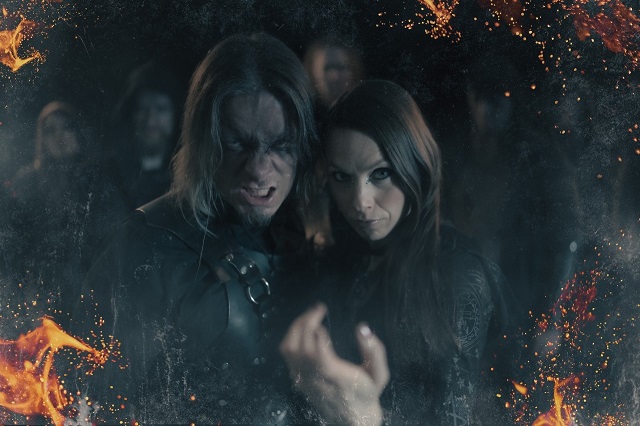 Regardless of Tolkien's expansive catalogue of material to draw from, Battlelore eventually grew bored of their own concept, which led to their 10 year hiatus. There was the question of "Can we keep writing about the same thing and make it effective?" which the band ultimately could not as of 2011. The Return Of The Shadow finds Battlelore back to diving deep in Tolkien's well.

"On this album all the lyrics were written by Jyri," Mykkänen reveals. "He had some writer's block on the Doombound so I wrote three or four songs, but this time the ideas came quite easily for Jyri. Having this huge break definitely helped him. When we were doing Evernight (2007) we decided to start fading out Tolkien a bit. If you know Tolkien really well you can time some of those song ideas into his work. With this album we decided that it was going to focus completely on Tolkien. Right from the first song, 'Minas Morgul', that's like a 'Fuck you, this is a Tolkien album...' (laughs)."

"It was quite easy to do that, and if we make more albums it could be that sometimes we don't write about Tolkien. There are lots of other things to write about. We actually had some different ideas when started talking about the new album maybe five years ago - and Jyri had this idea of having Numenor as a theme. When we were making Doombound he realized he wanted to make songs based around all these lost lands in Tolkien's works. So, as we were making the new album Jyri realized that all the songs had towers, walls and flames in them. So, the new album is about places and fire (laughs)."