DEF LEPPARD’s Phil Collen Talks Hysteria, Impact On Heavy Metal - "Lovely That You Give Us That Credit, But We Had More To Do With MARC BOLAN And DAVID BOWIE Than We Did With JUDAS PRIEST And BLACK SABBATH" 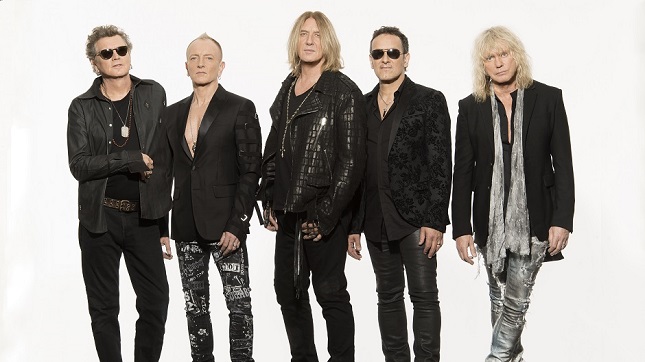 It’s hard to believe that it’s been three full decades already since the release of Def Leppard’s blockbuster release, Hysteria. But this is indeed a true statement, friends. On August 3, 1987 - over four years since the release of its predecessor, the multi-platinum Pyromania, the twelve-track/hour-plus Hysteria finally appeared. Fans expecting another recording sonically and stylistically similar to its processor were left puzzled, as Leppard (then comprised of singer Joe Elliott, guitarists Steve Clark and Phil Collen, bassist Rick Savage, and drummer Rick Allen) and producer Mutt Lange had constructed an all-encompassing album that sounded like little else in the rock world at the time.

And after a sluggish start sales-wise, the album spawned hit after hit…after hit…after hit, until it was eventually certified “diamond”, for albums having sold over 10 million copies (in this case 12 million sales in the US alone) - the group’s second diamond certification in a row. To celebrate the album’s 30th Galleries anniversary, Universal is going to reissue the album in various formats on August 4th, including a 5-CD / 2-DVD Super Deluxe Edition featuring 4 books (Story Of / Ross Halfin Photo Book / Discography / Hysteria Tour Program) and Tour Poster, a 3-CD Deluxe Version, a 1-CD Vanilla Version, a 2-LP Black Vinyl version, and a 2-LP Direct to Consumer Version - Colored Vinyl (Limited Edition). To celebrate, Collen was up for taking a look back with BraveWords correspondent, Greg Prato.

BraveWords: Was there any point during the recording of Hysteria that it got a bit maddening or frustrating working with Mutt Lange?

Phil Collen: “No. All the stuff with Mutt was a joy and totally inspirational. It was all the stuff that we did prior to that. Jim Steinman and different kind of engineers and doing all of that stuff - that was the frustrating part. You’ve got to understand - we wrote all the songs with Mutt and the vision of the album and the whole concept of it was his. And when other people were around, they couldn’t do that, because they had no clue. But when he was involved…he had to do a Cars album [1984’s Heartbeat City], he was committed to doing it, and had to disappear for like a year. So, when he came back, that was a joy, I’ve got to say. Because all of a sudden, it all started flowing, and it was so inspiring. And we were doing something we had never done before - or anyone has. It’s almost like creating a new genre of music. It was like a rock band, but it had all these different elements in it. Elements from new wave, punk, funk, rap music - ‘Pour Some Sugar On Me’ was almost like a rap lead vocal kind of meter. All of these different things that no one had ever done before. It was a wonderful hybrid. And when Mutt was around, he could be part of that thing. It was enthusiastic, it was totally inspired. Yeah, it was a lot of hard work obviously, and I’d been there the whole time. It was grueling, but like I said, with Mutt at the helm, it was great - because you had this faith in this guy. It was really cool.” 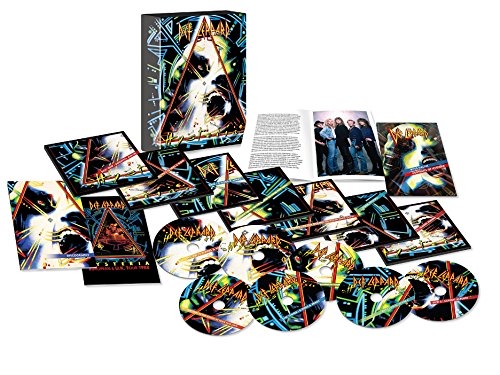 BraveWords: After all the tragedy, drama and studio time, when Hysteria was unleashed upon the world, it fell flat - the lead-off single/video, “Women”, seemed to go over people’s heads. Was the band worried out of the gate?

Phil Collen: “What happened was our record company in America wanted to release ‘Animal’ [as the first single]. But Cliff Burnstein - our manager at the time - was scared that it was such a departure from Pyromania and everything else that we’d done, that we would need a bit of credibility. So, he said, ‘I think we should release a rock song first.’ Hence, ‘Women’ came out. It was great in that respect - keeping the credibility. But from a commercial point of view, yeah, it wasn’t the best move. It ended up working great, anyway, because obviously, the single that eventually followed, ‘Pour Some Sugar On Me,’ changed the whole scenery. Completely. So, it wasn’t a worry - it was disappointing for us. Y’know, playing half-empty arenas after we’d just done the Pyromania tour three years prior, and we were jam-packing them out. That was a struggle - we had to claw our way back up. But when the fourth single came out, Sugar, it all changed. And then all of a sudden, everyone is loving us. It’s an interesting portrayal of human behavior and how people react to that. It’s a very interesting thing.”

BraveWords: How long did it take for the arenas to start filling up on that tour?

Phil Collen: “Well, as soon as that single [‘Pour Some Sugar On Me’] came out. We were kind of struggling up until that point. I mean, we played some of the same venues pre-‘Sugar’ and post-‘Sugar’…I’ll give you a great example - Tacoma Dome, which holds 30,000 people, we got 11,000 in early on. Which is still a lot of people, but the second time - probably six/seven months later - we were jam-packing it, and people couldn’t get in. And then from that point on, you had ‘Love Bites’ going to #1, ‘Armageddon It’ going to #3, ‘Rocket’ almost going top-10. All of this stuff, it just changed everything, really.”

BraveWords: Was it a struggle to hold off on releasing “Sugar” as a single?

Phil Collen: “It was exciting. Like I said, it was frustrating because it was a lot of hard work - we’d toured in the US, we went to Europe, we’d done Japan, and we came back to do more American dates. It was all over the place. And then when that single came out, literally, it was almost immediately. And it was because girls in Florida - strippers - were actually requesting it on their local radio stations, because they were dancing to it. It really took off from that point on. And that’s really what had done it - strippers in Florida dancing to ‘Sugar’!” 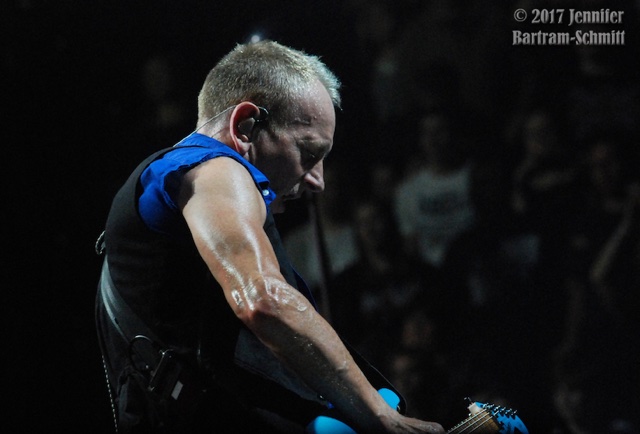 BraveWords: Aside from the songs that went on to become hits, two deep songs stand out – “Run Riot” and “Gods Of War”. The latter’s message still rings true today.

Phil Collen: “Absolutely. It always rings true. It’s what all of our cultures, empires, and everything are all built on. It’s all about that - somebody controlling what we get into and the reasons unbeknownst to us. And that’s really what that is. We have no control over that. It’s very relevant now. But you have the Middle Ages, Roman times - always. That’s human nature for ya, unfortunately.”

BraveWords: How different would you say the rock scene was, from say, the end of the Pyromania tour to when Def Leppard started touring behind Hysteria?

Phil Collen: “Ironically, all the stuff that came out after Pyromania - to me - sounded directly influenced by that album. All of a sudden, you had bands…everything from the Scorpions, Bon Jovi, Ratt - everything was influenced by that. Drum sounds, all the engineers and producers were trying to recreate that. When we started to do Hysteria, Mutt said, ‘Look. Everybody else is doing Pyromania Part II - we have to do something drastically different. But it’s going to take a lot of hard work. And it means we’re going to have to do more than we normally do, the songs have got to be better, and it’s going to be some different kind of music.’ That’s really what we did. And I think you could hear that. You could hear that on other albums - as you did after Hysteria. After it broke, then everyone is trying to do that. There were a million ‘Pour Some Sugar on Mes,’ there was a million ‘Love Bites,’ there was a million ‘Hysterias,’ there was a million ‘Women.’ The snare sound and the kick - all of that. I even heard my voice sampled on other records! From the ‘Step inside, walk this way…’ - all of that stuff, you could hear it on other records. ‘Hey!’ - all of that stuff. It was like, ‘Wow, I’m on this album, I’m on that album. This is interesting’!”

BraveWords: It seems like Def Leppard continue to deny that they are part of the heavy metal community, when many believe you helped build the genre.

Phil Collen: “That’s lovely that you give us that credit, but we had more to do with Marc Bolan and David Bowie than we did with Judas Priest and Black Sabbath. Yeah, we all grew up on Zeppelin and Purple, but we were also all into the glam rock thing that swayed us. And we felt that we were very different to all the bands that came out at that time. We weren’t trying to be like them, we were actually trying to carve a new kind of direction.”