Progressive metal and concept albums seemingly go hand in hand, yet prog kings Dream Theater have ony two to their name despite a 25+ year career that has yielded 13 studio records. Additionally, some fans might be startled when they realize 17 years have passed since the release of the band's first concept album, Scenes From A Memory, which is widely regarded as one of their best works to date. In January 2016, Dream Theater unleashed The Astonishing on an unsuspecting fanbase, which turned out to be a much bigger and very different animal from its Scenes From A Memory counterpart. The band then chose to take The Astonishing on tour and perform the 34 track rock opera from beginning to end rather than present a "typical" Dream Theater show: no "Pull Me Under", no "Afterlife", nothing from Falling Into Infinity, Awake, Train Of Thought or Systematic Chaos, and no cover songs. A potential recipe for career suicide or at least a disaster, but the band's early 2016 run through the UK and Europe turned out to be a huge success. 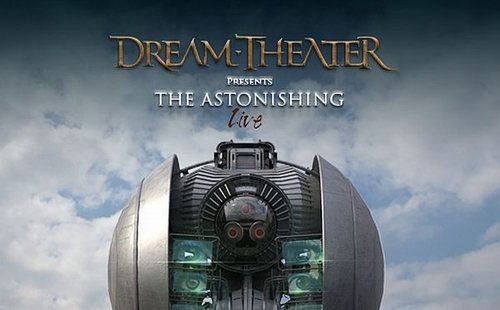 Sure, some fans have slammed the band for not bringing their classics to the party, but anyone who follows Dream Theater religiously should have expected this. Fortunately for the band many fans did and weren’t disappointed. Starting April 14th, fans in Canada and the US can experience The Astonishing in a live setting for themselves.

"It's actually been incredible," vocalist James LaBrie says of the feedback Dream Theater has received. "It's as great as we could have expected because, let's face it, you're taking a risk doing this when you have a discography as expansive as ours. A lot of fans are expecting to hear songs from any given Dream Theater album, but we thought that since it's been 17 years since our last concept album and we never played Scenes From A Memory through live, it's something we want to do for The Astonishing. And we wanted to do it right. We were preparing this tour as far as production goes a year before we hit the first show because it's quite elaborate. It's unprecedented as fas as anything we've done, and it's something we want to look back on and say 'Yeah, but we did do it and had a great time.' It's been very successful. We knew we were going to leave some fans upset and digruntled, maybe alienate them to a certain extent on this tour, but we also knew that we have a worldwide fanbase that would want to be a part of it and gravitate towards it."

"During the stages of creating The Astonishing, the tour was always part of the equation. Everything needed to make sense. How the album is written, how it unfolds, how it presents itself; that was prioritized as much as the music was so we knew that it would make perfect sense live. We knew it would be an incredible ride." 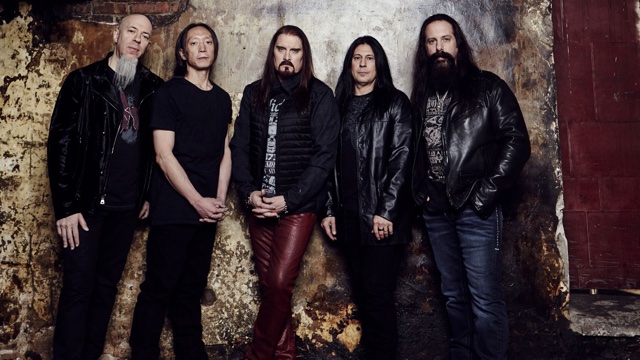 The story behind The Astonishing was conceived by guitarist John Petrucci, the music was composed by Petrucci and keyboardist Jordan Rudess. A tale about members of a dystopian society, LaBrie fleshed out the seven different characters for the album. On proverbial paper it sounds like a daunting task, but pulling it off in the studio? You have to wonder if LaBrie cursed his bandmates even a little for making things as big as they did.

"It was great," Labrie insists. "It actually started when we were on tour for the self-titled album. John told us he thought he had the seeds for a concept album, and we've been talking about doing a concept album for years previous to that, at least four or five. When he said that we began thinking the timing was right for a new one because it's been a hell of a long time since the last one. When The Astonishing came out it had been 17 years since Scenes From A Memory, and it's fricking scary to think that much time has passed."

Petrucci has said numerous times in interviews that he regards LaBrie's performance on The Astonishing as the best of his career, period. LaBrie downplays the accolades even though he's quite proud of what he accomplished for the album.

"He's said it to me countless times to the point I've said 'You've gotta stop,' (laughs). It's been great because out of the people that I've talked to, whether it's fans or interviewers like yourself, I've been getting that kind of feedback. That's a great thing when this is your 13th album.  It just goes to show we take each album seriously and we want to keep bettering ourselves and try to attain that goal. We all keep growing and evolving as individual artists and that inspires the other guys in the band."

LaBrie also had the benefit of having participated in other rock opera projects over the years, enabling him to slip into a theater production mindset for The Astonishing.

"I did Leonardo: The Absolute Man, with Scenes From A Memory I had to think in terms of characters, I did The Human Equation with Arjen Lucassen and the live production from that, The Theater Equation, last year. They were all such valuable experiences for me going in to create seven characters for The Astonishing. It was perfect that I'd had those experiences because otherwise I might not have had that confidence going into The Astonishing thinking 'Yeah, I'm going to nail these parts.' I knew exactly what I needed to do." 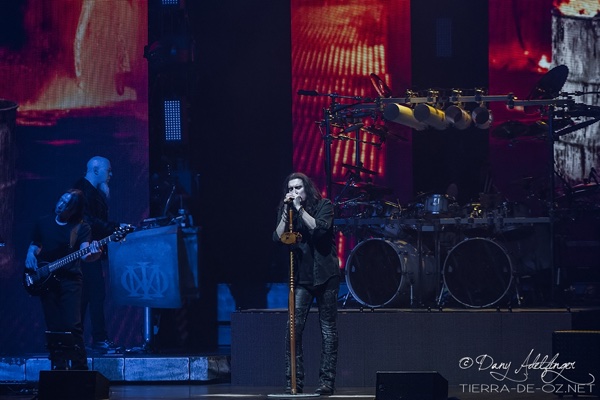 Traditional tour requirements dictate the band in question needs only to learn a few songs from their new album, then shoehorn them in amongst the hits and fan favourite catalogue material. In this case LaBrie was forced to memorize all the lyrics on The Astonishing, as there are no teleprompters or cheat sheets on stage.

"Oh yeah, and then I've got seven characters to interpret so I think I'm singing more in this show than I ever have live before," LaBrie laughs. "It was very challenging memorizing the lyrics, but it was just a matter of being able to step up to the plate and say 'I agreed to this, now I have to bring it home.'"

And if it sounds like LaBrie is blowing his part off as easy, chalk it up to that much needed self-confidence he was talking about.

"Well, we've always pushed the envelope from Day 1 to where we are today. I remember when I went into the studio and created the voices for the characters on The Astonishing thinking this was going to be nothing like I'd ever experienced before when we present the material live. At the same time I knew it would be a lot of fun, and it is. We're having an amazing time performing this material and the fans are walking away completely blown away."

Committing the live experience of The Astonishing to DVD / Blu-Ray is a clear cut no-brainer...

"We're discussing it. I think we have to capture this on film because we're never going to go back and do it again, especially the way we're doing it from beginning to end. A DVD will happen at some point, definitely. That in itself is going to be a huge undertaking for whoever ends up filming it; they're going to have their hands full because there's so much going on. The visual aspects are fantastic, the lighting design is over the top. As much as we've prided ourselves in the productions we bring along for our live shows, it's never been at this level."