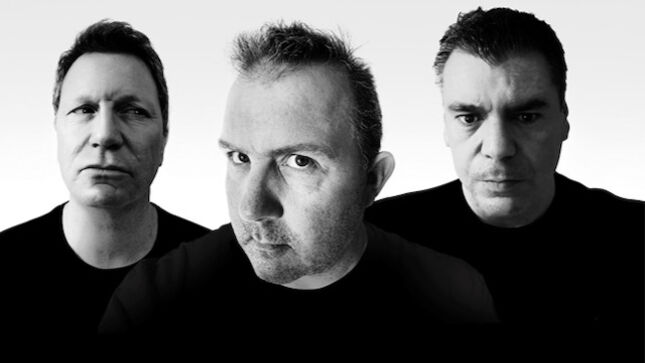 When the long-time drummer of Frost*, Craig Blundell, exited the band in 2019 (just as work was to begin on studio album #4), the two leaders of the UK band, singer/keyboardist Jem Godfrey and guitarist John Mitchell, decided to enlist not one, not two, but three drummers to keep the beat in the studio. And the results can now be heard on Day and Age, which shows that the group remain as proggy as ever. Both Jem and John spoke to BraveWords correspondent Greg Prato a month before the release of Day and Age, and chatted about their latest offering, the trio of drummers, and what they think of the term ‘neo-progressive rock.’

BraveWords: The latest album, Day And Age, is the band’s first in five years.

Jem Godfrey: “It takes us quite a while to get going once we put an album out. I don’t know why it actually took so long this time, to be honest. Because there weren’t any mitigating circumstances. A couple of years of doing shows, and then I think we got a bit sidetracked with the box set. And there are only so many hours in a day, so by the time I got everything out of the way – remastering the albums and doing a live album – three years had gone by! It takes about a year to write an album for us, because we don’t do it continuously. It should have been a bit quicker than this, but it’s been quite a while.”

Jem Godfrey: “The three drummers…the first one is Kaz Rodriguez. He’s a very talented drummer – he plays a lot with Josh Groban and Chaka Khan and various people like that. The second drummer is Darby Todd – he plays with the Darkness, Headspace, and also Martin Barre from Jethro Tull. And then there’s Pat Mastelotto, who I don’t think needs much of an introduction – from King Crimson. I think when Craig [Blundell] left the band, it gave us a chance to not be pinned down to one particular style. Because we haven’t found a replacement for him at this point…and still haven’t. Our idea was, ‘We can turn this negative into a positive. So, why don’t we get a chance to work with different drummers, and then bring in a different sound to the music in some respects – because they all have quite different styles. We wrote a couple of songs and thought, ‘Pat Mastelotto would be brilliant on this. Why don’t we just ask him?’ And he said, ‘Yeah, OK. I’ll do that.’ And it was the same with the other two – I’ve been a big fan of Kaz’s stuff, because he does a lot of stuff with Zildjian, he’s a very talented artist. He puts out these instrumental tracks that other drummers practice to. And then Darby we kind of know through a variety of people. We were on the most recent Cruise to the Edge gig, and he was with a band there, Headspace. We met up with him and I liked what he did. I came across him by accident – I went down to my town where I live, Turnbridge Wells, in England – and there was an open air jazz gig going on, in this open-market. I stopped by for a pint and watched this guy for half an hour, and was absolutely blown away. He was just amazing. And then half-way through the gig, they said, ‘We don’t have Darby for very long, because he’s off to do a prog tour.’ And of course when I heard that, I thought, ‘Right. There we go.’ So we hooked up. It was just a chance for us to use a few different ‘flavors,’ and enjoy that difference.” 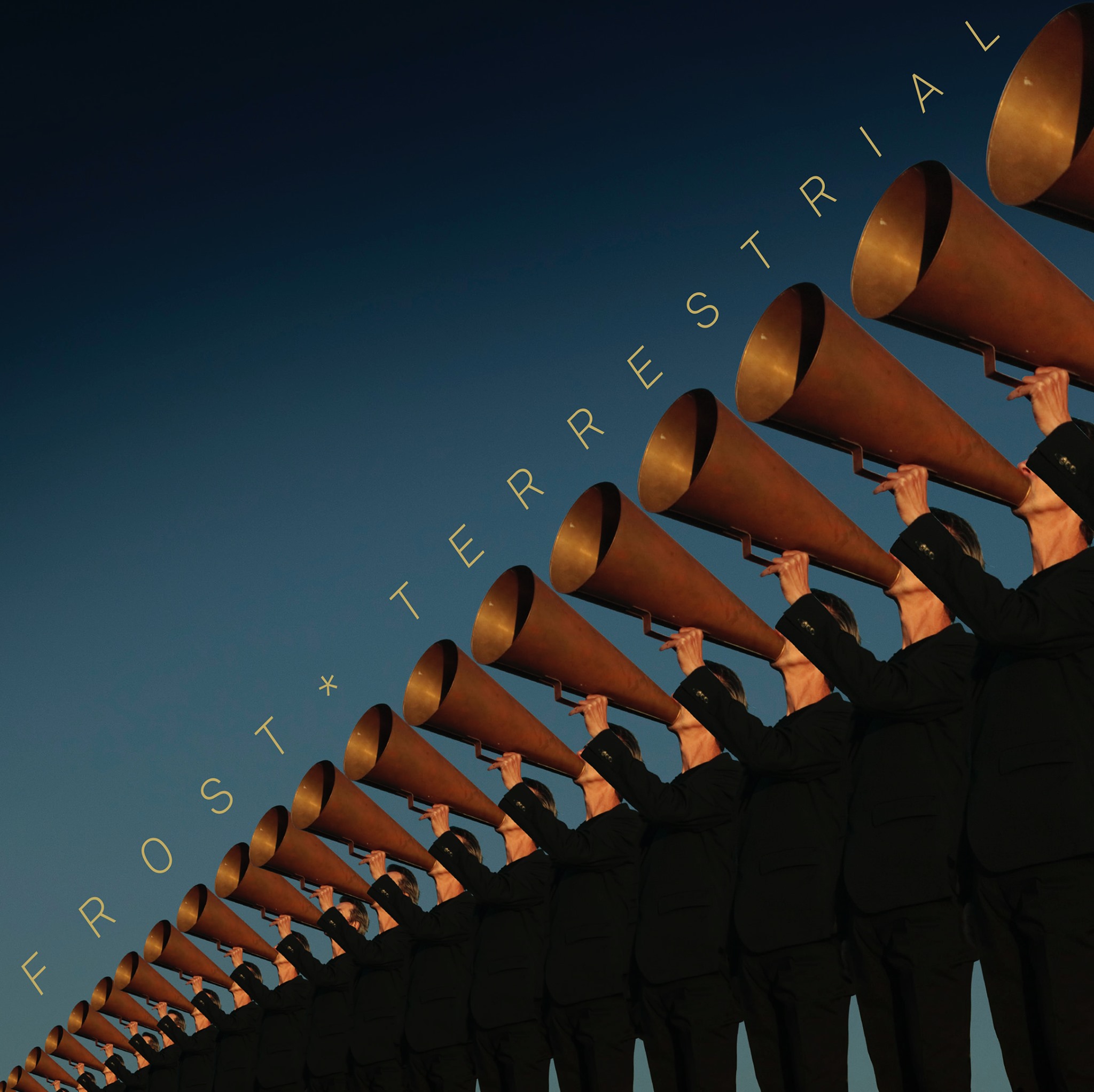 John Mitchell: “I don’t know if you’ve ever heard of a guy called Donald Crowhurst – he was a guy that entered into the 1968 round-the-world yacht race. He was a guy who foolheartedly believed that he could…he was a ‘weekend sailor,’ he had no real experience of doing a long-distance voyage. And he decided – because there was a lot of money if he were to win this race – to have a go at it. And unfortunately for him, he didn’t realize the psychological toll it would take on him. He realized when he got to the Southern Ocean, his boat wasn’t really ready to go anyway – it was letting in a lot of water. So, when he got to the Southern Ocean, where the waves get like, 25 feet high, he was going to die, basically. Or if he went home…he used his house as collateral to get the loan to build the boat. So, instead of doing that, he decided to go and hang around Argentina for a while and wait for everybody else to come round. He was basically loitering there and hiding around the coast of Argentina. And then eventually, he brought up the rear, so to speak, and he had a psychological breakdown, and his boat was found drifting in the Sargasso Sea – and that was the last anybody heard about Donald Crowhurst. But it’s kind of an apocryphal tale, really – it’s basically about how in this culture and this day and age, we’re told that we can achieve anything. Which is bad information, I think – to pass down to kids. Some things are unobtainable and some things are obtainable. This was clearly a pipedream that was clearly outside of his grasp.”

BraveWords: What about the song’s video?

Jem Godfrey: “It’s just a lyric video, really. What it was, lyric videos can be quite dull, so John filmed himself singing to bits of it, and we just sort of put together as many crazy visual things that we could – to indicate that we were back. There’s no link really between the lyrics and the video – it’s just an excuse to have lots of flashing lights and muck around.” 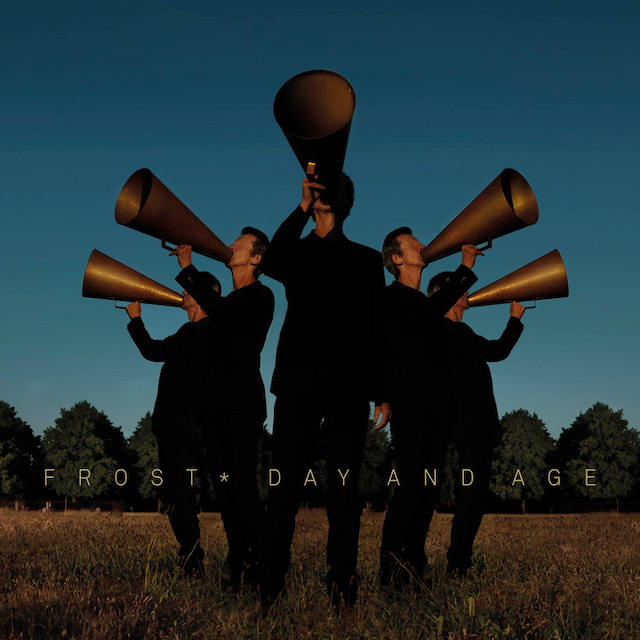 BraveWords: What’s the story behind the album cover image?

Jem Godfrey: “The concept is sort of explained in the track, ‘The Boy Who Stood Still,’ which is track four. I don’t want to be too specific, because then you nail the idea down to too much of an idea. It’s sort of how the world these days is full of people broadcasting, and not receiving. Lots of people are just putting out lots of content themselves. I wonder whether human communication is suffering as a result of things like TikTok and YouTube, and giving the power to broadcast to everybody, and the fact that everyone is doing it…but I don’t think those many people are listening.”

Jem Godfrey: “It was because we got to the end of our three-album deal with InsideOut. So, we thought it was a good idea to draw a line under those first three albums, as we embarked on the next phase of the band. And it’s taken us 13 years to make 3 albums – which is a bit underwhelming, in terms of output. It was just a good excuse to remaster the first albums, as well, and put some other bits and pieces in there that sum up that era of the band. There is a gig we did at Dingwalls in the ‘Craig era,’ and there’s also the gig we did for Frost*Fest in 2009. And there’s outtakes from the Falling Satellites album, which ended up being a six-track EP, b-sides, and works in progresses – for the more dedicated fan of the band.”

John Mitchell: “We are talking about there is another album – we have an option we’d like to fulfill, so there’s a desire to that. The reality of the live situation is it is a lot of effort. It’s the easiest thing in the world for fans of the band to go, ‘When are you playing in Scarborough?’ or wherever. It’s easy to say that, but the effort required to motivate the troops and get the engine going again…there’s a lot of logistics. We’re not reluctant to play live but there has a palatable sense that it’s going to be a good venue and well thought out. But the last show we did at Dingwalls was a roaring success, so I’d like to think we can build on that in the future – if the timing is right. We need a drummer – we’ve got three drummers, so we’ve got to tie one down and decide who is going to do it!”

BraveWords: What do you think of the term, “neo-progressive rock”?

John Mitchell: “It’s a term that conjures up the early ‘80s, to me. I think it describes Marillion, and I don’t think Frost* is anywhere in that sort of camp. At the risk of sounding slightly arrogant, I think Frost* occupies its own orbit, really. It’s lazy terminology – it’s not something I think necessarily is a term you can apply to Frost*. I think Frost* is very much its own creature.”