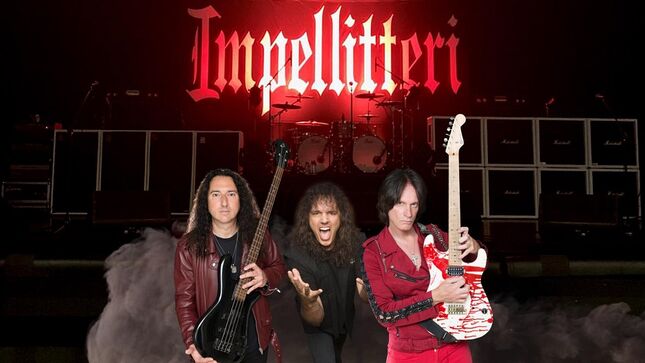 If a Swedish guitar virtuoso with a name that didn't exactly roll off the tongue was able to make a name for himself on the American metal scene in the '80s, there's certainly no reason why homegrown shredhead Chris Impellitteri couldn't do the same. As fate would have it, however, while Yngwie J. Malmsteen's neoclassical guitar mastery turned him into a household name only a few years into landing Stateside, Chris Impellitteri and the band that sported his name were regarded (or dismissed) as a late '80s flash in the pan. Nothing could have been further from the truth. While they remained relatively obscure in North America, Impellitteri was embraced in Japan and Europe from the get-go and have enjoyed a strong fan-following in those territories for the last 35 years. Wake The Beast: The Impellitteri Anthology is a long overdue love letter of sorts, to both the North American market and anyone who discovered the band with the dawn of the internet. The compilation showcases songs drawn from 14 releases between 1987 and 2010 - excluding only two albums in the Impellitteri catalogue - as well as Japan-only releases and B-sides. And the aim is quite simple: to show the metal world what it's been missing.

"It's interesting because we have the legal rights to our back catalogue," Chris begins. "For years, because we signed specific deals in specific countries and territories, those labels own the masters and the rights to them. We've always done Japan and places in continental Europe, but now that we have the rights back, we can release our entire body of work to basically every country, which is awesome."

When Impellitteri first surfaced it was very hard to miss them amongst the likes of Dokken, Poison, Stryper, Ratt and their glam slam brethren. Never mind the next level sonic assault reminiscent of Mr. Malmsteen; the band name was enough to give people pause. The assumption, all these years later, is that Chris & Co. went against record label recommendations to go with something that didn't sound like a high-end pasta dish.

"They saw the letters and thought it was some sort of virus," Chris laughs. "The truth is, it was actually the label that suggested we use the Impellitteri name. I was a huge fan of Van Halen, but the complexity of the name presented a problem for some people. To be honest, I was never comfortable with using it as the band name. As a kid it definitely affected my ego - 'Oh, they want to name the band after me, like Van Halen!' - but you're not thinking cognitively at that point. When we were finishing the EP, that was the suggestion from some of the record people. Once we released the EP, it blew up in Europe and Japan; it did really well, so at that point it was hard to change the name." 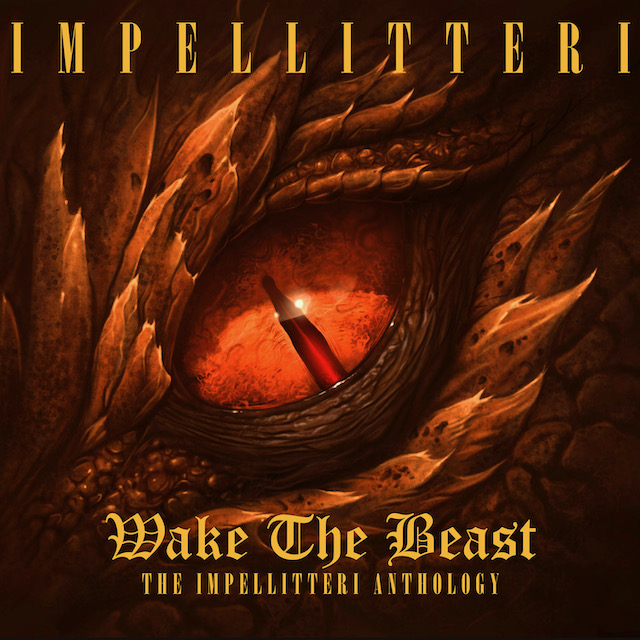 "You have a really valid point when it comes to the complexity of the band name," he continues, "because when we did (first full-length album) Stand In Line, I didn't think that was an Impellitteri record. If you listen to the EP, which started our career, it was bordering on thrash. Rob Rock was our singer, and after doing some shows he decided to leave the band because he wanted to go in a different direction. We had signed a deal with Sony and Relativity Records, and we didn't know what to do. Thank god I was friends with (vocalist) Graham Bonnet. He entered the picture, but the problem was how to write for Graham because at the time he wasn't into the speed and thrash metal, at least not considering what I'd heard him do up to that point. To this day, I think Stand In Line is a tribute to what Graham did with Rainbow. He's the star of that album; he's amazing. I'm not a fan of the way the album sounds. I hate the way they mixed my guitars on that record, but I will always be grateful for the song 'Stand In Line' because it put us on the map. That was the one record where I thought we should call the band something other than Impellitteri."

Impellitteri has had its fair share of line-up changes - including the likes of Chuck Wright (bass), Pat Torpey (drums), Stet Howland (drums), Glen Sobel (drums), and Claude Schnell (keyboards) coming through the ranks - with Rob Rock and Graham Bonnet trading places seemingly every couple albums. The band has continued to do well in spite of this.

"The key thing is that Impellitteri is a band. It has never been the Chris Impellitteri Ego Show, with me and my hired guns. It's never been solely about me. There have always been four or five band members contributing to making this music and the live performances. So even though we've had Rob and Graham interchange a couple times, for the most part we've had a pretty solid line-up. And what they bring to the table really delivers." 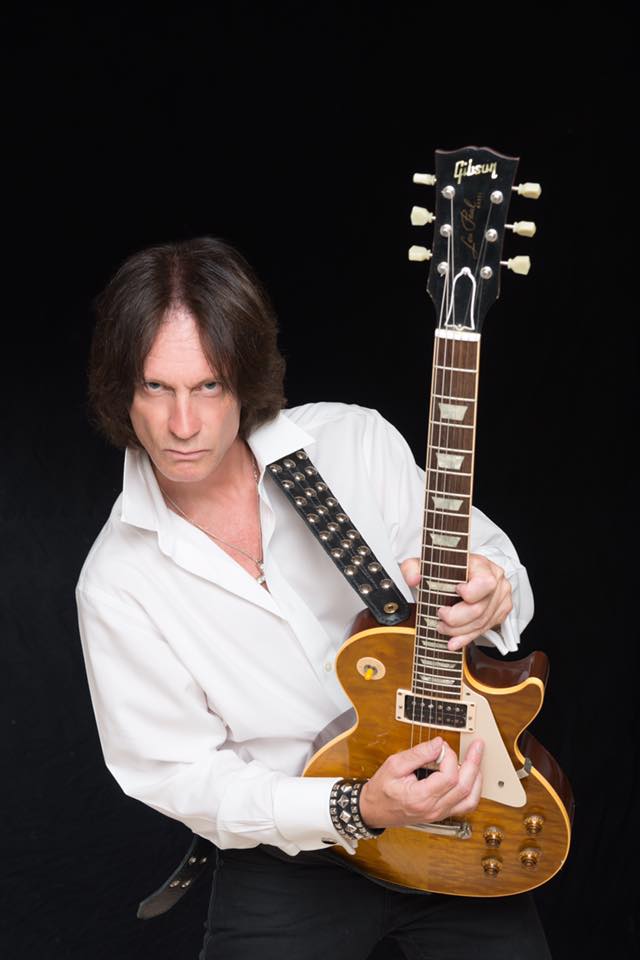 Unlike a lot of anthologies and Best Of packages, Wake The Beast is not the result of a contractual obligation to a label. Chris was hands-on when it came to assembling the anthology, but he freely admits it wasn't his brainchild.

"We let a gentleman by the name of Giles Lavery - who is actually a great singer as well - came into our lives to manage the band, and he's very passionate about what we do. It was actually his idea to do the compilation because there are so many people around the world that don't know anything about the band. I eventually conceded and we got the legal rights back, and from there I got involved with putting the tracks together within the evolution of the band."

"One thing I want to be blatantly honest about, because we get this question a lot, is that the songs have not been remixed," he adds. "Absolutely not. Why would we bastardize something that we got right the first time? We used some of the best engineers and producers and studios to capture what we do, so Wake The Beast features the original masters. We're really proud of this music, and the idea is to get it out to the people that never really had accessibility to Impellitteri. Now, pretty much everyone around the world will be able to have it."

Although Impellitteri has had no real foothold in the US, they've been able to release 11 studio albums, three EPs, a live record and a compilation prior to Wake The Beast. Unlike a lot of American bands from the '80s that owe their success to home ground support, Impellitteri was drawn the other way and never looked back.

"I would agree with that," says Chris. "In all the interviews we've been doing, everyone has been talking about Impellitteri being so famous in Japan... and the truth is I don't know what happened or why it happened. Maybe with Japan it was a case of being in the right place at the right time for that kind of music, and it exploded. In certain parts of Europe, we've had good exposure as well. In America we had our 15 minutes of fame in the late '80s, but today we're nowhere near any of that. A lot of friends and fans around the world - especially in the rock media - tell us they don't understand why North America more or less ignores us, but that's okay with us. We have our own sound; we do what we want."

Chris offers a possible explanation as to why America turned its nose up at Impellitteri:

"People never knew how to categorize us at the beginning because we sure as hell weren't a hair metal band. We didn't fit in with the Mötley Crües and the Poisons. We would have fit in much better with bands like Helloween, stuff like that. There was always that 'What are you guys?' factor, and I think that's what held us back. We know there are people in North America that are very aware of Impellitteri. It was just hard to reach the masses because for a lot of the metal media and radio in America we're like the black plague." 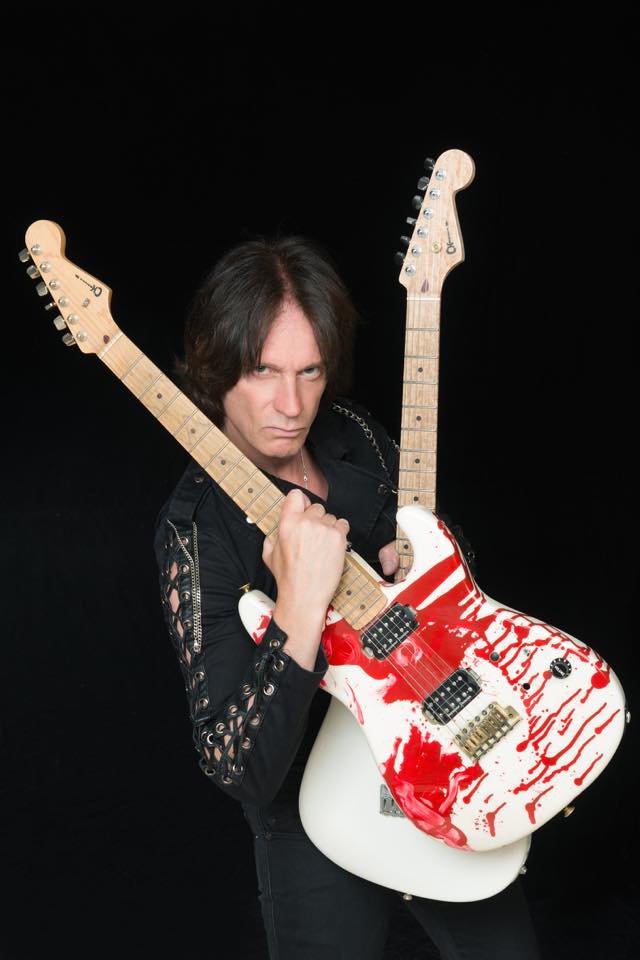 As for Chris' hopes for Wake The Beast...

"The purpose is to have that content out there for the masses. Everything we do is somewhat calculated, so the idea now is to build and grow our audience one person at a time. We want to bring new people into the Impellitteri family every day."

Which is significant in that not many bands have that chance 35 years into a career, and one that shows no signs of slowing down.

"I talked to Rob and James (Pulli / bass) about this," Chris reveals. "We've been with a company called JVC Victor in Japan - I think they have Helloween, Bruce Dickinson's solo stuff - and we signed with them in 1991. It's incredible that we're still with them. Now we have representation through Frontiers for North America and Europe, but it's remarkable that we're still here. I started this band almost as a teenager, and here we are how many years later? We're still touring, we have new fans, and it blows my mind."