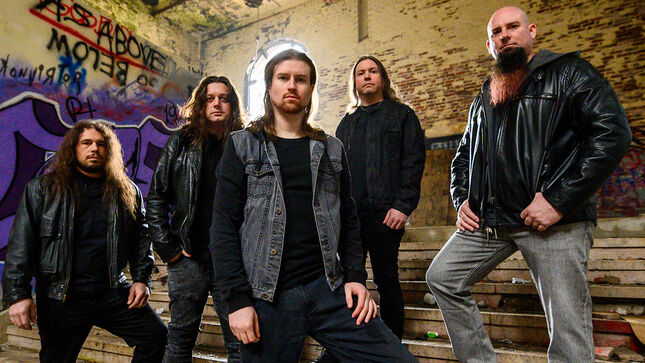 Silver linings have been hard to come by throughout the COVID-19 pandemic. But through grief, and the ever looming potential for fear in isolation, time and creativity were a luxury.

That time, rare afforded to traveling artists, resulted in the birth of metal supergroup Living Wreckage.

Donais, between lengthy world tours with Big four thrash icons Anthrax, and reunion gigs with Boston metal heavyweights Shadows Fall, sat down with Brave Words for a deep examination into Living Wreckage, while also touching on the status of his various projects and love of all things heavy metal.

BraveWords presents a series of excerpts from our lengthy sitdown with Donais, delving into everything from Anthrax to Shadows Fall, Living Wreckage and much more! 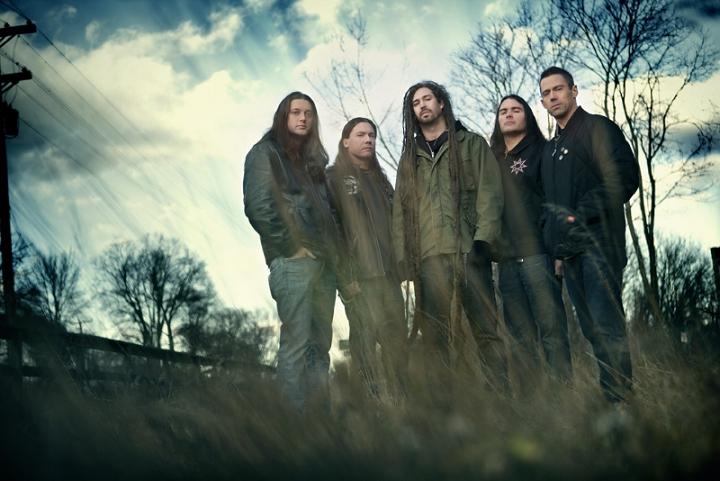 “We're (Shadows Fall) just kind of taking it light right now and seeing what happens. We have one more show. We have Furnace Fest coming up at the end of September and then nothing is booked after that. So I don't know what's going to happen. But we're loving playing right now. We're hoping that it leads to more. Personally, I never wanted to stop touring or playing, but a couple of the guys, you know, have kids and stuff and day jobs. So it's not as easy for them to just take off and go, but I'm hoping more stuff comes down the road.

“Well, we all agree we want to take it slow and make it be fun and have a no pressure deal. We don't have anyone to answer to, which is nice. We can do it on our own terms. But when Jason (Bittner) and I are home, because Jason plays in Overkill, we jam once a week whenever we can. And that has led to some jamming of new material. So, whether it's going to be a song or two, an EP or album, I don't know. That's a little bit too early to tell, but we're definitely jamming on new stuff. I've written a few songs that I've shown the guys, so I don't know. Hopefully it'll see the light of day sooner than later.” 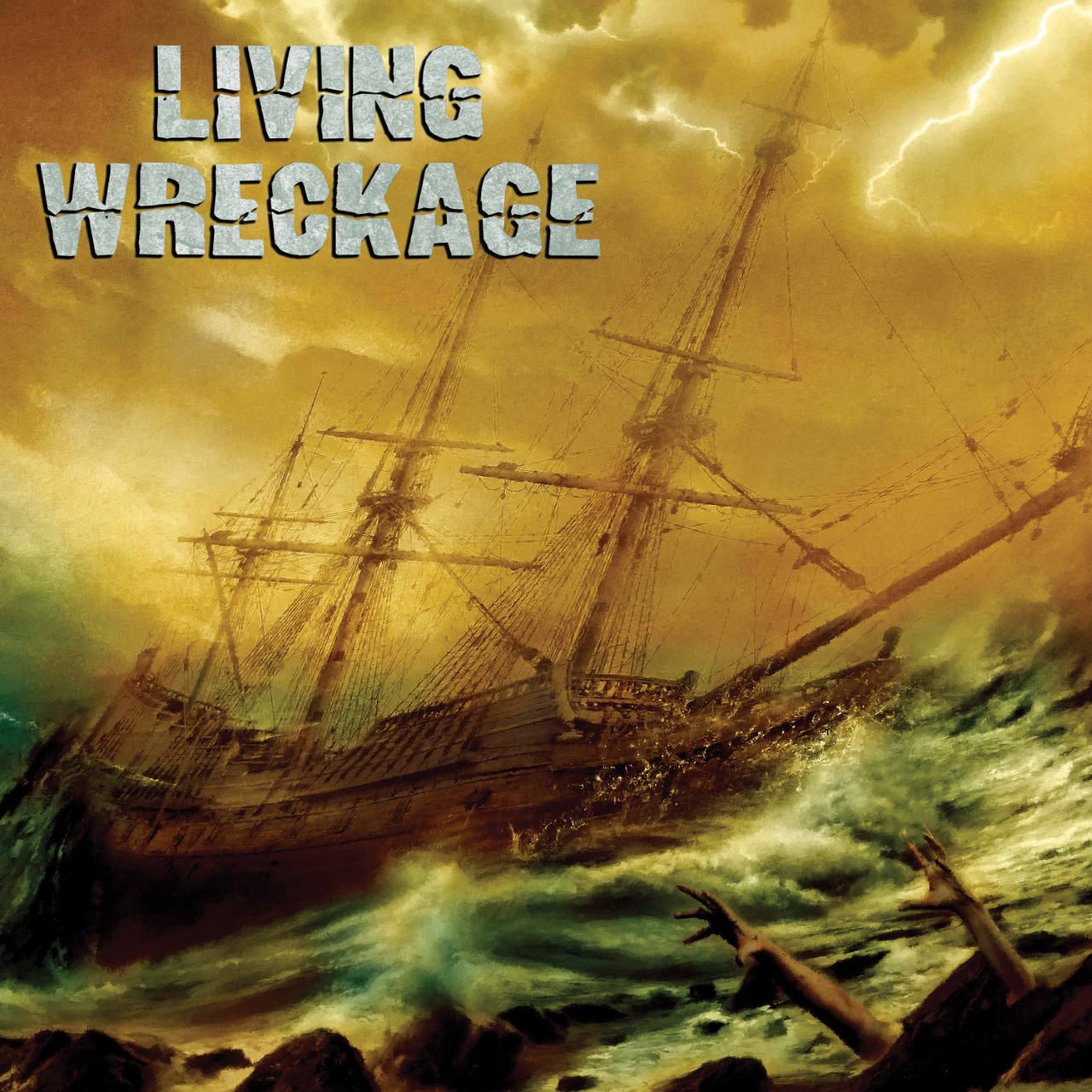 “Matt (Bachand) and I, after Shadows Fall was on hiatus, we always knew we wanted to jam and be in a band together because we've been close friends since we were teenagers. We have a lot of the same influences, so we knew we were eventually going to get back together. It was just when do we find the time to do it? And there was some time during COVID. Lots of time. So we put the Living Wreckage band together.

“We want this to be a band that goes on the road and puts out records. When I started it, that was the thing, because I didn't want it to be just an email band with here's my songs, here's your songs. And then you just like to see each other in the studio and then you can never jam again. I wanted to make sure people lived around here and that we could get in the basement once a week and just do it the old school way of, you know, having some beers, jammin and just having fun with friends. And that's what it is. We're all friends from the same area. We're in the same scene. So things fell together really quickly and Matt LeBreton, the other guitar player, he writes a lot too. So between the both of us songs are coming out left and right pretty fast. And like I said, Shadows Fall, it's not much of a touring band anymore, and it's not a full time band anymore. So I wanted something that I could write for that could possibly go on the road and do more stuff. And with Living Wreckage we're all keeping our fingers crossed that we can get to that.

“I wanted to make sure that Living Wreckage wasn't held back by me if I have other commitments, because Anthrax tours a lot. So I made sure that I got covered. I got a guy who could fill in for me if opportunities do arise. So nothing's going to stop Living Wreckage from still going out and playing. I mean, if Matt (Bachand) and I are both gone it probably won't happen, but if I'm gone, I think they will do just fine.

“Well, that was a big thing. I knew I wanted a melodic singer for the project. It's just we got lucky and Jeff (Gard) can cross between both the screaming and the singing, which at first I wasn't even really concerned about screaming. I really just wanted a melodic, good, hard rock singer, metal singer, just like the stuff I grew up on. So that was what I really wanted. And lucky enough, Jeff (Gard) delivered. The whole thing was I wanted to kind of cross my two favorite genres, which is thrash metal, the big four, that kind of thrash metal and arena rock, stuff like Skid Row, Tesla, the mainstream MTV stuff that was in the eighties. And then also nineties metal and rock. Bands like Sepultura, Nevermore and Alice in Chains, Soundgarden, stuff like that. I just kind of wanted to put it in a blender and see if it could work out.

“The main thing was just to have songs and memorable songs that weren't just run into each other like, oh, here's just nine songs and I don't know which ones which. I wanted them to have their own vibe so it doesn't get boring listening to it. Some heavier stuff, some straightforward rockers. I think it could cross between the underground metal scene and the hard rock scene.” 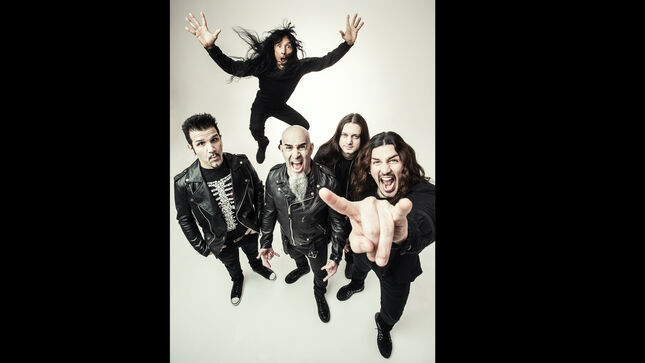 “If you had told me that (he would be a member of Anthrax) when I was 13 or 14, I would have just told you that's impossible to happen. I still can't believe I'm in the situation I am in because I'm on stage right, and I'm looking over to the left and it's the four other guys. So it's not like there's just like two guys left. It's like I'm the only guy not from the classic lineup. So that's really cool to see the other four guys. Like, I don't know how I ended up here. It's an amazing ride and honestly they were one of the first thrash metal bands I got into because of Joey's singing, because I came from more of the mainstream MTV, which was played in the daytime. Like I was just saying, Skid Row, Guns N Roses, Tesla, Whitesnake, all that kind of stuff was like my first love in music and that's what really got me into stuff and wanting to play guitar. And then I saw ‘Antisocial’ on MTV and because Joey is pretty much a melodic hard rock singer, that helped bridge the way for me because it wasn't too over the top. And I was like they still had that hard rock sensibility. So they were one of the first thrash bands that I actually got into. And then from there things just get a little heavier and heavier.

“And I love it all. I never drew the line in the sand where it says you can't listen to the glam bands or hair bands, whatever people want to name their genre. But I love Carcass and I love Cinderella. You like what you like, you know? So it's like both of them make me feel good. I'm going to listen to them.

“Without that record (Among The Living), I don't think there'd be a lot of bands in metal today. For sure, Shadows Fall was influenced big time by Anthrax and still to this day there's like six songs that are always in the set or rotating. It's just you play those songs and people go crazy. There's some magic in there, you know? And you see it. You play something like ‘Caught In A Mosh’, people just lose their minds ‘Among The Living’, ‘I Am The Law’, ‘Indians’, they go crazy.”

“We have a good second record already started (for Living Wreckage). We just need to get together and jam. So I think fall and winter, beginning of the winter, we're going to really demo out those songs, get a feel for them. I think Shadows Fall will keep jamming too when
I'm home, maybe new stuff with that. And then hopefully Anthrax will have a record too, by next year, I hope.