NEXT TO NONE - Metal To The Max

feature heavy metal next to none dream theater 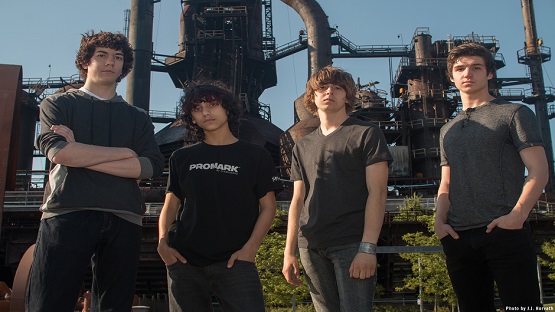 There's an unwritten rule in rock and metal that if you're not legally allowed to drink, you don't deserve a record deal.

Basically, you have to pay your dues before a Corner Office Suit gives you the opportunity to sign on the dotted line. It should be a process of getting the band out of Mom's basement and into the garage, tormenting the neighbours with crap covers and even worse originals, being ripped off for rent at your first rehearsal space, asking Dad to bail you out of debt or jail (whichever comes first) before finally locking down that fateful first gig in front of a potentially hostile audience on the way to the big time. So it goes that when people discover newcomers Next To None - consisting of members aged a mere 16 and 17 - sitting pretty with a contract signed to InsideOut for their debut album, some folks dismiss them without hearing a note.

Drummer Max Portnoy has the added pressure of being the son of living and very active drum legend Mike Portnoy, who made a name for himself as a founding member of prog metal kings Dream Theater. Mike currently calls The Winery Dogs home, but divides his time with several different artists including Neal Morse, Flying Colors, Metal Allegiance and Twisted Sister. The thinking is that Portnoy family ties led to InsideOut picking up Next To None and that Max wouldn't be anywhere without dear old Dad. Max is quick to shut down that line of thinking with regards to the latter.

"He didn't push me into it or anything like that," he insists. "Being in a band is something I've always wanted to do. Growing up watching my dad play drums did influence me in getting interested in making music, but he never forced me into learning how to play drums. I knew I was going to be a drummer when I grew up, I never questioned it. When I got older and met Kris (Rank/bass), that's when I decided I was going to form a band. We started playing covers before trying to write our own songs, but my dad didn't have anything to do with it." 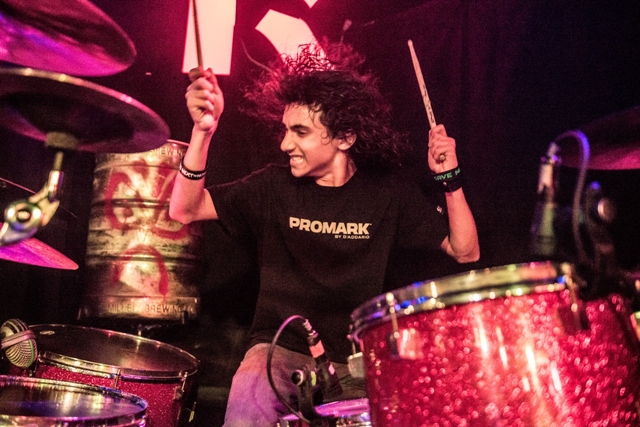 "Next To None was formed in 2012. At that point we wrote the stuff that's on our debut EP and we were doing cover shows in the area. It wasn't anything too serious. We've been songwriting since then and working on the stuff that eventually turned into (new album) A Light In The Dark. We started getting serious going into 2014."

It's a bit disconcerting when a 16 year-old starts talking songwriting and has the proof to back up the claim that he and his bandmates know what they're doing. Particularly if you have the life experience of a 40-something adult and can't write 16 bars of music to save your life.

"It just comes naturally, to be honest," says Max. "That's probably because we've always go into making music just to have fun with it. Even now, Thomas (Cuce/vocals, keyboards) came over today just to hang out and we came downstairs and started writing some new music. It's a hobby, really."

As for being taken seriously, Next To None hasn't had as much of a problem with it as one might expect.

"That goes a lot of different ways. For the most part people are genuinely curious to see if we're any good, but there are some that don't believe Mike Portnoy's son is any good playing drums. They'll check us out for just that reason and end up being appreciating is and being super supportive of Next To None. And then there are people that don't even bother checking us out because we're just kids and can't possibly be any good. We also have fans that got into the music without even realizing that we're teenagers."

It's comforting to hear Max's enthusiasm when discussing these initial steps towards what could be an echo of Mike Portnoy's rise to popularity. His is certainly not the voice of someone with the expectation of privilege.

"It's awesome," he says of Next To None's current buzz. "This is what I've wanted to do ever since I was little. The fact that we got the Haken tour a while ago and we have these shows coming up with Fates Warning is so cool. I can't wait." 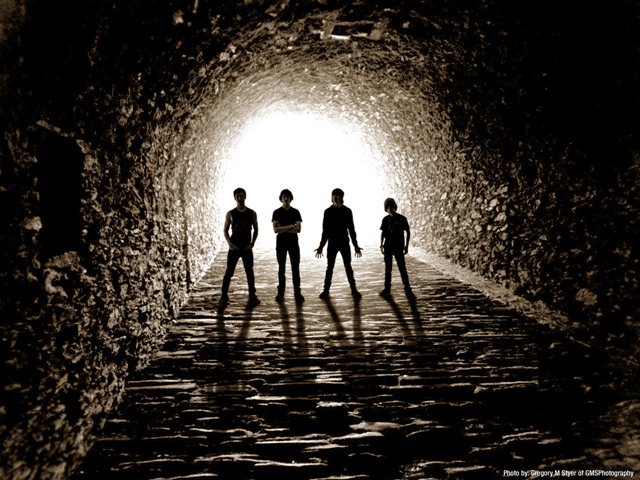 It's a no-brainer that Portnoy Senior has played a role in shaping the path Next To None has taken, at least as far securing live gigs goes (supporting Adrenaline Mob, Haken, Fates Warning). Mike has never made a secret of how proud he is of his son's accomplishments (and has been reamed via social media numerous times for it), but he was quick to point out in an interview we did last year that Max has developed his own style as a drummer without instruction from him.

"When I was 5 years-old I started taking lessons at a place called the California Drum Shop near where I live," Max reveals. "I've had the same teacher since then, my dad hasn't really taught me. Watching him play as I've grown up has inpsired me, for sure, and I do pick up stuff from him, but basically everything I know I've learned from taking private drum lessons with my teacher. My dad is always on tour, too, so he doesn't have time to teach me."
Mike did make time to play producer for A Light In The Dark, something that shouldn't surprise anyone who has followed his career.

"It just kind of happened, we never really talked about it," Max says of his father hitting the studio with Next To None. "We started doing pre-production for the album with him, but we never said 'Oh, you're gonna be our producer.' When we got to the studio it was just an instinctive thing to have him produce the album. It was never a decision but we're not unhappy that he did it (laughs). We liked having him there. It wasn't just me that grew up with my dad; I've known Kris and Ryland (Holland/guitars) since Grade 1 so it was a good time. It was great to be able to drive home from the studio and listen to the rough mixes and talk about what we were hearing, what we'd recorded." 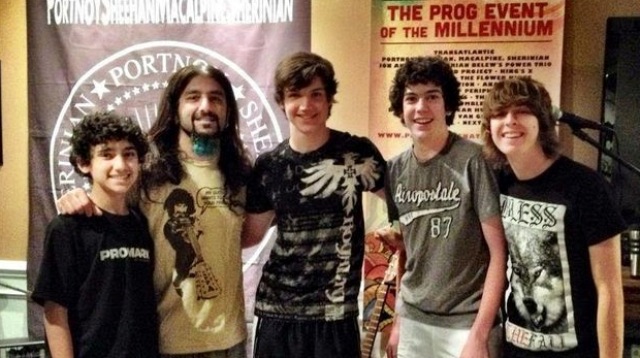 And what's the band's opinion of A Light In The Dark now that they've had time to live with it?

"Me personally, once in a while I hear a part of the album and think I could have put in a cooler fill or something, but they're just minor things. The whole band is really proud of the album. It came out how we wanted it. The EP is completely different from the album, and I honestly hate listening to it (laughs). We were so young then and we thought we were so cool. The difference between the EP and A Light In The Dark is like day and night, but I think the EP is impressive for a bunch of kids."

Agreed, and it established Next To None as a next generation prog band. Going into A Light In The Dark thinking of them that way is a huge mistake, as many people have discovered over the last few months. For all the prog the band serves up they've also harnessed a full-on modern day metal approach, complete with in-the-now growling vocals. On the day of this interview the band released a lyric video for the song "You Are Not Me", a much different animal from their official debut with "Fortune Cookie" two years earlier.

"That's one of my favourite tracks because it's just a complete metal song," says Max. "It's nothing like the EP, where you could tell we were kids. The new songs are heavier, they have more depth and more meaning I guess you could say. The screams were something we came up with in the studio. Tom said something about he could try screaming on some tracks, so he practiced at home. When we got to the studio we started throwing them in. The album was more or less done when we went into the studio, so 'You Are Not Me' was originally all clean vocals and we changed it to the screamo stuff. It sounds a lot cooler now."

Work has already begun on the band's next album, as the quartet is bent on not being regarded as a flash in the pan.