POLYCHUCK - “I Blend Together Sounds Of Progressive Rock, Urban Music And Metal” 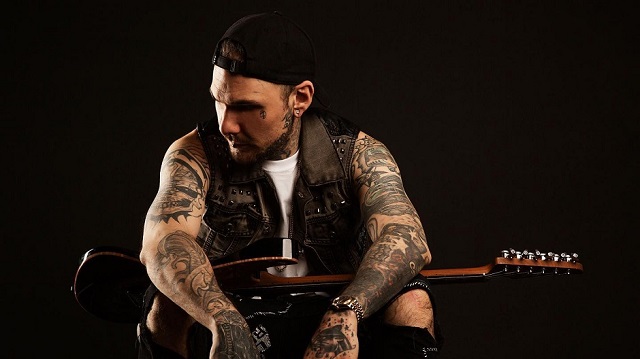 Few modern day artists are as hard to pin down to a single musical style as the up-and-coming Polychuck. Is he pop? Rock? A six-string shredder? This Canadian multi-instrumentalist/singer/songwriter seems to be able to handle it all – as evidenced by his new EP, Shadows Exposed. The man himself spoke with BraveWords correspondent Greg Prato about the EP, his eclectic style/approach, and his interest in martial arts and kickboxing.

BraveWords: Where are you from?

BraveWords: I hear quite a few different styles in your music. How do you define your genre or style as an artist?

Polychuck: “I would say that it’s alternative rock but without trying to fit the mold. I guess we can say that it’s a little bit on the ‘prog’ side. I blend together sounds of progressive rock, urban music and metal. Everything I like, basically.”

BraveWords: How did the new EP, Shadows Exposed, come together?

Polychuck: “I’ve been writing music for years but the beginning of the pandemic was really the moment I decided to take it to the next level. Some of the songs on the EP were already written as demos, but my style really got defined during the pandemic. Especially with the arrangements.” 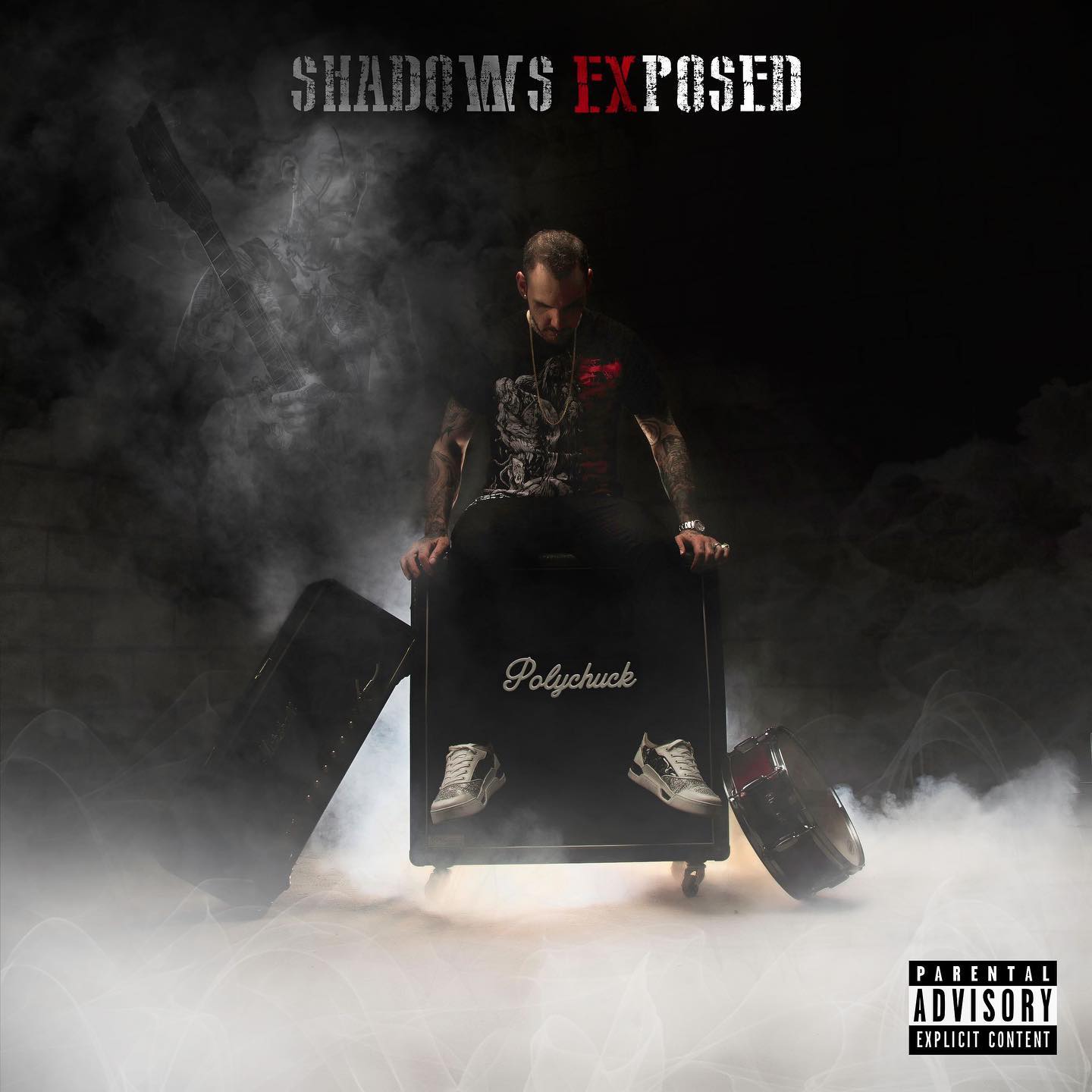 BraveWords: Is it true that you played, produced, recorded, and mastered everything on the EP?

Polychuck: “It’s absolutely true. Everything on there was played, recorded and produced by myself at my home studio. Some of the instruments I didn’t have were added as samples with a MIDI keyboard that I also played – i.e., the brass section In ‘Beating Myself Down’ or the turntable scratch in ‘Exposure’.”

BraveWords: Please discuss the lyric inspiration behind the songs “Beating Myself Down” and “Exposure,” as well as memories of filming videos for each.

Polychuck: “‘Beating Myself Down’ was a text that was already written before the song was composed. It was very dark, almost too much, but I knew there was something to do with it. The song has a very uplifting groove and is almost the opposite of what this text would normally fit on but I thought it was perfect. It made it almost caricatural and that’s what I loved. I’m singing about how life is horrible over a lighthearted pop rock song. Even the brass section adds an extra element of fun. The music video tries to show that we all have different facets of ourselves that sometimes are in conflict with each other but at the end of the day we shouldn’t take it too seriously. ‘Exposure’ was a little bit different. I wrote the text after the first instrumental demo was done. I really wanted it to be a callout song although it’s not directed towards anybody in particular. Partly inspired by ‘Break Stuff’ from Limp Bizkit, the groove and the chords really make it the perfect song to express resentment! The music video is literally me having a kickboxing fight with somebody and I think it speaks for itself!” 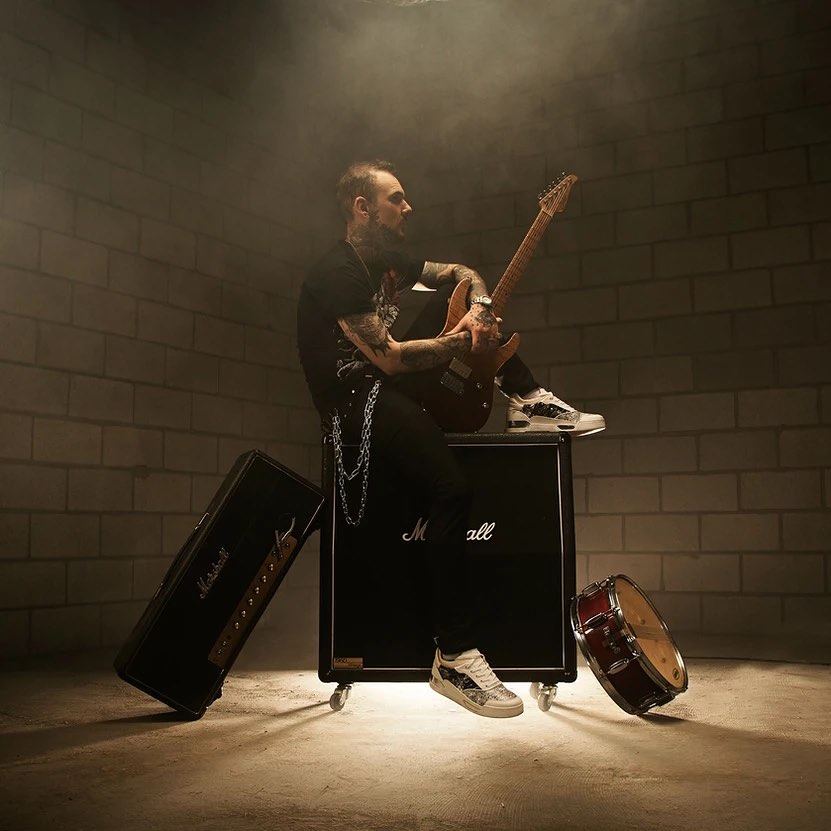 BraveWords: How long have you been playing guitar and who inspired you?

Polychuck: “I’ve been playing guitar now for over 25 years. My first inspiration was of course my father. He was a big fan of prog rock and Americana from the ‘60s and ‘70s. Needless to say that he had a guitar and spent a lot of time strumming and singing some of his favorite songs. He bought me my first guitar when I was 6 years old. I learned the basics and played some of the same songs he played until I was about 10 and heard Metallica for the first time. I then knew I was gonna be a shredder. I became interested in the greatest players of all time like Paul Gilbert, Steve Vai and Yngwie Malmsteen, and went on to study their playing. Nowadays the guys that I look up to are mostly in the modern jazz or fusion world. Guys like Allan Holdsworth and Ben Eunson. I also want to mention my guitar teacher from back when I was in college doing my music degree. Mike Gauthier – an outstanding bebop player.”

BraveWords: I heard that you practice kickboxing and that you've done ‘smoker fights.’ Please explain what smoker fights are, and do you plan on going pro?

Polychuck: “Smoker fights are simply amateur fights with all the same rules as pro fights but without an official winner, meaning that they’re not sanctioned fights. It’s exactly the same experience as any other fight and I’m glad I did it. I am a very passionate practitioner of martial arts but I don’t think I’ll ever go pro. I know that my journey is in the music business but I’ll never stop training and enjoying the lifestyle of a fighter!”