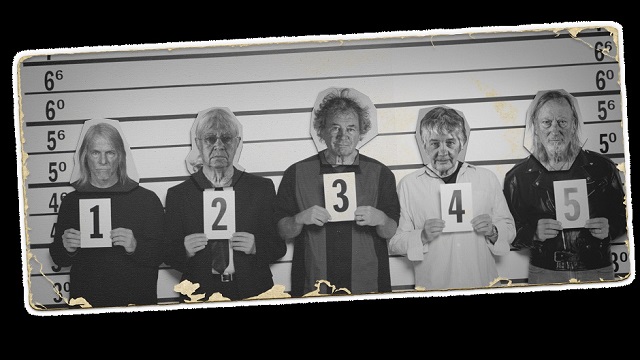 “Don’t tempt me,” chuckles Roger Glover, on what Ritchie Blackmore would think of Turning To Crime, the band’s new covers album. “I’m not going to talk about that. You know, who knows? He’d either think it was brilliant or awful. So there you go.”

Then again, The Man in Black hasn’t been in the band for close to 30 years, having been replaced by Steve Morse, who can count this trip down memory lane as his eighth studio album with the band. But of course it’s got an asterisk next to it because it’s Purple doing “Jenny Take a Ride” and “Oh Well,” an old Bob Seger called “Lucifer” and more old classics until we get to a medley called “Caught In The Act” where we hear… even more very old classics.

“Because we’re a band of musicians, not just hard rockers,” reflects Roger, on the surprise batch of songs the band picked to make black and blue and purple. “You know, our reputations belie the fact that you can actually do other things. And I guess we’re lucky enough to have a band that can we really play well. It all comes down to music. We’re musicians first. We’re not sort of pranksters thinking about the stage or picking songs based on what other people want. We’ve always kind of gone out of our way to be ourselves. And all that music is what we grew up with. And even Lonnie Donegan, skiffle, that’s represented in there. Ray Charles. There was no difference in music back then. Now it’s all, you know, genre, genre, genre. We’re multi-genre-ed to death; it’s crazy. But to us, music is music. A good song is a good song.” 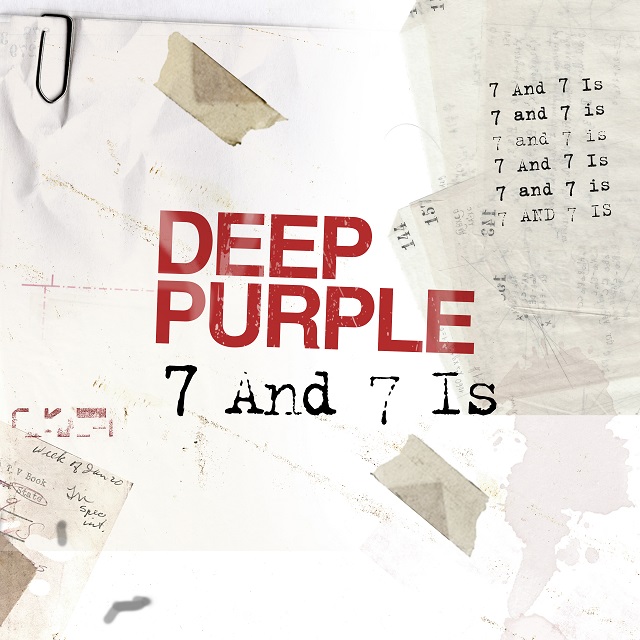 The Purple guys definitely play well, which can be heard—and seen; there’s an excellent Youtube video of it—on the band’s cover of Love’s “7 And 7 Is.”

When asked why they picked that as the first single, Roger notes that, “the record company wanted a different song. But I felt that that was fresh enough and new enough and ferocious enough to grab attention. And I think I’m right. I still think I’m right. They wanted the Cream song, ‘White Room.’ Probably because it was a more well-known song. I think that’s what they were after: having something that might get some radio play or whatever. But I didn’t agree with that. ‘7 And 7 Is’ showed a sort of hard rock side to a song that very few people have heard. It’s been covered a few times, but still, not many people have heard it. In fact playing the album to people younger than myself, 20 or 30 years younger, or even ten years younger, they don’t recognize half the songs.”

Offering a bit of pushback, I note that people definitely have heard, many times, “White Room” and “Shapes Of Things” and “Oh Well.”

“Sure, except, I mean, I played it for someone the other day, and it was ‘Who did “Shapes Of Things?” I’ve never heard that.’ ‘It’s a very famous song. The Yardbirds.’ ‘Never heard of it.’ So unless you’re in the business, or in the business of really being into music, you know, loving music, it’s likely that when people are born in the ‘80s, or the ‘90s even, that they’ve got no idea what half of these things are. It’s all old-fashioned stuff to them. Not to us, but to them it’s still very fresh and maybe it’s an education for a few people. All the songs are very much part of our lives. ‘7 And 7 Is’… before I was in Purple in another band, we used to do Love songs on stage. It’s unusual writing. And that whole thing from the West Coast was an eye-opener, the San Francisco scene. But we had thought, well, should we do something from the last ten or 20 years? But nothing came to mind. I mean, yes, we are aware of stuff, but nothing came to mind. And what really came to mind were the songs we loved and became a part of us.”

Speaking of “Oh Well,” Roger, plunker of the fat strings in the band, cites this one when asked about favourite bass parts. “‘Oh Well’ was quite a challenge. Yes, I know the song is difficult enough anyway, but Steve did a demo for that and inserted a sort of phantasmagorical piece that required lots of scales. And I’m actually at heart a simple bass player. So he’d presented me with a lot of hard work to do. But having done it, I realized, you know, what he wrote was great.”

And it’s not surprising to see Little Feat covered here, Roger having been turned on to them by the guys in Nazareth. “Yes, they’d told me about them, basically. I hadn’t heard anything. And by that time I think they’d had Sailin’ Shoes out. And of course I absolutely fell in love with them. Later, I had been in a desperate mood one day, having fought with my then girlfriend—or wife; I can’t remember what year it was. And I was driving around London in an angry mood, having left the house, and I sat outside the Victorian Albert Museum with no place to go. This is two in the morning. And I just sat there in a depressed mood and I stuck this eight-track in that I’d just got: Dixie Chicken. And that song just blew me away and my depression lifted immediately. I went home, sorted everything out. So you know, that one has an emotional context to it for me.” 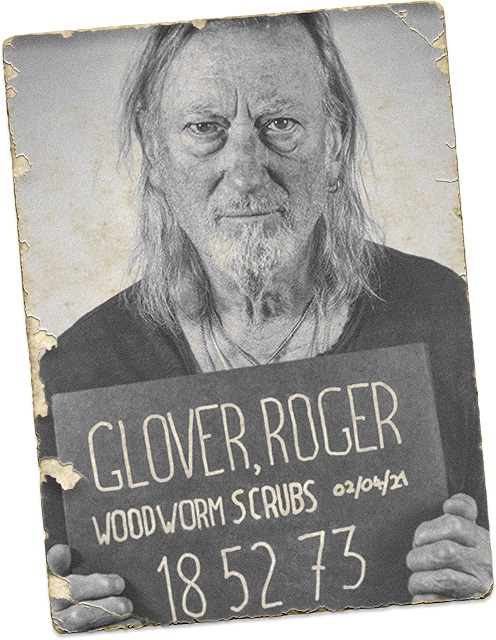 Given how bluesy and traditional the album is—or let’s call it kind of boogie woogie, more like—I asked Roger who in the band is indeed most blues-adjacent.

“Well, Paicey is the jazzer. He kind of grew up with swing music. Which turned into jazz and therefore jazz and blues go together hand in glove. So I guess probably more so Paicey. Steve is certainly capable and Don is certainly capable. I played in blues bands. We’re all connected in a way. Maybe Ian Gillan is probably slightly less than anyone. It’s not that he doesn’t like it; it’s just a different style for him. But I don’t even know what blues is. You get to defining it and you get lost. It’s a happy album. That’s what I think about it. As I listen to it now, there’s a happiness about it. There’s a contentment. The whole idea was that we weren’t just going to copy songs. In some places we were going to add to them, put solos in them where they didn’t exist, do arrangements of the song. The song is still obviously what it is, but I like to say it’s Purple-ized. It was really an experiment to start with. We didn’t know if it would work, and after a song or two we realized we were onto something that was good.”

Turning To Crime is in fact a product of these Covid times, and for a pretty interesting reason that is quite unique to Deep Purple.

“Yes, well, we can work independently of each other in some form of another,” explains Glover. “We all have home studios. Well, home studio… a computer is your home studio. And I have a computer and ProTools and stuff like that. And so does Don and Steve and Ian Paice. Ian Gillan was the only one without a studio. So we waited until all the stuff was finished before we took four days and did all the vocals. And that was in a friend’s studio—Peter Gabriel’s private studio. Because Bob Ezrin knows him well, and he allowed us to use it.”

“But the problem is we can’t write together,” continues Roger, “and writing has to take place when we’re all face-to-face—it’s a group effort. So we can’t write songs… in fact, we don’t write songs—they just jam and they appear. So for a next record, being together to do that might be difficult. We don’t know. We’re planning on touring next year, but if that doesn’t happen, sure, we’ll be working on another album of some kind. Someone suggested recently we should do a trio of covers albums. I mean, who knows, it might be end up being that way. We have to be pliable. That’s all we can be.”