SANCTUARY - Revisiting The Past Through The Looking Glass 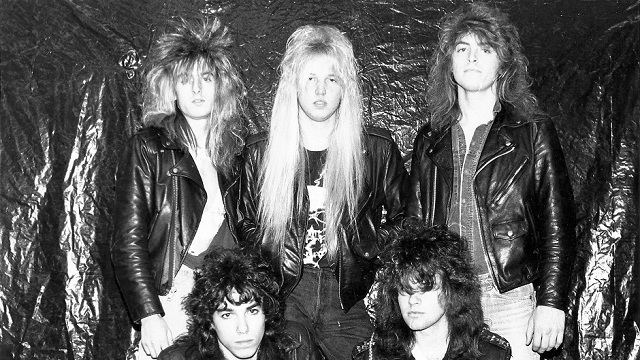 In 2014, Sanctuary fans celebrated when the legendary metal outfit made their four year reunion official with the release in The Year The Sun Died. The music was distinctly Sanctuary courtesy of guitarist Lenny Rutledge's style, albeit fatter and heavier thanks to modern day production values, but some people were put off by the absence of frontman Warrel Dane's - formerly of Nevermore - signature '80s high end vocals and assorted shrieks. It was an unfair criticism given Sanctuary's classic albums Refuge Denied and Into The Mirror black were released in 1988 and 1990 respectively - the man's voice had simply aged with him - and it certainly wasn't enough to halt the band's forward momentum. Work is building slowly for a follow-up, tentatively titled Dead Again, but in the meantime Sanctuary fans can feast on Inception. Dubbed a prequel to Refuge Denied, the record features remixed and remastered demo recordings from 1986 that were all but forgotten until Rutledge stumbled across them by accident.

"I didn't realize they were stored where they were stored," Rutledge says in what has become a well-worn story by this point. "I did some recordings of other bands in the mid-'90s, so I would find miscellaneous tapes here and there; they weren't stored in any organized fashion. I'd forgotten about the Sanctuary tapes. I have a two-story barn and the top floor is all messed up, it leaks, there are squirrels and birds up there... it's just like a barn on any property. The lower part was converted into a studio, which is really nice, so going upstairs you're in a completely different world (laughs). I happened to be up there looking for some stuff and I came across the box that had those particular Sanctuary tapes in it. It was a surprise to find them, and to find them in the condition they were in. My heart kinda sank because those tapes had been up there for 15 years, and when I discovered them I was sure I made a big mistake by not keeping track of them."

The songs were strong enough, however, to convince Rutledge and his bandmates to go through the process of trying to save the reel-to-reel two-inch tapes. Once the "baked" version of the tapes that would become Inception were digitized, producer Zeuss EQ'd them to beef up the songs "as they should have sounded," according to Rutledge, "and even better than that." 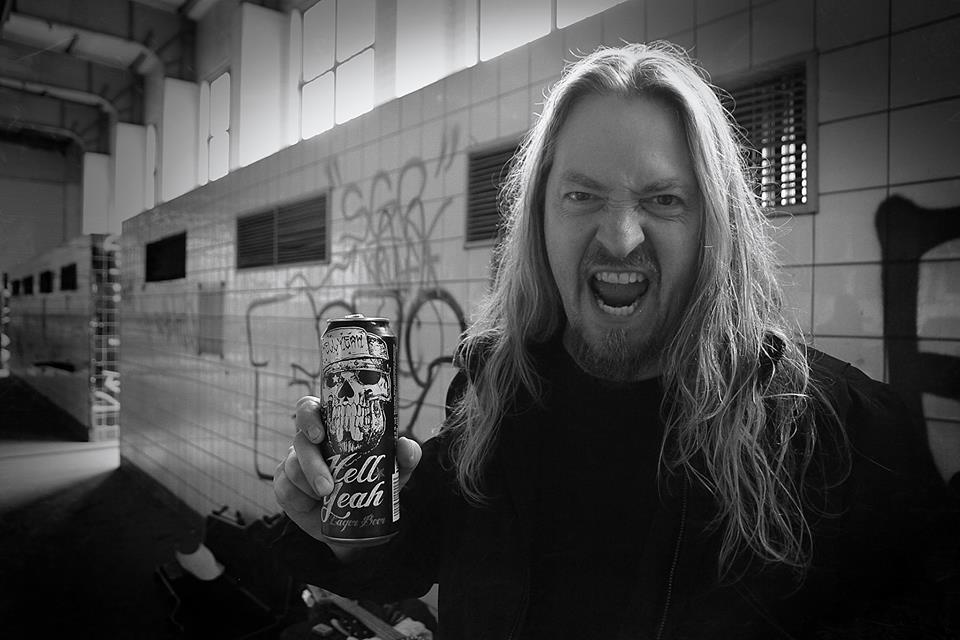 "I kind of remembered how they were when we first recorded the songs. We had done a quick mix of the album back in 1986 and made something like 50 cassette tapes, gave them to our friends. We never released it officially, and I remember thinking it didn't sound as great as it could have. When Zeuss started mixing it - and he's a master at doing that - we were blown away by what the potential was going to be. Suddenly, it wasn't a noisy, scratchy demo anymore. We realized the potential of the album. You can find the original versions on the songs on Inception people have put on the internet and they're really bad. The quality is almost embarrassing. Zeuss definitely restored them and brought them back to life."

"One thing we decided that we would not do is 'fix' the recordings, as tempting as that was," he adds. "It was kind of hard because there were times when we thought we could go in and fix a couple things - maybe re-record a guitar part or a solo, fix the guitar tone - but we didn't because that would have been taking away from what happened in 1986. We wanted to keep that continuity because we didn't feel it would be right for the listener otherwise. And after we heard what Zeuss was doing to the recordings we didn't think it was necessary."

The band opted to keep things as vintage as possible by using artwork for Inception that echoed the cover art for Refuge Denied, created once again by artist Ed Repka. 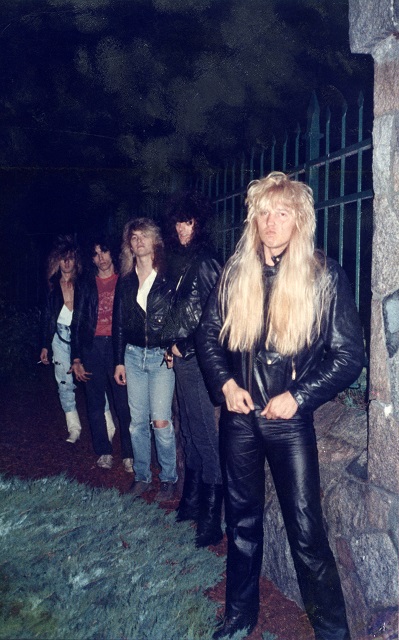 "It's really cool and we like it a lot, but it's not something we'd use for something like our next record," says Rutledge. "It's not the kind of graphic we'd use for a modern day record, but we thought it was perfect for Inception in keeping with the 1986 theme. And when you open up the vinyl there are pictures from that time that nobody has ever seen, there are stories from back in the day, so for somebody who is really into the early days of Sanctuary this is a really cool thing to have."

For every diehard fan that soaks up Inception as an elixir for the soul, there are going to be some that wonder if Sanctuary are just lacking the creative juices to put together a worthy follow-up to The Year The Sun Died, perhaps trying to squeeze a bit more mileage out of the band name.

"We're definitely working on new stuff," Rutledge counters. "We're a little slow doing things, but Warrel also has his solo band and they're getting ready to record. I think we'll start recording the new Sanctuary by the end on 2017 because we have to give Warrel time to do his thing, but we're working on new material now. We have some music finished, so we thought releasing Inception was perfect timing. It wasn't planned, but we know there are the fans that love the old school Sanctuary stuff and want to hear new music. So, this is the perfect thing for those group of people." 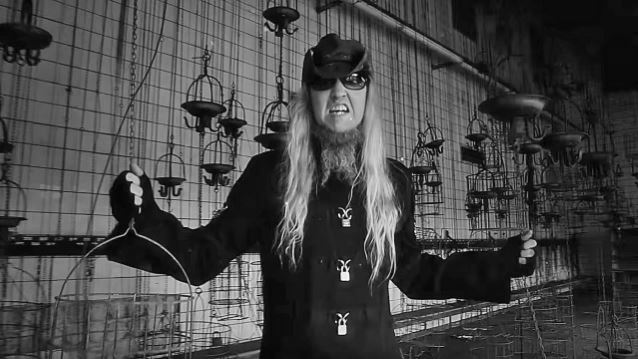 "We've talked about maybe remixing Refuge Denied and Into The Mirror Black," he adds. "It's weird because Sony owns Century Media now, and we were signed to Sony Epic before. We were going to re-release Into The Mirror Black and Refuge Denied on Century Media, but there's some kind of weird rule or clause that says we could do it but we can't touch the recordings. We can't change the albums in any way. We kind of let it go, but that was before Sony acquired Century Media, so maybe things have changed. I think it would be cool to go back and beef up those recordings. Hopefully we'll get the option to do that."

Asked if he's surprised by a metal scene willing to give Sanctuary a valuable second chance some 20+ years later, Rutledge says he most certainly is.

"I wish I could say 'We planned this...' but we sure as hell didn't (laughs). I used to see Warrel and (former bassist) Jim Sheppard at parties during our 20 year break and they would tell me that Sanctuary was a big deal in Europe, that people still listened to and loved our stuff. I couldn't really comprehend it, but after I got back into this I started to see it. It's very cool, but I have to say I was surprised. I think we're fortunate that the fans out there did respond to the reunion, and things turned out better than we expected. Maybe it's because we took such a long break that it gave me a different perspective; it made writing music fresh for me. I think that helped Warrel as well. I realize that this is a modernized version of Sanctuary, because we definitely don't sound like we did back in 1986 or 1990, but it has those elements. How could it not with Warrel and I writing together?"

One thing is certain; Inception is going to have Sanctuary fans clamoring for more of the same when the next studio album is unleashed. Give Dane a break before you weigh in, though; his voice is a different monster these days.

"When I hear some of those old songs, especially on Inception where Warrel sings even higher than on Refuge Denied or Into The The Mirror Black, I think to myself that he really set the bar for himself back then," says Rutledge. "If we'd thought about that back then he might have sung the stuff a little lower (laughs). People are expecting him to hit those high notes on 'Battle Angels' and I feel for him. There are nights where Warrel gives it his best shot, but it's difficult. They're fun songs to play, though, so we still do them."