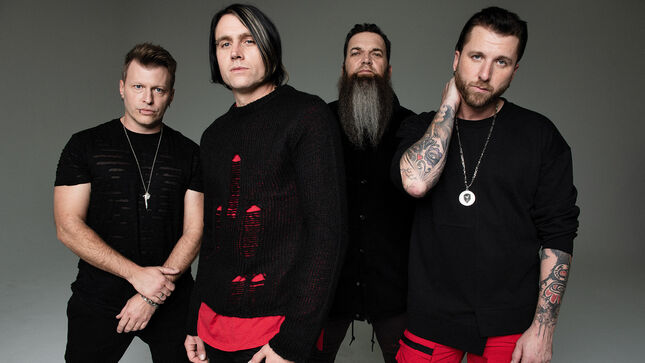 Throughout rock history, it seems like a lead vocalist change in an already established rock band spells disaster – more times than not. Canadian post-grungers Three Days Grace is one of the lucky few that successfully navigated this tricky career maneuver. Singer Matt Walst replaced Adam Gontier in 2013, and the group has continued to enjoy chart success – particularly in their native country (where both Walst-sung albums, 2015’s Human and 2018’s Outsider, peaked within the top-10).

And on May 6, 2022, the group – who in addition to Walst, also features Barry Stock (guitar), Brad Walst (bass), and Neil Sanderson (drums) – returned with their seventh studio effort overall, Explosions. Brad spoke with BraveWords correspondent Greg Prato shortly before the album’s release, and discussed the single, ‘So Called Life,’ future plans, and his thoughts on the term ‘post-grunge.’

Brad Walst: “I think on this record, there are some songs that are probably the heaviest songs we’ve ever written. And there are some songs that are pretty light. It’s a very mid-tempo record. It reminds me a lot of the first record [2003’s self-titled debut] – which was very mid-tempo and heavy. Definitely a lot of energy. A lot of emotion. Obviously, writing this record remotely from each other was difficult, but great. It was a learning curve and something exciting and different. I'm excited for the fans to hear it to be honest - it's been a long time, so we're stoked to get back out and play some of these songs.”

Brad Walst: “‘So Called Life’ was actually the first song we wrote on this record - probably March 2020, before everything shut down. When you listen back to it now, it's like very relative to what you know a lot of people are feeling. And it's funny, 'cause when we wrote it, we were like, ‘Oh, let's just write like a cool kind of party song - something to take the edge off.’ But I think the intensity and the energy really resonated with people. It's done great for us and we're excited to play that one.”

BraveWords: What do you recall about shooting the song’s video?

Brad Walst: “That was a fun video to make. Actually, we were in LA and there was a cool, old apartment that looked like someone just walked away from the ‘70s and everything was vintage and just left a Chinese restaurant somewhere in LA. But yeah, just a cool concept. We just wanted to do a cool performance video 'cause we haven't done that in a long time, and again, the song is pretty energetic and we got to rock out for the afternoon, and just had a great camera crew. There's a lot of energy from that video and it turned out really good.”

BraveWords: Also let’s talk about the tune “Somebody Used To Know.”

Brad Walst: “So, that was during the pandemic. And again, I think everyone was doing a cover at that time [the song was originally done by Gotye] - so Matt sent me a voicemail of him singing that just with an acoustic guitar. And I was like, ‘Man that sounds great.’ It really fits his voice. And we’re like, ‘Why don't we try it?’ So again, we literally did all of the recording remotely. Neil laid down some drums sent it over to me and I laid down some bass. We just kept sending it around and around and eventually worked with Howard Benson, our producer, and put it all together and it just turned out great. So we're like, ‘OK, well let's shoot a video.’ And obviously it was during lockdown, and I have a big kind of loft studio space here at my house, and our lighting guy is like, ‘Well…why don't we just shoot it on an iPhone?’ So, we literally put up a white tarp and he recorded on the iPhone, and then just put a cartoon filter on it. And that was it.”

BraveWords: I’ve heard the term ‘post-grunge’ used to describe the band’s sound. What do you think of that term?

Brad Walst: “I mean, any term’s kinda weird these days. But post-grunge…we grew up in the grunge era and that's when we got interested in music. I remember sitting at the kitchen table with Adam back in the day and we would record on a cassette the alternative radio show - which was on 101.5/The Wolf - and we would record the hour long show, and we would sit there and listen and get our guitars out and try to play the covers. And that's how we learned how to play. I think that's how we learned to craft our songwriting, too. So, I'm cool with that. I still wear plaid!”

BraveWords: What can fans expect with the upcoming tour? It will be a mixture of festival appearances and the band headlining shows, right?

Brad Walst: “Yeah, it's gonna be great. I think we have about 6 or 7 headliners, but some great festivals. Being down in Florida and starting in Alabama - and they've been living their lives for a long time - it's gonna be exciting to feel normal again and feel that energy from the crowd. So obviously, it's going be a great show.”

BraveWords: Looking back, which album are you most proud of from the band’s career, and why?

Brad Walst: “Well, there's a couple. I think obviously One-X is a big record for us. And you know, I think starting out as a smaller band - a ‘baby band,’ if you will - everybody asks us, ‘How did you write One-X without any pressure?’ And I think that one is pretty important because it was our second record. And Human, obviously - that would be the first one with Matt. That was a huge hurdle to overcome. I think those two are pretty important in our career.” 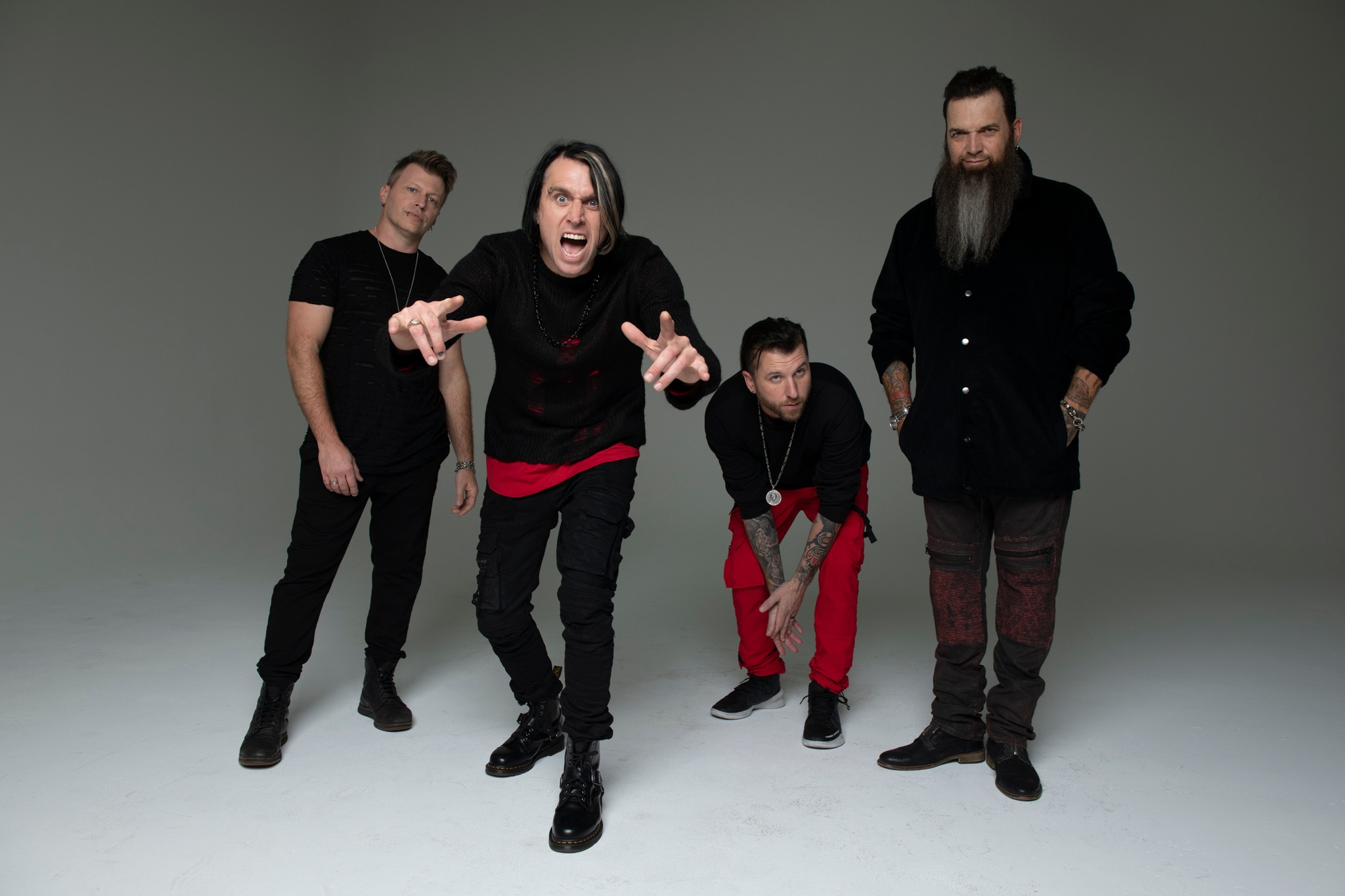 BraveWords: What do you attribute the band’s longevity to?

Brad Walst: “I think just being humble. We've been together a long time - we've been together for 25+ years, the core of us. We still live in a small town - we’re small town Canadian guys - and I think just remembering where you came from and not letting your ego get in the way. I think that's a huge part. And we're brothers, so if someone's head gets a little big, we immediately address and bring them back to earth. So, I think that's key. And I think communication. You’ve got to communicate - you're having a relationship with people, so it's important to have everything on the table and get everything out because a lot of bands can have a lot of resentment for things. If you let that stuff build up, you just won’t last.”

Brad Walst: “Well, we have a big tour coming up in the summer, and I think you know from here on out we're just gonna keep touring as much as we can, and go to Europe and do a Canadian tour. And in ‘23 hopefully keep going and do some festivals, write another record, and hopefully everything stays normal and we can keep rocking OK.”

BraveWords: What do you think of modern day heavy music, and how does Three Days Grave fit into the current climate?

Brad Walst: “Well, I think obviously, modern rock or active rock or whatever you wanna call it has changed a bit. I think there are a lot of great new bands coming out - like there's a band, Wage War that we're possibly going to tour with in the summer. There are really cool bands coming out. I think it's a good direction because they're guitar heavy bands - which I always love. How do we fit? I don't know…distinguished gentlemen among young. [Laughs] I still think we're relevant. It's crazy because I'm getting older and the fans just stay the same age. I get on stage and there's the 15 year old in the front row, and I’m like, ‘Wow. I’m a 45 year old man.’ It's awesome. We have some great fans and it's great that we can still do it after this long. It's pretty amazing and we’re grateful.”