ULI JON ROTH - "I Have Written A New Album, But I Have Not Yet Recorded It"

By the looks of it, 2015 is shaping up to be one of the busiest of Uli Jon Roth's career. He issued his Scorpions Revisited double disc set in February (which as its title hints at, includes inspired re-recordings of the best tunes of the "Uli/Scorpions era"), will be touring for much of the year, has conducted several Sky Academy guitar workshop sessions throughout the world, is planning a live DVD, and as it turns out, already has is next solo studio album of original material written. Speaking to BraveWords correspondent Greg Prato, Uli also expressed a desire to complete several other projects in various stages of completion. Read on/rock on…

BraveWords: Is it true you already have original material written for your next solo release?

Uli Jon Roth: "I have written a new album, but I have not yet recorded it. That’s what I'm in the process of organizing right now. In fact, this week, it is high on my agenda - I want to get a plan together, to finally make this happen. I really want to record this album, but I somehow need to make it happen. With all my constant being on the road, it's not so easy. And part of my band is in England, part is in Germany, and part is in America. Logistics make it a little bit challenging, shall we say."

BraveWords: When do you hope to go in the studio?

BraveWords: Do you think that the Scorpions Revisited album will influence the way this upcoming album will sound?

Uli Jon Roth: "Not with the material, because the Scorpions material that we used from back then, is forty-something years old. I do write differently now. But I did have one strong influence on my thinking, because for the first time I really recorded an album virtually live - although it was in a controlled environment. And I really enjoy that process of doing it. I'm a little tired of the old way that I did for almost my entire artistic life, where you're in the studio, and carefully laying down track after track, and then turning it into one layered 'whole' - almost like an oil painting. That's how the old masters used to paint. There is a great process, but at this point in my life, I think I prefer the more spontaneous kind of approach. And I will plan it out to a large degree, but I will leave certain things to chance - playing-wise, musically. And possibly, even record it in the same place that we recorded the Scorpions Revisited in - that theater in Hannover, which I like so much." 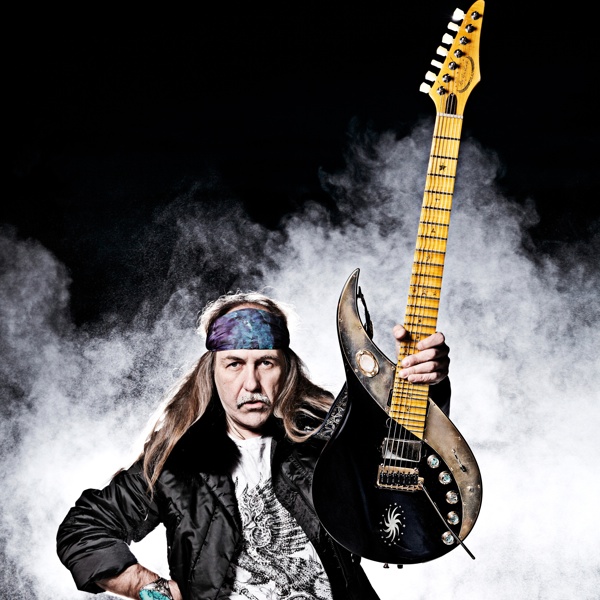 BraveWords: Are there any more Sky Academy sessions planned for this year?

Uli Jon Roth: "We are going to do one in Athens, upcoming in September. Other than that, I'll leave that for next year. This year has been relatively calm regarding Sky Academy. We did the one in Tokyo, which was really a great success I felt in several respects, and that was the first one that we did in Japan. I also enjoyed teaching in Singapore. And we did a few things here and there, but all in all, I think I am going to do more next year than this year, regarding Sky Academy."

BraveWords: Is there a specific country in which the Sky Academy sessions go the best?

Uli Jon Roth: "America is very good. We've done quite a few seminars in various cities up and down the country - including also Canada. And it doesn't work everywhere, but in a lot of places, it does. I find the students very enthusiastic and attentive, and it's always enjoyable. We've had some great Sky Academies in the States. It all started in Los Angeles in 2006, and then it branched out from there - Chicago, New York, and various smaller towns and cities. Sky Academy in Japan was really great, as I said, and we've done several in Germany, which worked very well, and other countries. But I think America is a really good territory for this idea."

BraveWords: Are there any other projects on the horizon?

Uli Jon Roth: "Too many for them to be realized, unfortunately! I don't know why, but last week, I was thinking a little bit about my own past, because I had some time to reflect, so I thought over some of the projects that I did, but also about those that were not completed. Then I realized, 'There were quite a few that I haven't actually completed,' which I started and spent a lot of time on it, and then they never made it to the finishing line - and that included several albums, several large scale compositions, and whatnot. So I drew up a list, and it was quite sobering to see the list, so I made the resolution to go back some of these at least, like my favorites, and just make a strong effort to finish some of these things. Meaning, finishing and actually publishing - putting it out onto the market. Because there were several things that I went very far with, and then in the end, I got either sidetracked or it was delayed, and then it was just put on the shelf. It's a shame. So those are the things - and that also includes a couple of book projects. I've written so much in my life, but I haven't really published anything. And that needs to change."