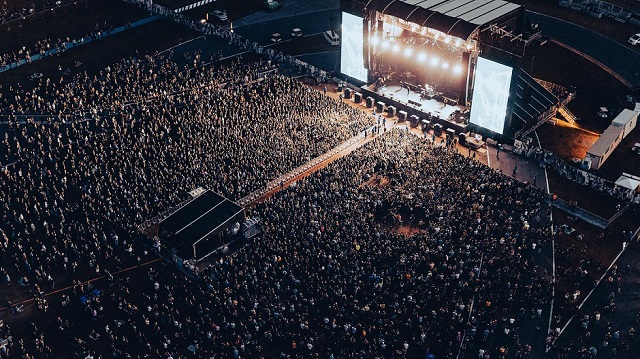 Fans in attendance during the Welcome To Rockville weekend – and those watching at home – were also the first to find out Rockville’s 2022 headliners, which have been announced as KISS (Thursday, May 19), KORN (Friday, May 20), Guns N’ Roses (Saturday, May 21) and Foo Fighters (Sunday, May 22). The full festival lineup will be announced in December.

“We knew we had to do something massive to follow the biggest Welcome To Rockville in history so we went out and got rock legends Guns N’ Roses, newly inducted Rock & Roll Hall of Famers Foo Fighters, (you wanted the best, we got you the best) KISS and DWP’s most requested band, KORN,” says Danny Wimmer, founder of Danny Wimmer Presents. “We’re looking forward to breaking records at The World Center Of Rock with you, see you in 2022!” Weekend passes, single day and camping are on sale now for just $10 down for a limited time here.

Not only was Welcome To Rockville an incredible finale for Danny Wimmer Presents 2021 festival season – welcoming a grand total of more than 500,000 fans across four events – but Florida’s Biggest Rock Experience was also the final chance to catch two nights and two unique sets from Metallica as part of a unique partnership between the band and DWP for this year only.

In addition to playing a massive set of hits on Friday night, Metallica commemorated the 30th anniversary of their seminal “Black Album” on Sunday night by playing it in full, from back to front. To mark the conclusion of the band’s special partnership with Danny Wimmer Presents, DWP founder Danny Wimmer presented Metallica with a $25,000 check for the band’s All Within My Hands foundation.

Welcome To Rockville offered other memorable moments, including Slipknot’s final show date of 2021 where they played their brand-new song “The Chapeltown Rag” for the first time outside of Knotfest as well as a rousing headlining set from Disturbed that offered some of the band’s biggest hits. Lynyrd Skynyrd also gave a memorable final North Florida hometown performance after more than 50 years together while Gwar celebrated 30 years of their hit record Scumdogs Of The Universe. As well, Mastodon played their first show since releasing the Billboard-topping new album Hushed And Grim while Welcome To Rockville host and Metal Ambassador Jose Mangin took the stage with Ice Nine Kills where he grimly re-enacted a lyric in the song “Hip To Be Scared.” 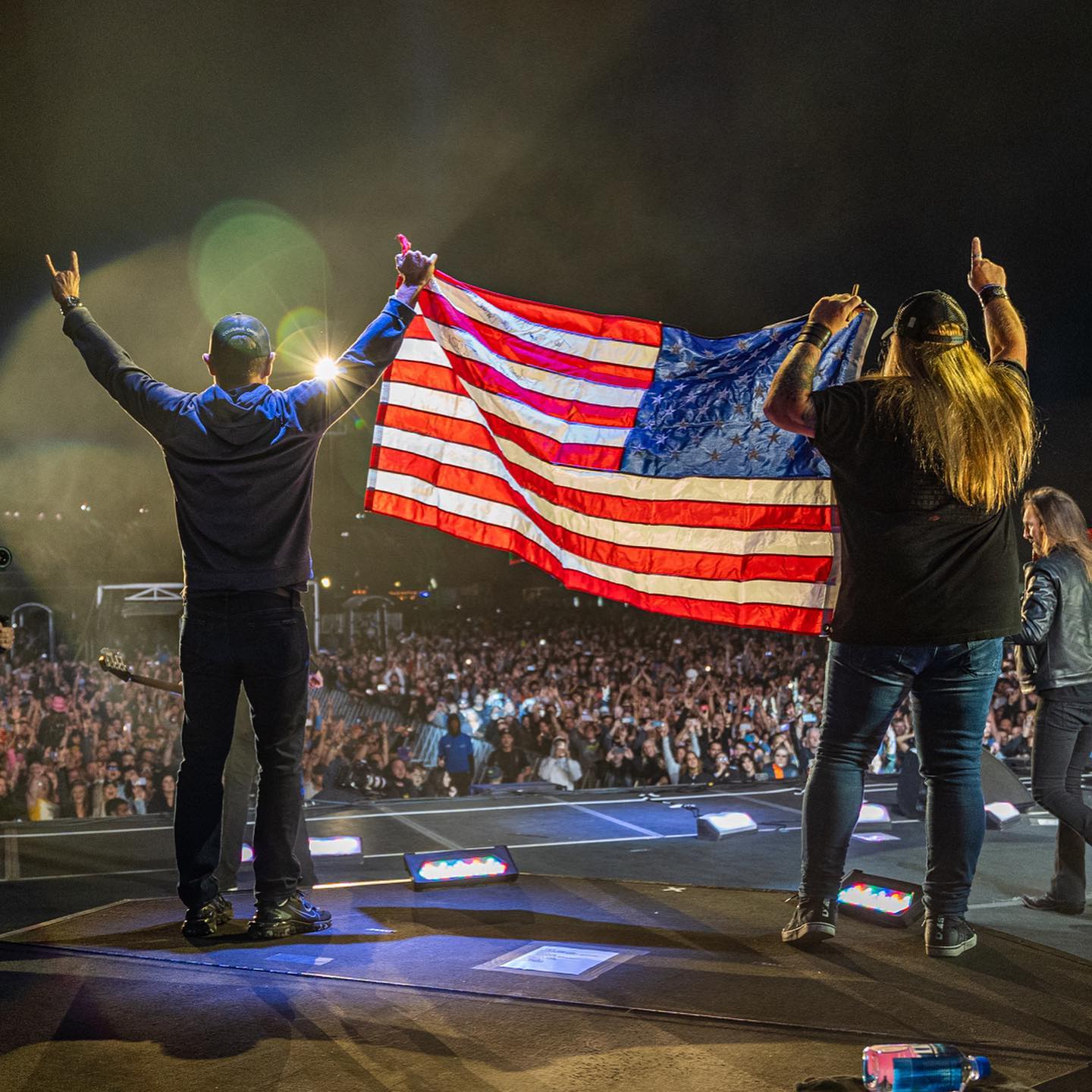 The weekend also furthered the successful partnership between DWP and Twitch that allowed fans to tune into “That Space Zebra Show” throughout Welcome To Rockville for exclusive interviews and behind-the-scenes content. The 1.2 million unique viewers that tuned in for over 10.9 million minutes throughout the festival were treated to performances by Staind, Cypress Hill, Disturbed, Rob Zombie and dozens more.

And Pollstar called Danny Wimmer Present’s 2021 year a “strong comeback” after the pandemic, adding that DWP “is on the brink of successfully pulling off four major festivals in different markets, seeing some of its biggest crowds and giving many artists and fans their biggest shows of 2021.”

While Forbes added of DWP’s partnership with Twitch, which took on a large presence at Welcome To Rockville, “DWP & Twitch are paving the future for rock and metal music.” 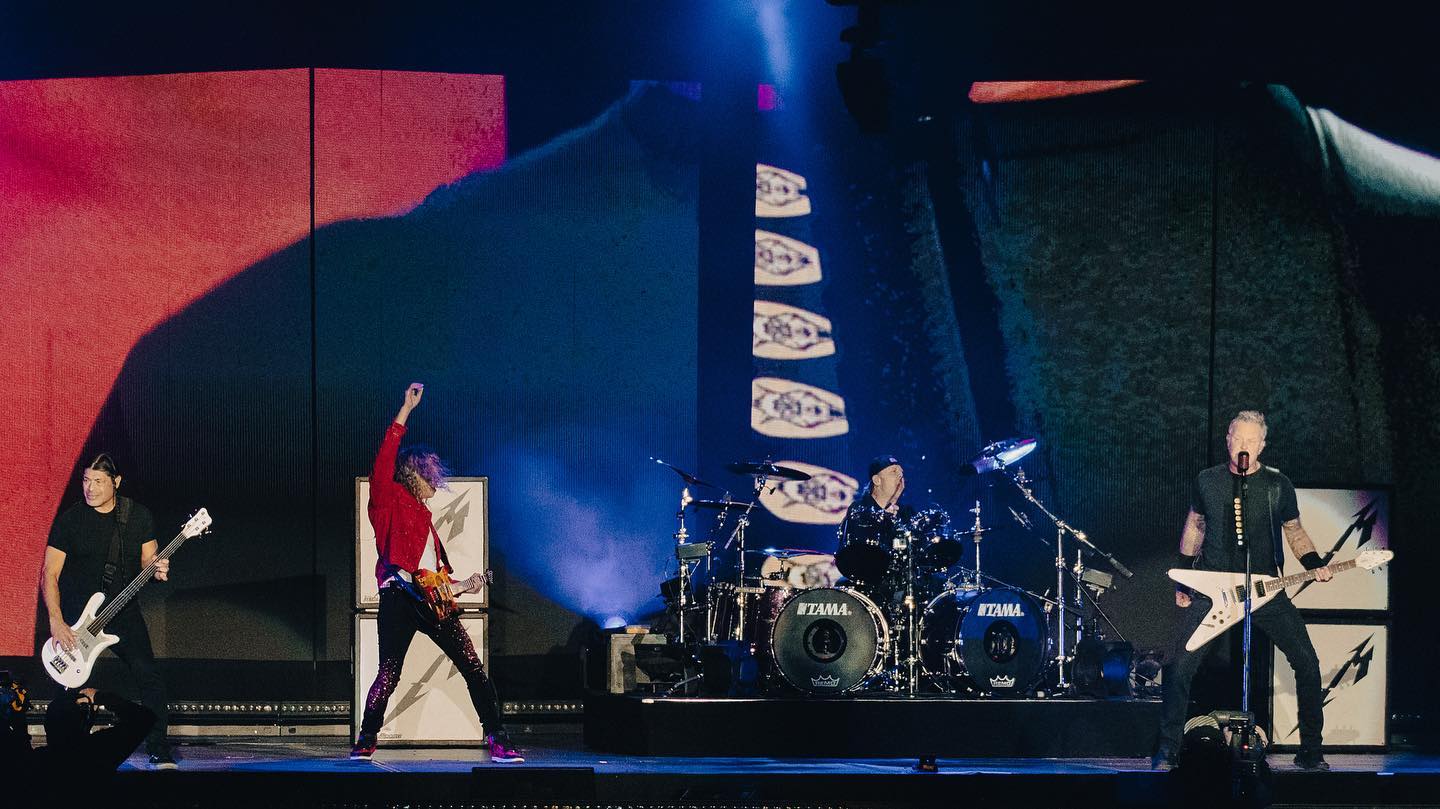 Welcome To Rockville is produced by Danny Wimmer Presents, one of the largest independent producers of destination music festivals in America. After welcoming sold-out crowds of 90,000-plus for the past three events, the move to Daytona International Speedway will allow Welcome To Rockville to continue to grow and provide more enhanced audience experiences. A recent $400 million renovation of the Speedway and additional $200 million invested in the surrounding area in recent years has transformed the destination into a world-class facility, including numerous hotels within walking distance, many dining options and expanded space for camping, allowing Rockville attendees a convenient and well-rounded experience.