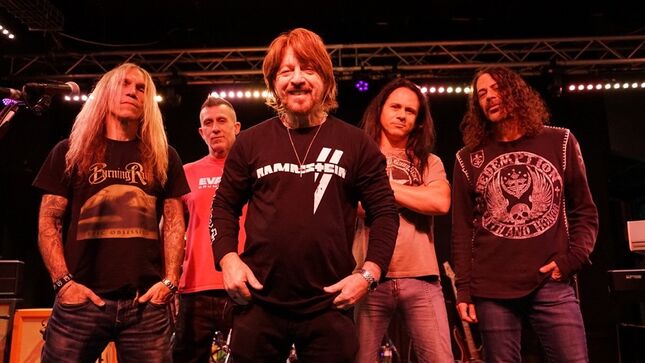 You know the name, you know the song. Canadian guitarist, songwriter Aldo Nova exploded on the rock scene with his top 40 single "Fantasy" from the self-titled debut album in 1982. But you ask, where has Aldo been since the early ‘90s? Well, during the ‘90s and 2000s he wrote songs and was also a producer for Celine Dion, Jon Bon Jovi, Clay Aiken and others. Wrote a new solo song "I'm A Survivor" in 2019. Also, several of his songs from the ‘80s been given the re-record treatment, released earlier in 2022 on a 3-CD set called Aldo Nova 2.0 Reloaded. Disc two and three offer something different for fans, disc two no vocals, disc three no guitar solos, so you can play along and sing and do your own thing. His other release a new album E.P. called The Life And Times of Eddie Gage also came out in early 2022, which has been a work in progress since 2008.

Speaking with Aldo at the Debonair Music Hall in Teaneck NJ (October 26) where he was rehearsing for the ‘80s In The Sands festival in Cancun (which was held on October 25-30), he reveals he has not played live since 1991.

“So it’s been 31 years,” he begins. “Yeah, a long time. But I have been busy working and writing for other musicians since. We are playing the ‘80s In The Sands festival this Halloween weekend in Cancun. My return to the stage." 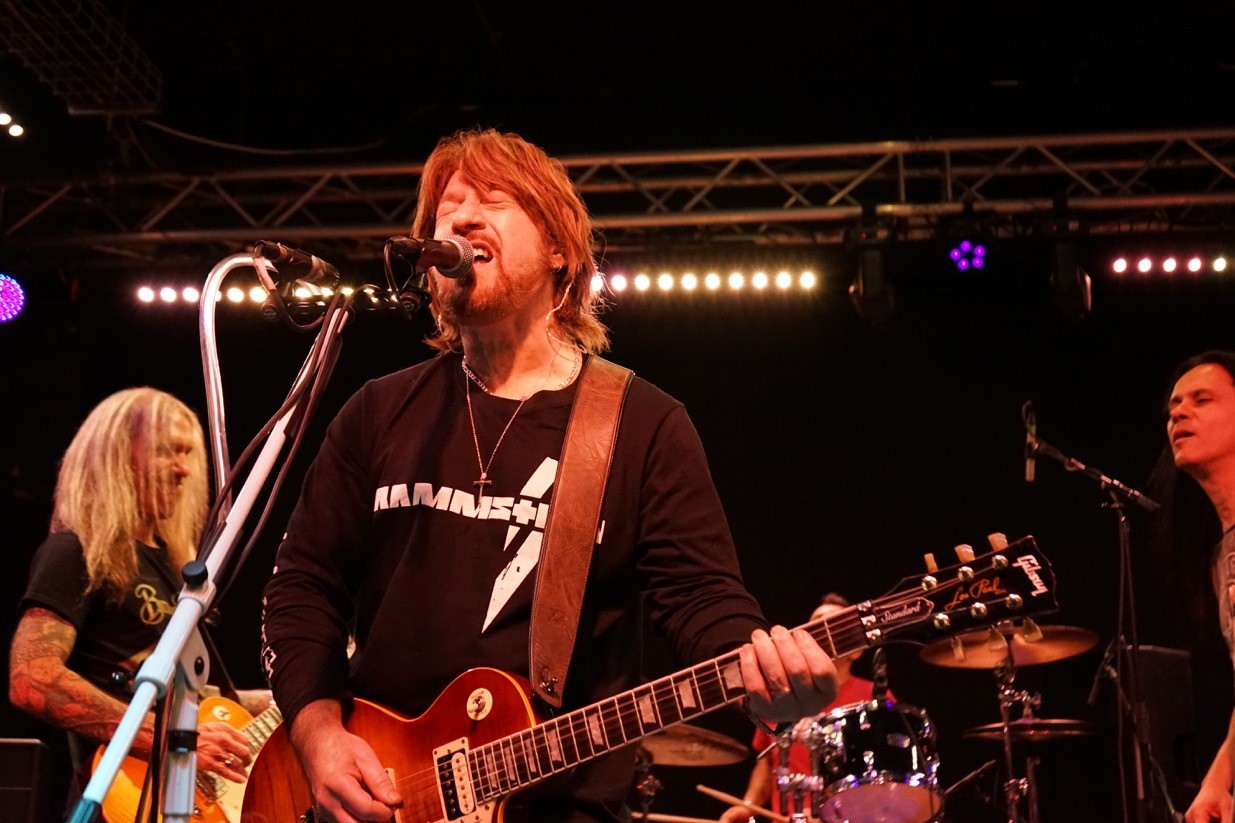 BraveWords: Are you ready to play live after so many years, do you have butterflies? Is it like riding a bike after so long?

Aldo: "No, I feel great, in great shape, I have a great band who knows the songs. I'm ready to go. My voice is great."

BraveWords: Are the songs coming back to you as you rehearse?

Aldo: "No these are all reworked versions, we kept the basic same arrangement and of course the melodies and chorus, but these are the versions from the Reloaded album released this year. These are turbocharged with a little extra something in each song. Kind of a jam feel. I changed up the arrangements, an upgrade."

BraveWords: Who is in the band?

Aldo: "Jack Frost is on second guitar, I am of course still singing and playing guitar. Bassist is Dario Seixas, on drums is Ange E Curcio, and on keyboards is Michael T Ross. All players you know from other rock bands, great players."

BraveWords: How long of a set are you playing at the 80s In The Sand ?

BraveWords: You released two albums this year. Tell everyone what they are.

Aldo: "The Life And Times of Eddie Gage, the EP, came out April 1, it’s a rock opera. And 2.0 Reloaded is the songs we are playing at the 80s In The Sand, the reworked updated songs from the ‘80s you would know."

BraveWords: Are you playing anything from The Life And Times Of Eddie Gage?

Aldo: "We are just playing ‘The Bitch In Black’.”

BraveWords: Plans after the ‘80s festival?

Aldo: "Hopefully after everyone gets to see that I am back and ready to play live bookers will want to have me for more shows. So many think I just had the one hit in 1982 and want to see if it’s worth seeing me live. You can see I sing and play my ass off, and I'm not ashamed to show off my band, they are rock stars."

BraveWords: Are you in touch with fans, do they know you are playing live?

Aldo: "I think so, I know I put the word out, and the festival did a good job of talking up the event too. And there are a lot of great bands, The Cult, Loverboy, Living Colour, even Culture Club, it’s a very MTV festival. I like playing a festival like this with a variety of bands and not just hard rock."

BraveWords: You are playing this festival in October. What are you doing the rest of 2022?

Aldo: "I spent a lot of money to do this show, includes the band, flights, gear, etc. And this festival is going to kind of determine if I have a future or not playing more live shows. The band is great, as you heard, and we have only been rehearsing a couple days. But the guys did their homework, they know their parts. I want the people to see us and think we have been playing for ten years. After that when people tape us on their phones and share it on YouTube and social media hopefully they won't think I'm just a one hit wonder anymore."

Aldo: "Come out and see us, have fun. I'm an entertainer that's what I do. I play for them." 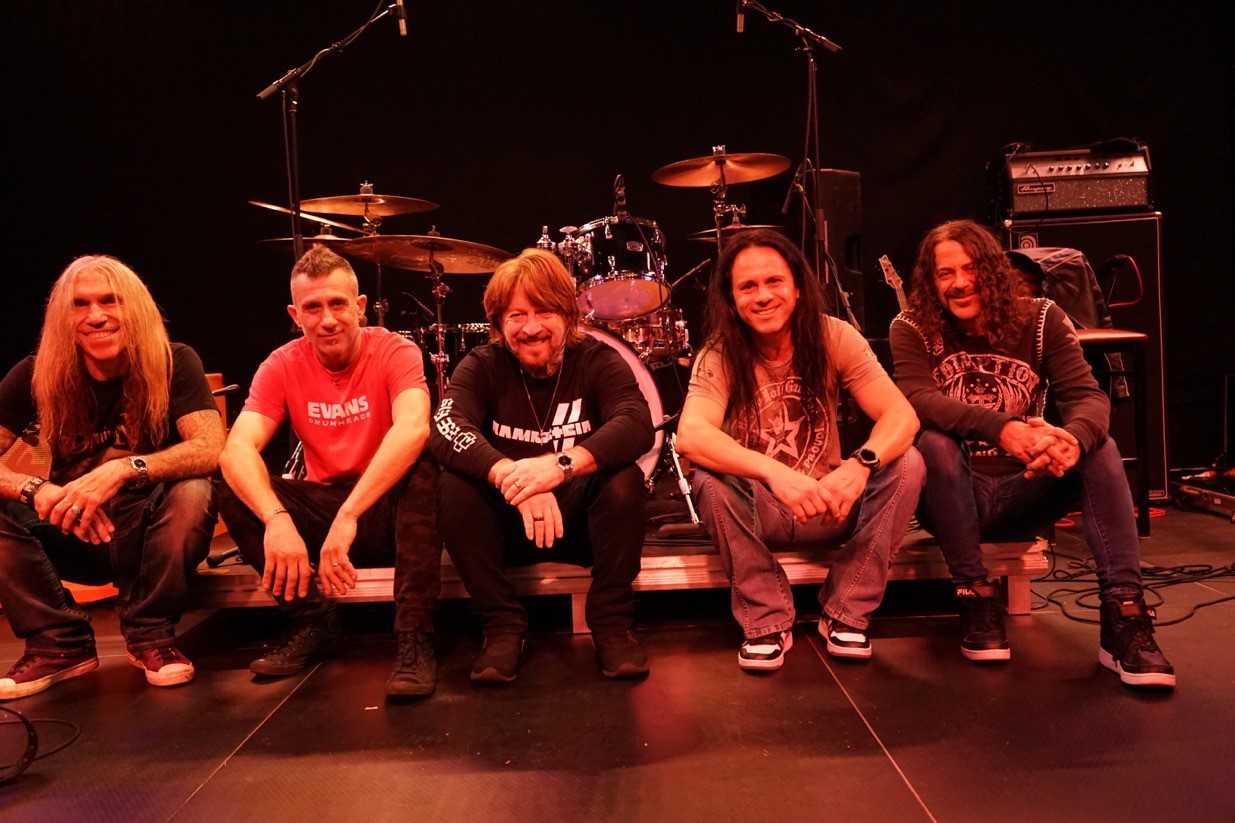 What is the favorite song to play and most challenging to learn for the members of the Aldo Nova band? Find out below:

Jack Frost: "Well first of all I remember when the first album came out in 1982 and saw Aldo Nova on the Blue Oyster Cult tour, he is an icon. Yesterday there was a moment where I get to play with some of these guys in my career, and I wonder ‘How I am in the same room with them?’ It’s surreal and I am lucky. But as soon as we started to hit the chords to ‘Fantasy’ I was like, ‘I am able to play this song with the guy who wrote it.’ The song itself is awesome. And ‘Heart To Heart’ for me was challenging for the guitar work. But working with these guys made the process easier."

Ange: "I have been playing with Aldo for a few years now. My favorites to play are probably ‘Blood On The Bricks’, ‘Heart To Heart’; the ones with a lot of drums on them. Most challenging are these two also, a lot of parts in both." 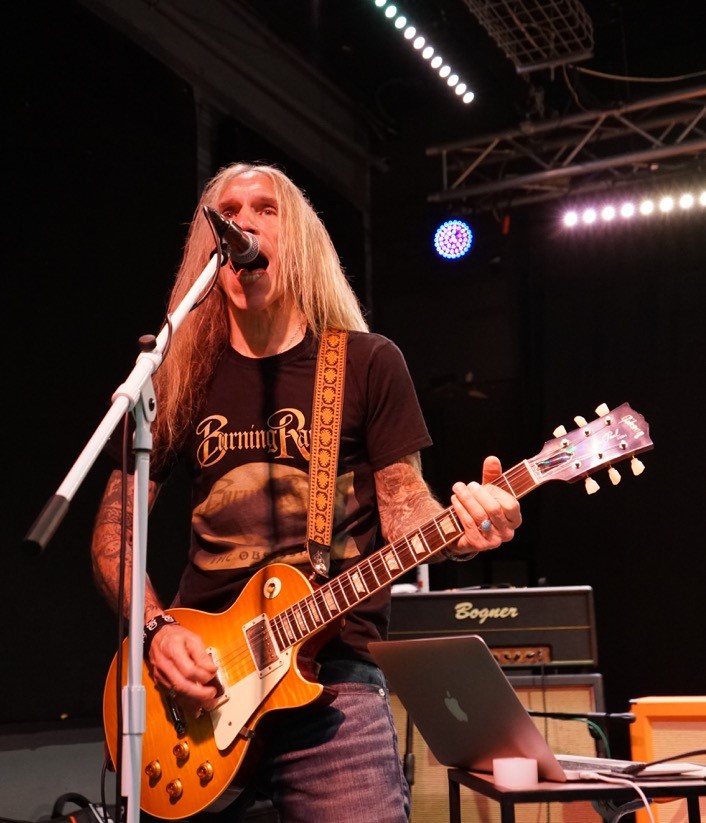 Dario: "I have been playing with Aldo for a couple years now, I also recorded a promo video with the band. Favorite to play, and hardest is ‘Blood On The Bricks’. It’s got the most notes, but we fucking aced it, and you heard us playing it when you came in. We really nailed it."

Michael: "I'm new to the band, Jack gave me the call that Aldo was interested in me playing in the band so that was exciting. I'm here at rehearsal getting my ass kicked (laughs). Making these keyboards come alive. It is a blessing to be here and playing with Aldo. Everybody is great here. Can't wait to kick ass in Cancun. Really they are all challenging but ‘Ball And Chain’ is a big one and there is nowhere to hide. ‘Paradise’ too .The layers, the arrangements. Aldo has structure, and a melody to follow, and there are changing as nuances within that. So it’s a challenge. He's singing with the guitar and I have to keep up with that. It’s difficult at the moment but by tomorrow it will smooth out."