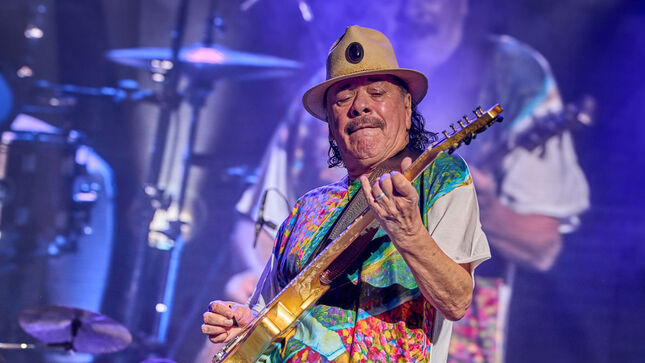 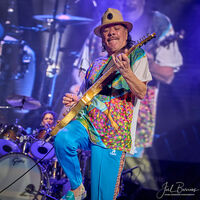 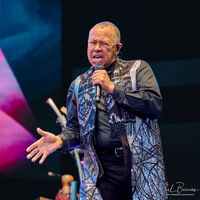 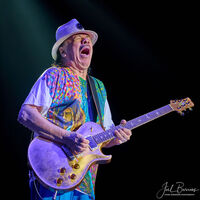 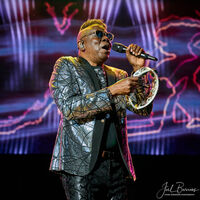 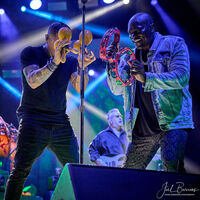 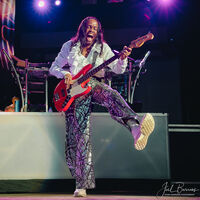 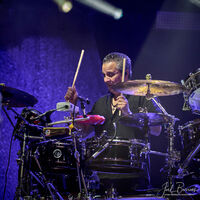 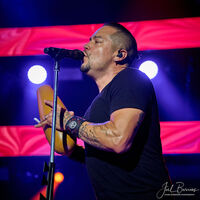 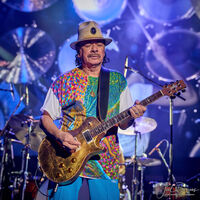 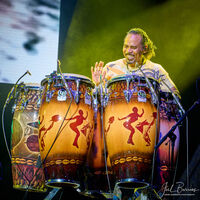 Every live musical event strives to be the pinnacle of a good time, but with such stiff competition out there both old and young, the jury may forever be out on any particular festival, tour or event claiming such an honor. Be this as it may, some artists just embody every element of the concept in question, putting out good vibes with every phrase of notes, and commanding an enthusiastic response from all attendees young and old. Though to many younger ears it may seem a lost art to accomplish such a feat without a massive wall of pre-recorded backing tracks or programmed synthesizers, back in the olden days of the 1960s and 70s when rock reigned supreme it was expected of any headliner, and iconic figures from the former decade like Carlos Santana and the latter in Earth, Wind & Fire did so in a big band context in a manner that seemed effortless. With the better part of a century’s worth of experience between these two titans of yesteryear, a dual headliner featuring both would naturally be one for the ages, as the masses of South Florida witnessed on August 26, 2022. 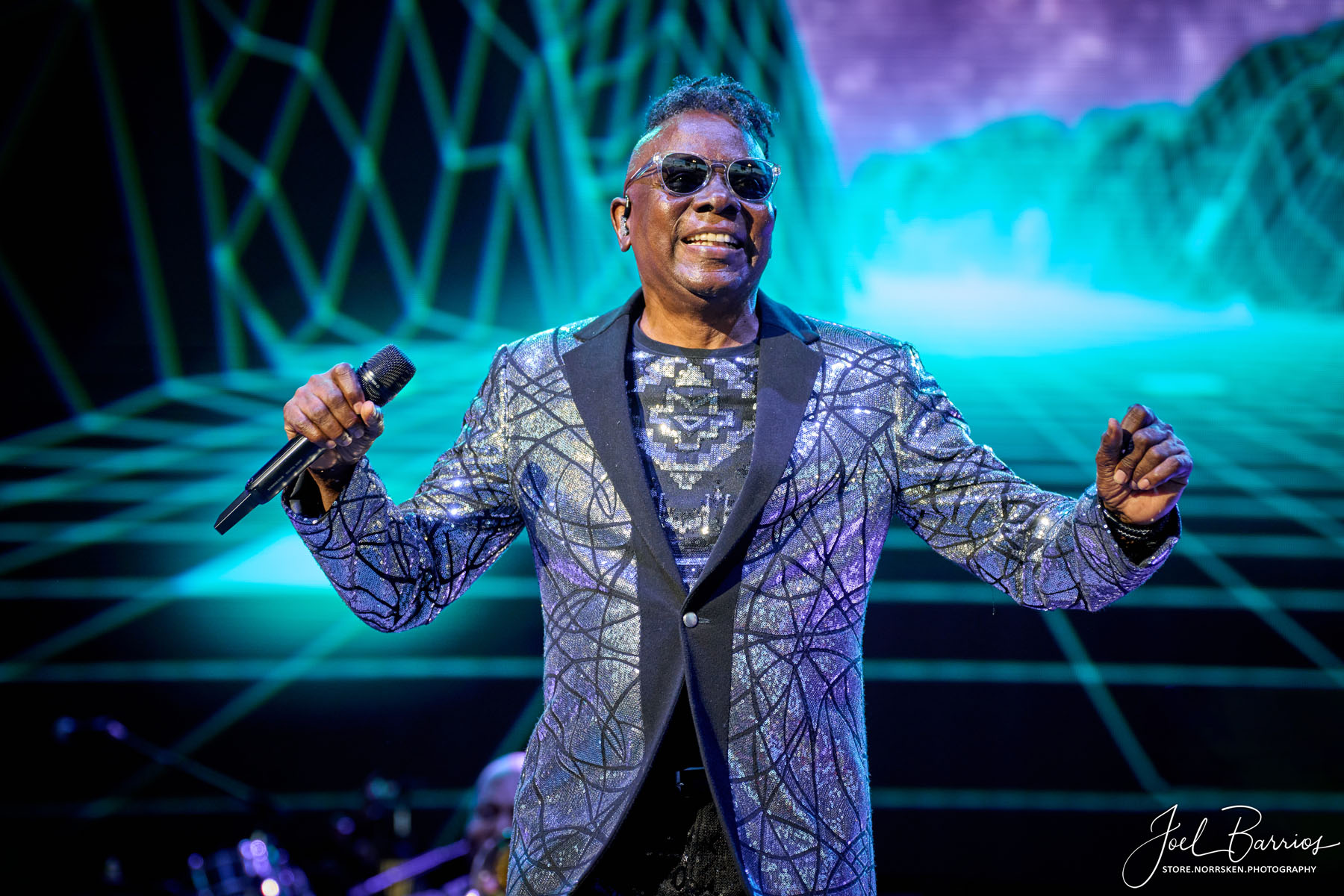 Even for a wide-open space such as the one surrounding the iThink Financial Amphitheatre of West Palm Beach, it was basically shoulder to shoulder for as far as the eye could see as upwards of 20,000 onlookers congregated. In like fashion, the stage itself was at full capacity as the twelve musicians comprising disco icons Earth, Wind & Fire entered the stage and manned an impressive array of instruments. Led by elder statesman and vocal impresario Philip Bailey, who would proceed to work the crowd like it was still 1978, this 12-piece crossroads where jazz, R&B, soul, funk, pop and other assorted styles would take off running and refuse to slow down for their grueling two-hour set. Though only three of the originals including the aforementioned falsetto-happy Bailey were still within the fold, the performance was reminiscent of the band’s heyday, with the steady grooves of John Paris behind the drum kit and the wailing, rocking lead guitar work of Morris O’Connor being particularly exemplary, though one would be remiss not to mention original member Verdine White’s funky bass lines driving much of the performance. 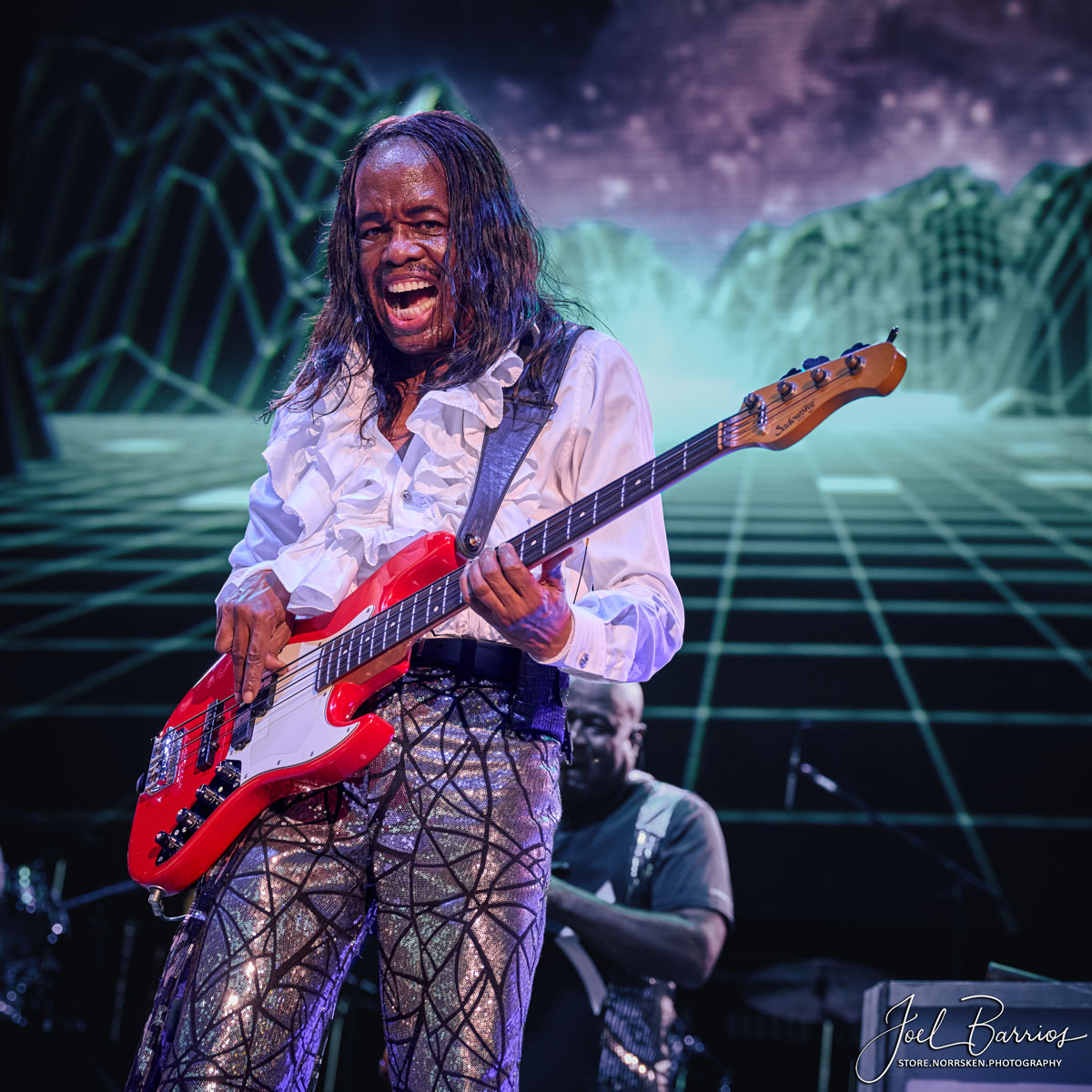 The set itself was a veritable smorgasbord of fun-loving classics from the boogie-obsessed 70s, often presented in a far more expansive and improvisatory fashion than their original studio versions. From the funky goodness of “Shining Star” and “Serpentine Fire” to the smooth sailing balladry with some jazzy twists of “Reasons” and “Keep Your Head To The Sky”, there wasn’t a pair of hands to be found that wasn’t clapping along nor was there a shortage of amateur vocalists trying their best to match the artful handiwork of Bailey and company. Upbeat bangers like “Sing A Song” and “Fantasy” would elicit even more raucous responses from the throngs of avid audience members, though the coup de grace that brought down the house would be the one-two-three haymaker towards the end of the set in “Boogie Wonderland”, “Let’s Groove” and “September”, transporting everyone present back into the dance-crazed disco days of the late '70s. Suffice it to say, a sizable number of grandparents were elated to see two-successive generations witness how one of the greats did things back in their day. 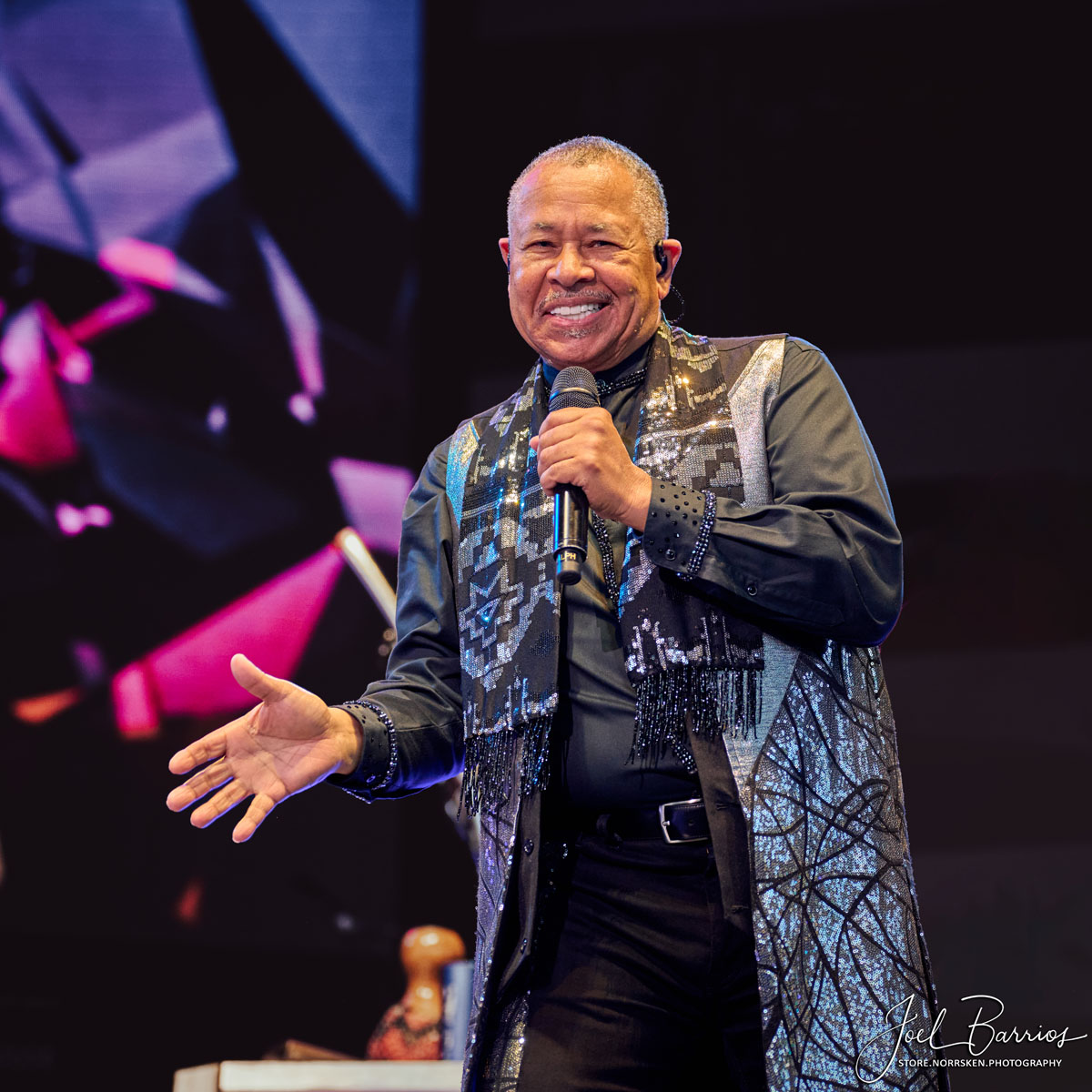 Following such a stellar extravaganza as the one previously noted would seem a fool’s errand to most, but a certain guitar-slinging hero from the Woodstock days would prove more than up to the task and bring his own take on the fusion of genres to the table in the process. The music of Carlos Santana has always exuded a deep sense of spirituality and mysticism, and while the nuanced grooves and infectious vibes of the Latin musical backdrop provided by the fold of support musicians was a liturgical force unto itself, the mellow melodic motives streaming from Santana’s guitar would play the role of preacher. Crowd-working duties would also largely fall to the man lending his name to the act, and several occasions were taken by Santana himself to speak directly to the audience, including a rather heartfelt and uplifting speech about how his spiritual sentiments inform his music and his love of the audience. When all was said and done, the greatness of the man was tempered with an admirable sense of humility that clung to every note played and word spoken. 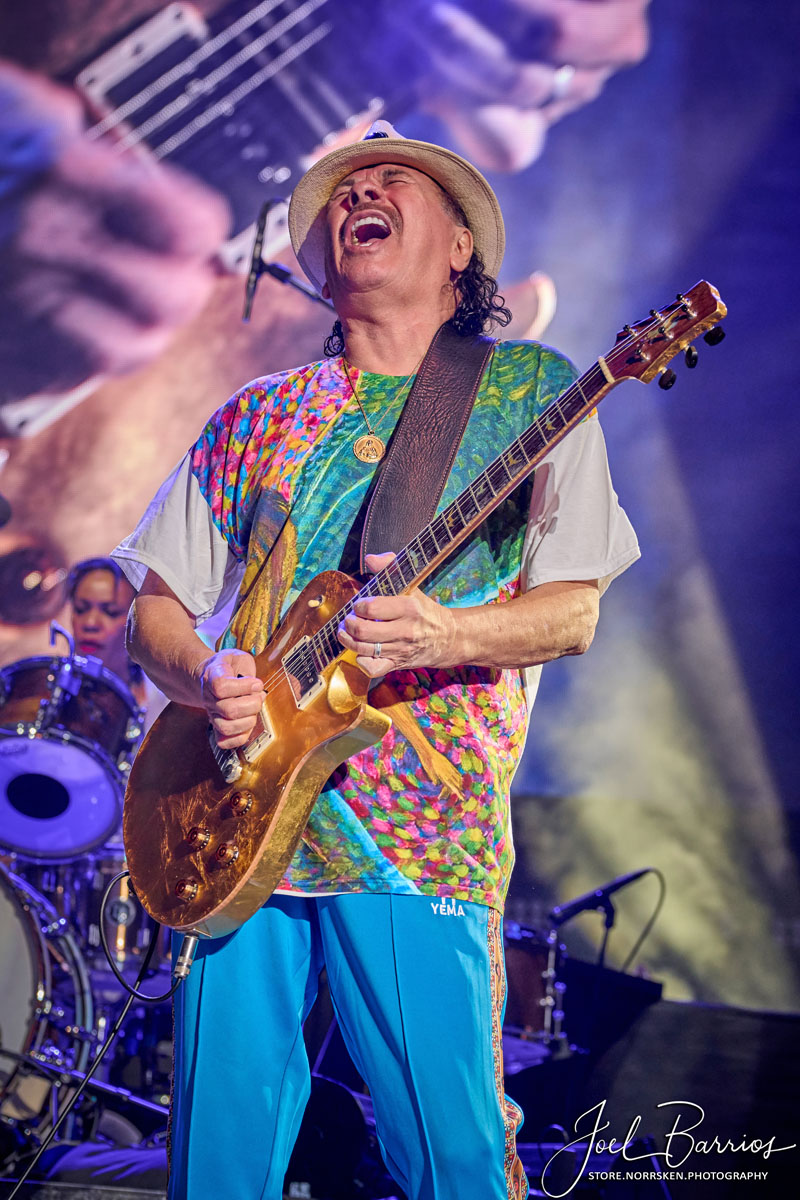 Even when accompanied by the soulful croons and saccharine-laced notes of lead vocalist Andy Vargas, the continuous licks, riffs and phrases streaming from the lead six-string were the chief attraction, yet the spotlight was stolen on several occasions by the commanding drumming of Santana’s partner in life Cindy Blackman Santana, whose beats and fills exuded sheer power without ever loosing their soulful and jazzy touch. 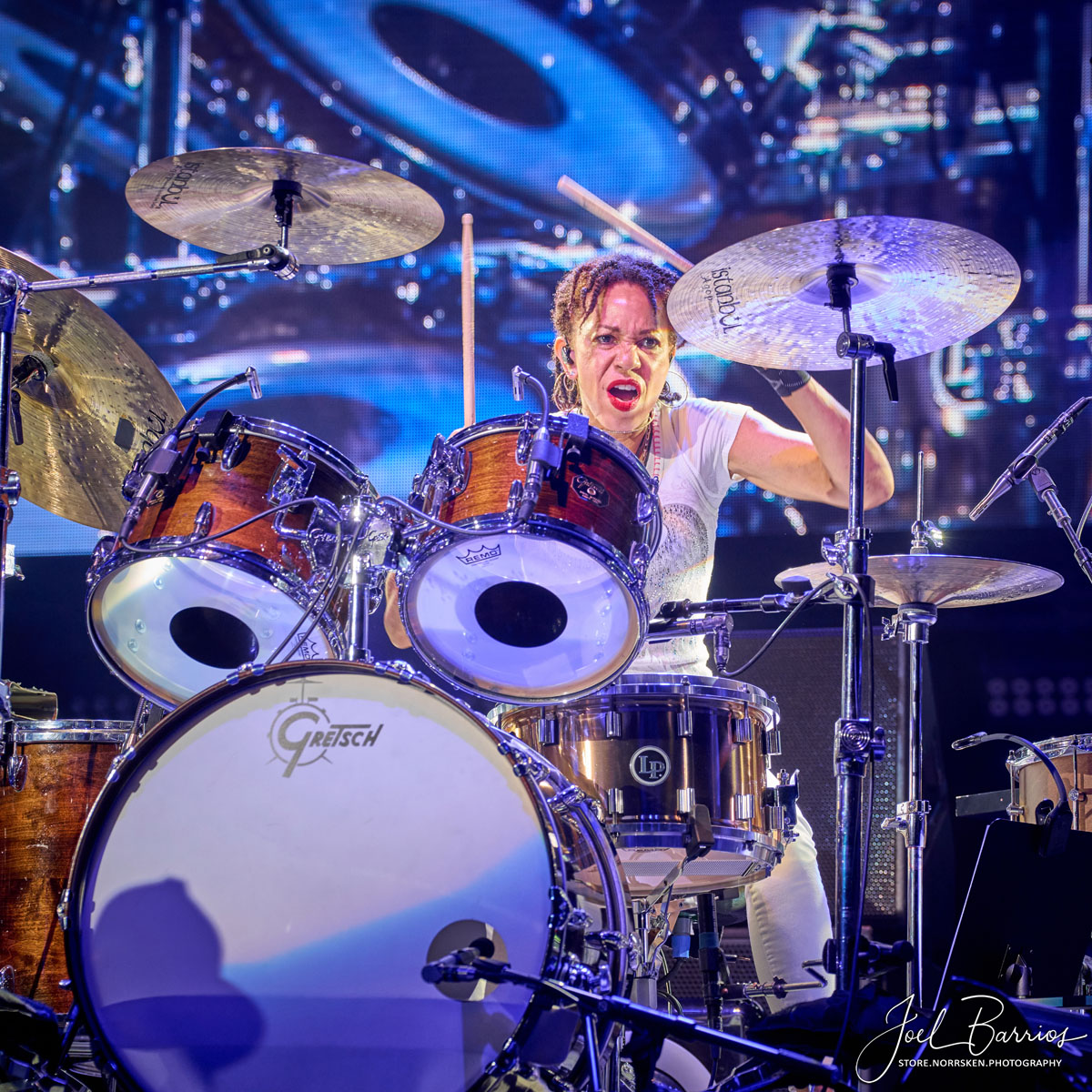 Fan favorites such as Santana’s suave reinterpretation of Fleetwood Mac’s “Black Magic Woman” and the almost sensual revamp of The Zombies’ melancholy classic “She’s Not There” were a testament to his ability to steal the show and then give it back to other members of the band in the most seamless of fashions. On the other hand, instrumental staples such as show opener “Soul Sacrifice” and “Europa” would see this elder wizard of wordless incantations rivet the audience in a more exposed fashion, showcasing a level of technical prowess and tasteful expressionism that was beyond compared. Newer staple tracks such as radio banger “Smooth” and restful R&B-steeped ballad “Maria Maria” would also bring a respectable roar from the crowd and round out the tip of an extremely massive iceberg went well beyond the two-hour mark. 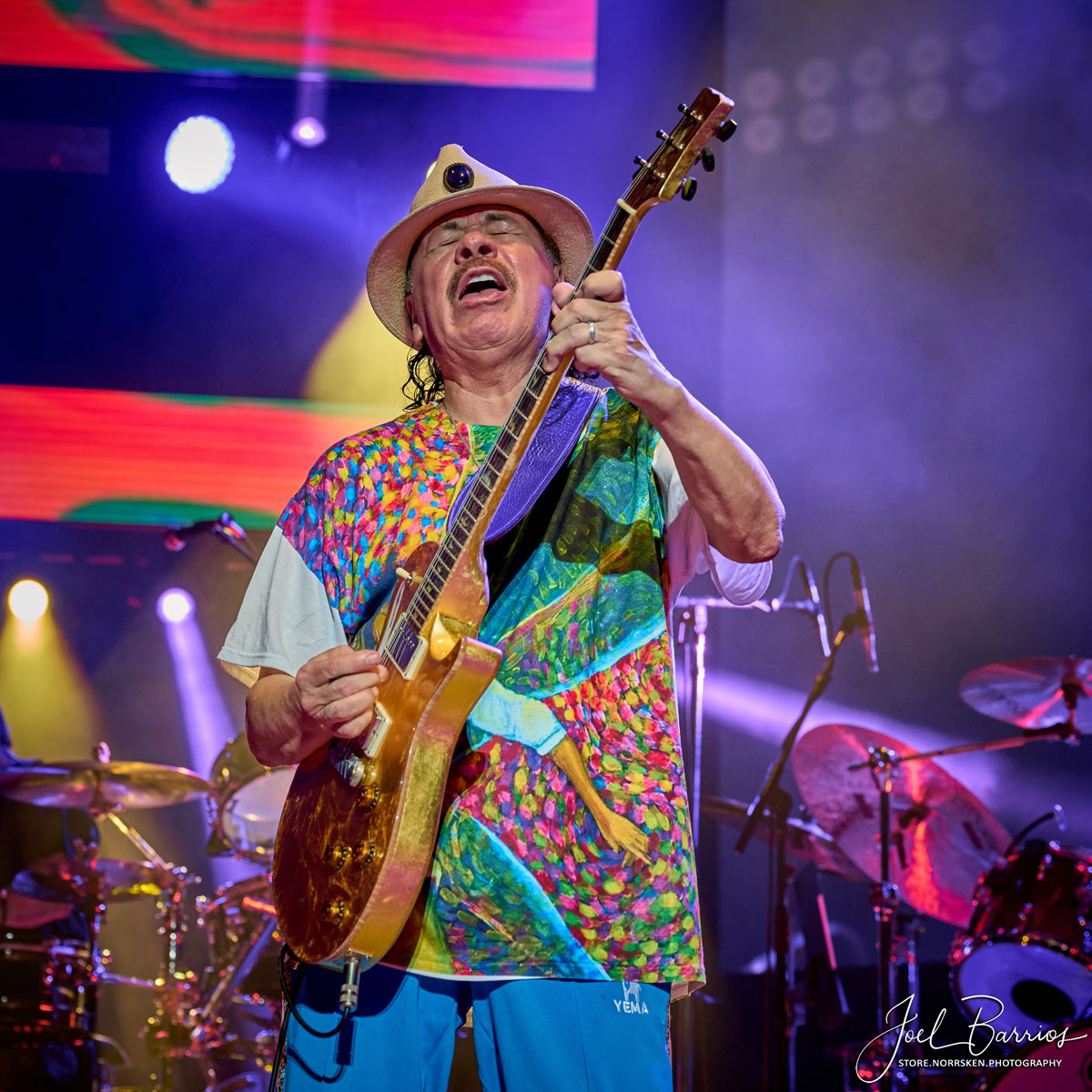 Through the ebb and flow of the past 50 years there have been some seismic shifts in the musical landscape, and if there was one general take away from the celebration of a bygone era that visited South Florida at the tail-end of August, it was that classics aren’t bound by the passage of time. There was a sense of heroism on display as these men who were now well into their golden years brought the same musical prowess that their youthful versions did decades ago, a fact that was lost on no one that night. With additional tour dates seeing both acts through into autumn, more cities in the south and mid-west are sure to bear witness to an equally astounding celebration of life, love, and diverse music. The book has yet to close on these prime-movers of yesteryear, and even when retirement becomes the final encore, the legacy these musicians will left behind will continue to inspire many a new artist in the years to come. 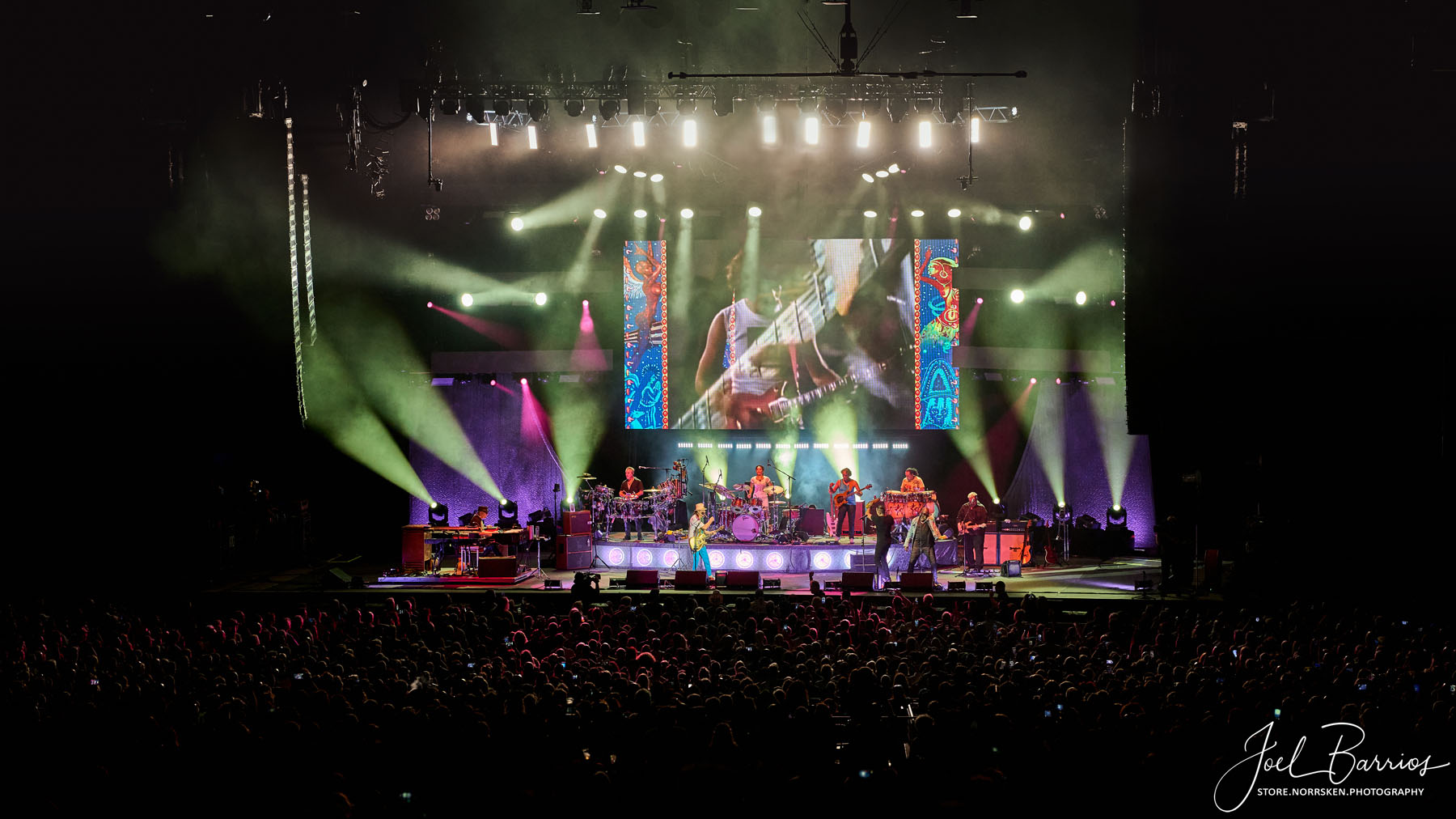