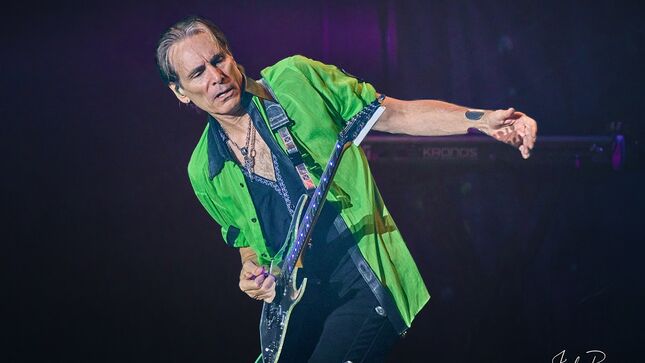 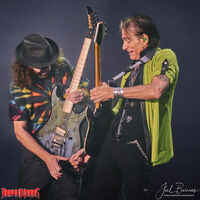 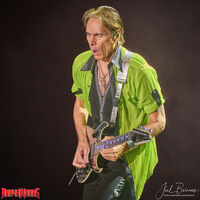 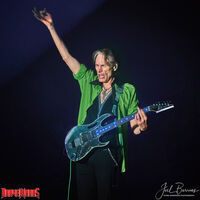 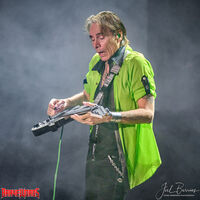 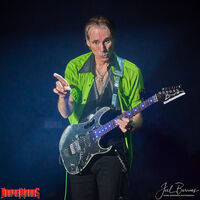 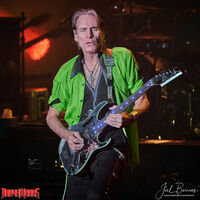 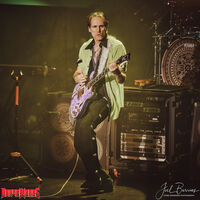 What is there that could possibly be said about him that hasn’t already been said about Steve Vai, one of the most sublime exponents of modern rock guitar? He's an innovator and a showman, and arguably unlike any other guitarist in the world when it comes to alien-technical prowess. While many musicians fit easily into a single category, Vai’s own musical vision irradiates so much energy, brainpower, passion and ultimately talent that you can only be mesmerized when witnessing one of his shows. And the spectacle he offered at The Parker Playhouse, a wonderful and recently renovated venue located in the heart of the Fort Lauderdale area, was one of the most genuine expressions of virtuosity and sense of musicianship I've ever had the chance to enjoy. 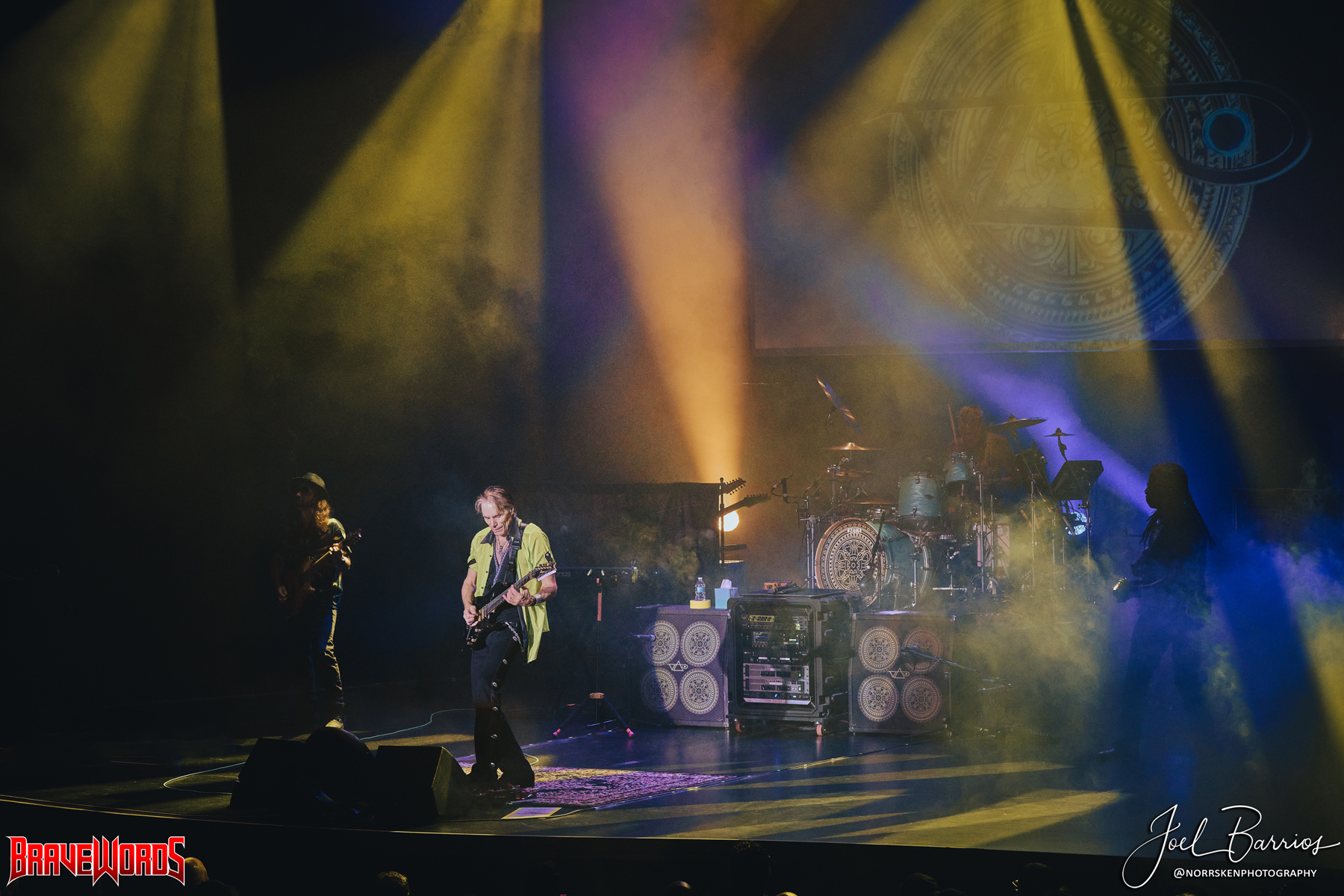 The venue was crowded – the night was sold-out – and the anticipation was certainly tangible. Approximately 10 minutes after 9 PM the lights dimmed and Vai appeared dressed in black and green amidst the stage fog, inciting a clamoring ovation cheering from the crowd. Without hesitation the band jumped headfirst in the fun, starting with “Avalancha” one of the songs from his most recent album “Inviolate”; while the excitement level in the audience pumped to the roof. I took a quick look around and saw everyone was standing and trying to soak in the magic happening in front of their eyes. 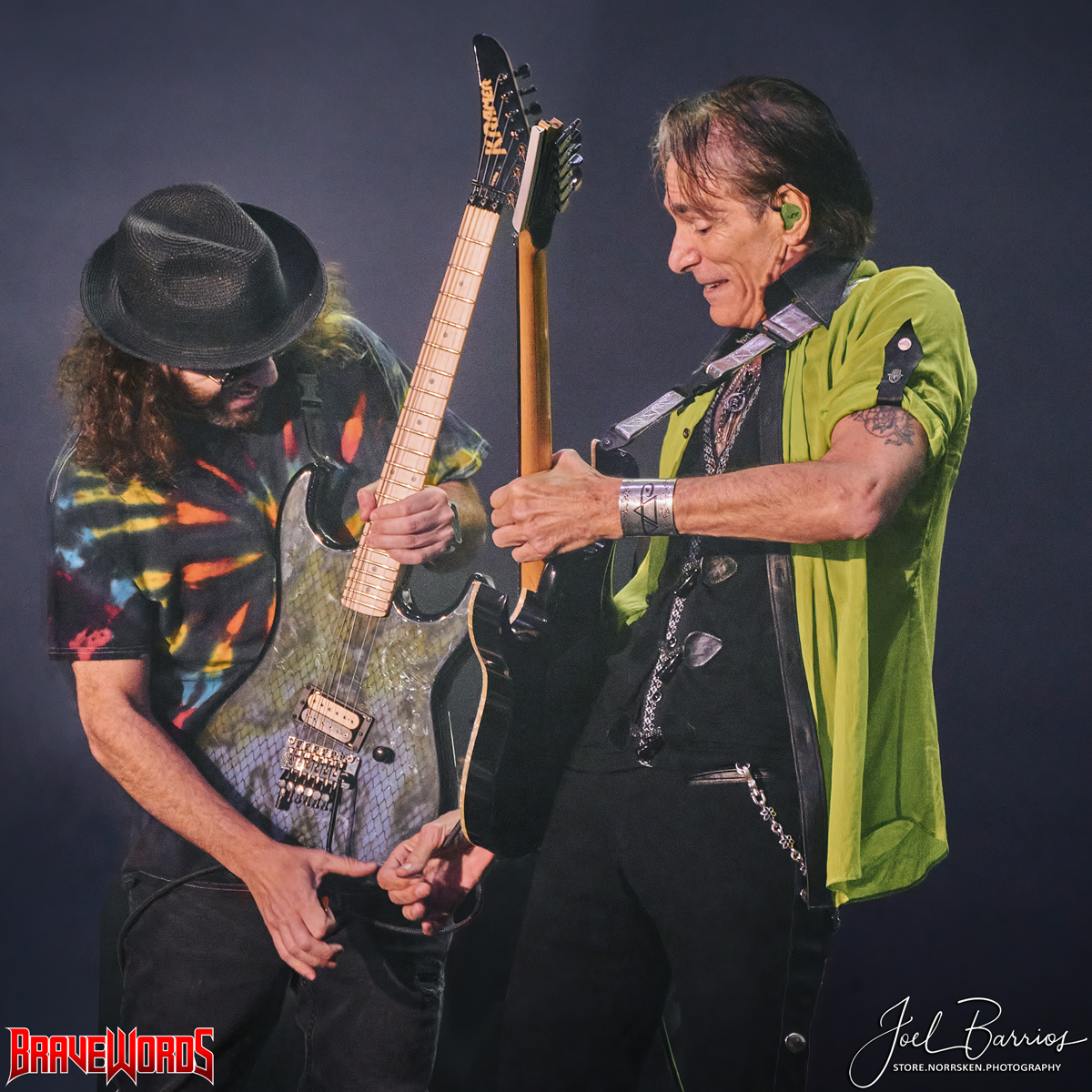 There is enough uniqueness in Vai to make him original and there is enough talent to put him in his own league. And both were perfectly at display during the 19-songs long presentation, carefully mixing new material with fan-favorites like "Bad Horsie", "Building the Church", "Zeus In Chains” and the sempiternal “For The Love Of God”, which saw Danny G. joining Steve to sing opera-style for the first verse and the chorus. Vai’s backing band was composed by Dave Weiner on second guitars, Jeremy Colson on drums and Philip Bynoe on bass, and they – as usual – did an outstanding job in helping Steve’s adventurous diversity and variety of sonic landscapes to sound as bewildering as ever. 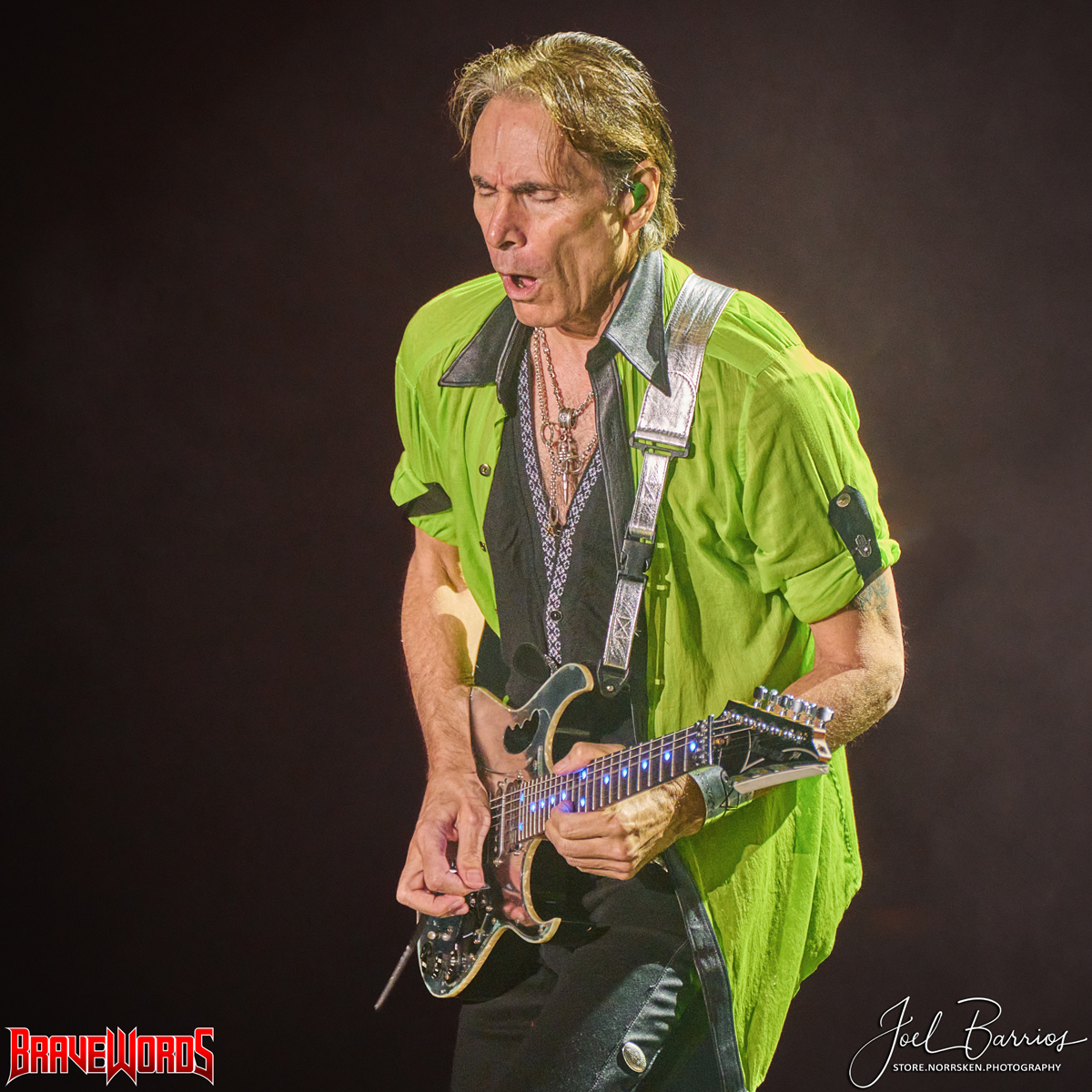 Surrounded by endless shouting and applause every time a song finished, Vai navigated the night weaving melodies with the greatest finesse of a sleight of hand. Watching him revisiting some familiar tunes I've listened and enjoyed for decades just made even clearer for me that he already passed the stage of shredding blistering solos and now wanders in the zones of ultra-high and ultra-low with very peculiar guitar sounds, testing the boundaries of his instrument and the listener's imagination, and this was 100% palpable when towards the end of the set he brought on stage his infamous three-necked Ibanez Hydra guitar to perform “Teeth Of The Hydra” in a display of musicianship that will remain unclassifiable. 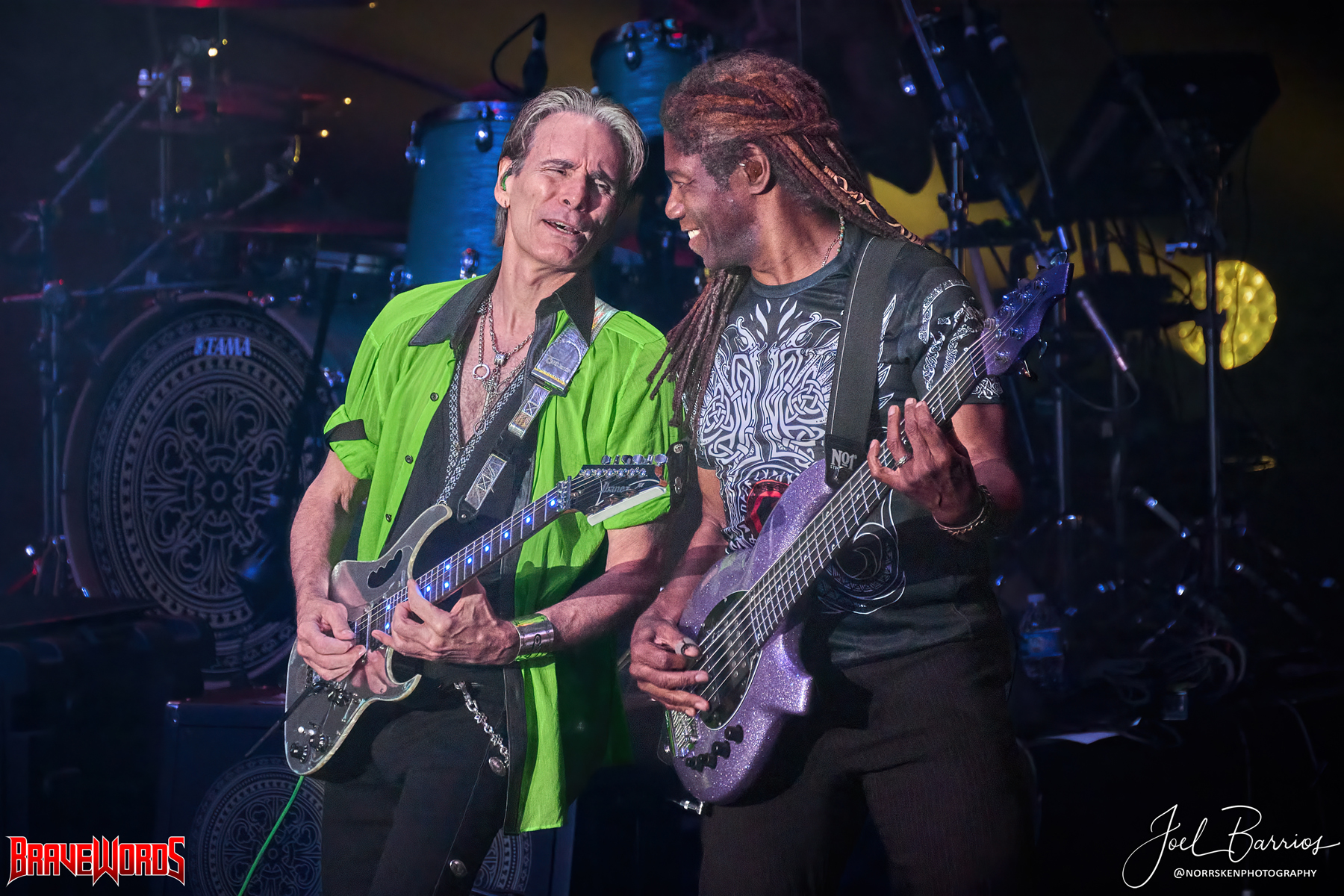 While it is hard to find adjectives to describe him; I’d conclude saying Vai remains gifted with the ability to sculpt harmonious sounds with immeasurable creativity and technical mastery, truly a musical alchemist of the utmost stature. 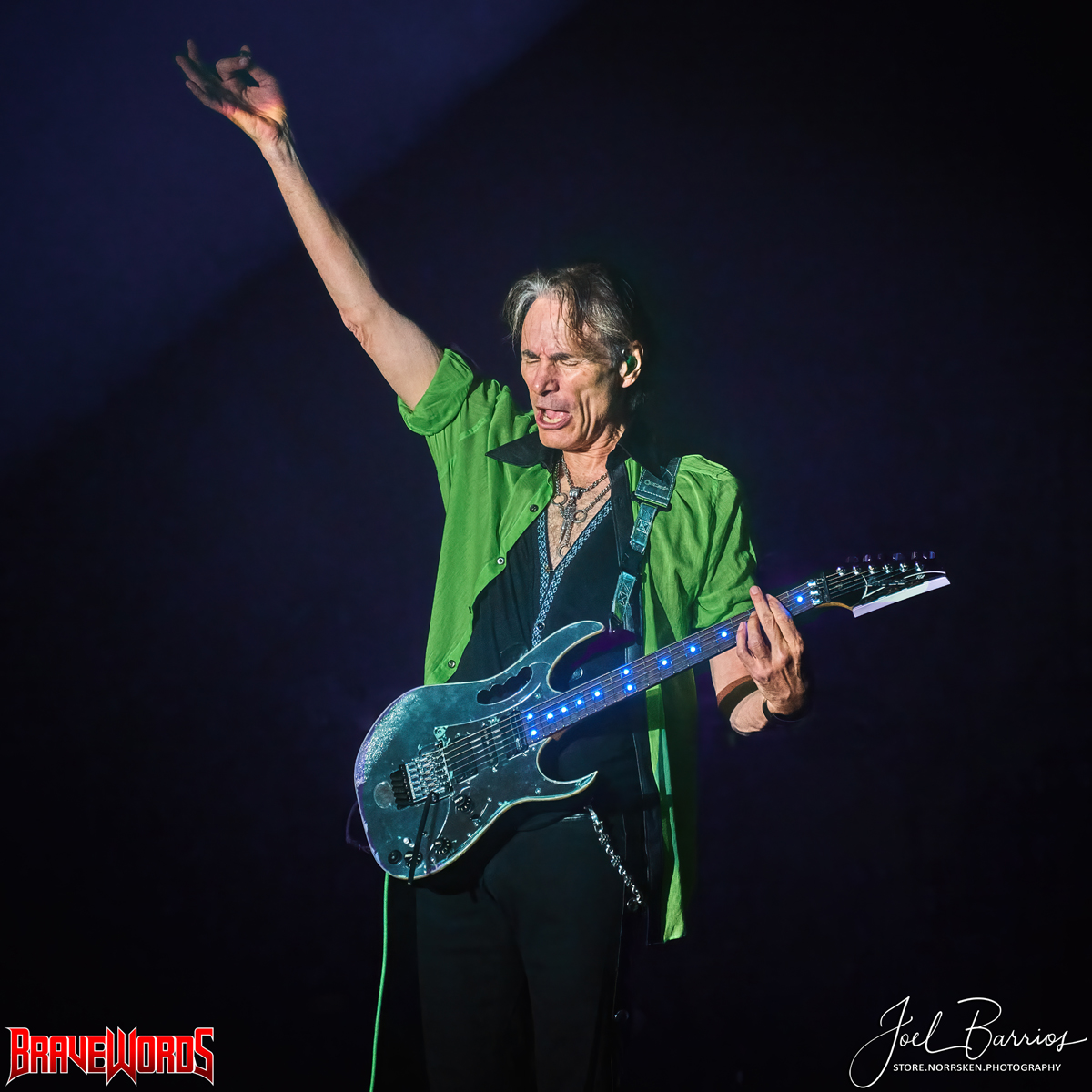