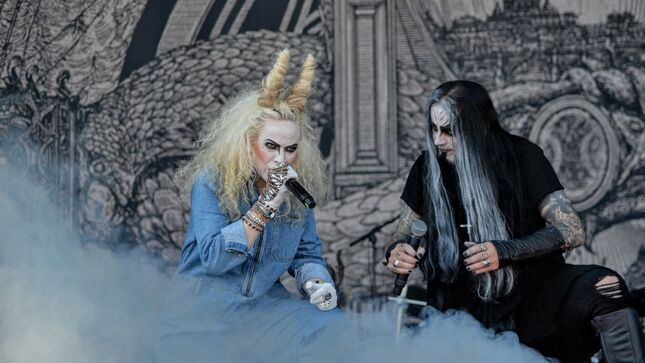 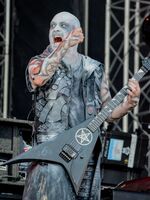 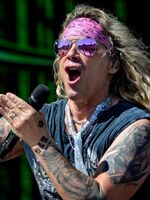 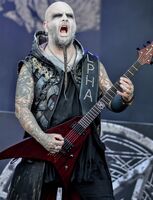 A quick synopsis of the highlights, as an in-depth report on the entire event will be forthcoming. A little something for everyone, on Day 2, from the black metal of Gaahl's Wyrd (a late substitution for cancelling Katatonia) to the falsetto pop-rock of The Darkness. Throw in some comedy metal, ‘80s style, courtesy of Steel Panther, Danish exports D.A.D. and the fog shrouded  Tribulation. Doesn't even include Bring Me The Horizon and headlining Korn, neither of which were of any interest here (even less so, based on the portion witnessed). By far, the standouts of the day were a greatest hits/festival set from triple guitar threat, Accept and a pyro/effects laden homecoming for Dimmu Borgir, complete with female guest (Agnete Kjølsrud, a horned, blue jump-suited meanie, on "Gateways").