A DYING PLANET To Release New Album In September; "When The Skies Are Grey" Performance Video Available Progressive metal guitarist and songwriter Jasun Tipton – known for his work in Zero Hour, Cynthesis and Abnormal Thought Patterns– arises with his newest musical entity, A Dying Planet. Hailing from Northern California, the group is about to unleash its second album "When the Skies Are Grey" on Lifeforce Records. Unsurprisingly, there is one thing above all: searching, forward-looking and dramatically compelling prog. The album's songs combine proven joy in playing, with circumspect complexity and overarching grace. A Dying Planet's sophomore effort is both delicate and complex. Thanks to outstanding songwriting, "When the Skies Are Grey" offers as much substance as it does sustainability. The result: one can't get enough of this album.

Having already been featured on the selftitled debut album, Paul Adrian Villarreal (ex-Sun Caged) now has become the official singer for AA Dying Planet. With six tracks surging with nearly fifty-two minutes of driving, dynamic material, „When The Skies Are Grey“ was mixed and mastered by Adair Daufembach.

Prior to forming A Dying Planet, the Tipton brothers (Jasun and Troy) were the driving force behind prog metal powerhouse Zero Hour, releasing five albums and playing gigs alongside bands such as Opeth, Cynic, Symphony X, All That Remains, The Human Abstract, and Liquid Tension Experiment, in addition to multiple successful European tours and appearances at America’s premier progressive festival, ProgPower USA. Jasun and Troy also had success with the technical instrumental band Abnormal Thought Patterns (including two albums for Lifeforce) and progressive metal act Cynthesis. The Tipton brothers have also been guest columnists on the popular guitar enthusiast website Chops From Hell.

When The Skies Are Grey will be released on September 17th. Pre-order the album here. 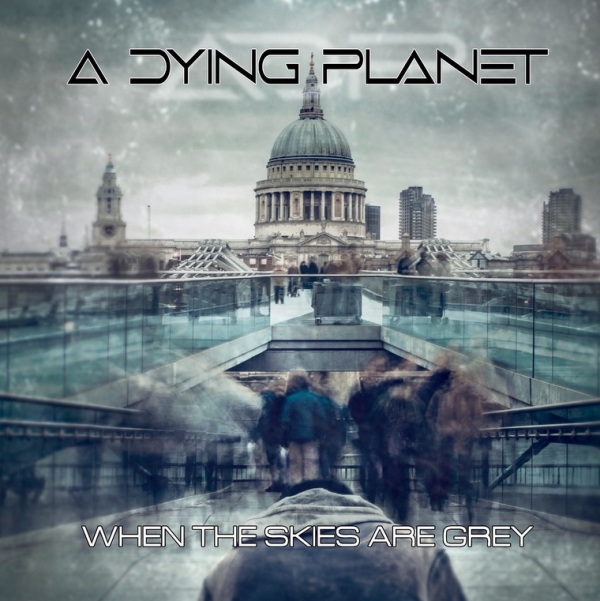