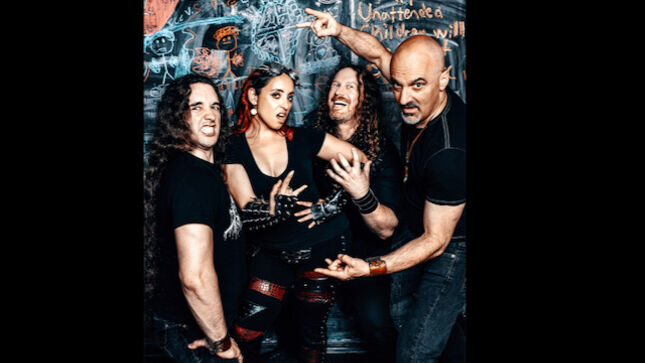 Metal band, A Sound Of Thunder, has announced their forthcoming album, entitled The Krimson Kult. A crowdfunding campaign for the recording of the album was launched on the Kickstarter platform on April 28 with a $40,000 fundraising goal. The band’s fans surpassed the fundraising goal in less than 48 hours. Now fully funded, the the album recording is scheduled to commence in June with a target release date of October. The campaign, which offers backers exclusive perks and merchandise, will continue to run until May 28 on Kickstarter.

The band posted the following comments regarding The Krimson Kult on the Kickstarter page: "The past year has been one of the darkest and most difficult of our lives, and we've channeled all those feelings into a dark, heavy and dynamic album. The lyrics were inspired by the world around us, but interpreted through the lexicon of heavy metal, which means you're still going to get monsters, cults, wizards, and more! To capture the right feeling and heaviness for these songs we're tuning down for the first time in our career, and using vintage tones and gear." 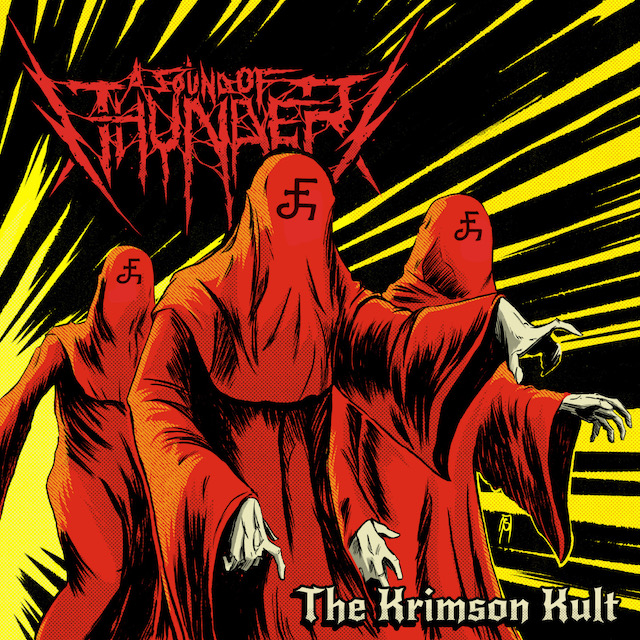 The Krimson Kult will be available in these formats:

A large-format album book is also available exclusively through the Kickstarter campaign. The book will contain additional artwork based on each song from the album by artist Joseph Schmalke (The Electric Black, Cherry Blackbird).

The Krimson Kult is available exclusively on Kickstarter through May 28.

A Sound of Thunder was formed in Washington, DC in 2008. The band recently celebrated the 10th anniversary of their permanent lineup of Nina Osegueda (vocals), Josh Schwartz (guitar), Jesse Keen (bass), and Chris Haren (drums). The occasion was marked with the release of the band’s 8th album Parallel Eternity, a collaboration with composer Brad Charles of Magic Giraffe Soundworks featuring orchestral versions of new songs and fan-favorite songs from the band’s back catalog.