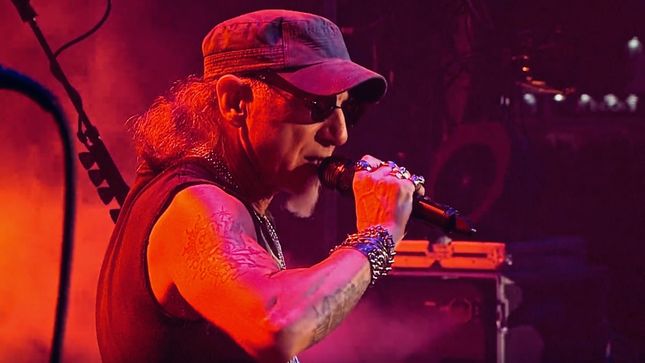 Accept have released a new video trailer for their upcoming live release, Symphonic Terror - Live At Wacken 2017, which will be available on November 23rd via Nuclear Blast. Watch below.

Fans can expect a unique, 2 hour Accept show, shot on August 3rd, 2017 at the legendary W:O:A, where the band played the biggest and most extraordinary show of their career in front of 80.000 live fans at the festival, on top of thousands more fans watching via the live stream! The show was divided into three parts, showing the full creative power of Accept: The first part hosted the premiere of new tracks "Die By The Sword" and "Koolaid", as well as some of their most popular songs, such as "Restless And Wild" and"Pandemic'. The middle part hosted guitarist Wolf Hoffmann accompanied by a symphony orchestra, presenting the best-of from his recent solo album Headbangers Symphony, which includes metal versions of some of the world’s biggest classical compositions (e.g. from Beethoven, Mozart, Vivaldi,...). And in the last but not least part, fans were able to bang their heads to Accept anthems (also accompanied by the orchestra), such as "Princess Of The Dawn," 'Breaker," "Fast As A Shark" and "Metal Heart," as well as to new songs like "Stalingrad," "Shadow Soldiers" or "Teutonic Terror". The finale could be nothing less than an 8 minute version of their eminent hit "Balls To The Walls"!