ACE FREHLEY On Reuniting With KISS – “Over The Last Two Years, I’ve Kind Of Reconnected With PAUL And GENE” 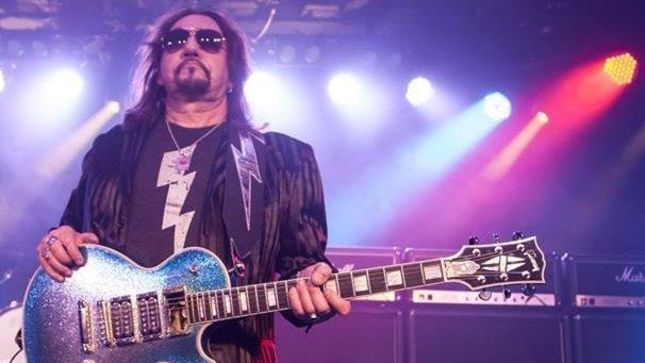 In a new interview with Staten Island Live, original KISS guitarist Ace Frehley talked about the possibility of reuniting with his old bandmates.

Frehley said, “It’s been 15 years but over the last two years, I’ve kind of reconnected with Paul and Gene. I reconnected with Paul on the track ‘Fire and Water’ (on Origins Vol. I). He actually shot a video with me. So that was a lot of fun and it was good to reconnect with an old buddy. And then more recently, I did two songs with Gene for this new studio record that will be coming out. And then I did a (Hurricane Harvey) charity event with Gene in Minneapolis. That was a big success. And just a couple of weeks ago, I was with Gene, he invited me to come up to Los Angeles because he was doing an event for The Vault (CD box set), and he wanted me to come up and perform with him. And we exchanged some great stories. We had a lot of fun.”

Check out a new video below:

Fan-filmed video of the quartet performing an acoustic set, as well as Simmons and Frehley trading stories and jamming, is available below. Video courtesy of Sonny Pooni at Podcast Rock City.