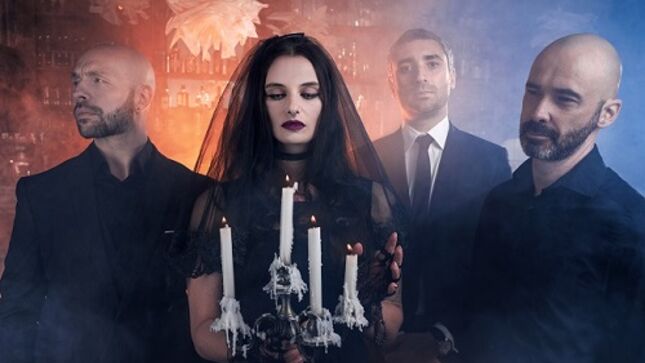 French death metal up-and-comers Akiavel will be hosting a live listening party to celebrate the imminent release of their new full-length album, Væ Victis, on Thursday, April 22nd at 1:00PM EDT / 7:00PM CEDT. In addition to the album being unveiled a day before release, the band will also be present in the chat for a live Q&A! Fans can join the Official Facebook Event to chat with the band early and set a reminder on YouTube for the premiere.

Væ Victis is a concept album that explores the darkest and most depraved spaces of the human psyche. Further evolving their sound, Akiavel takes a radical approach to their musical assault, consuming the listener with dizzying maelstroms of chaos. Væ Victis embodies the word “death,” putting forth an intrusive battery of blistering guitars, pummeling drums, and scathing vocals that culminates in one of the most robust death metal records the genre has seen yet.

Væ Victis will be released on CD with limited edition signed and numbered vinyl pressings. Pre-orders available at this location.