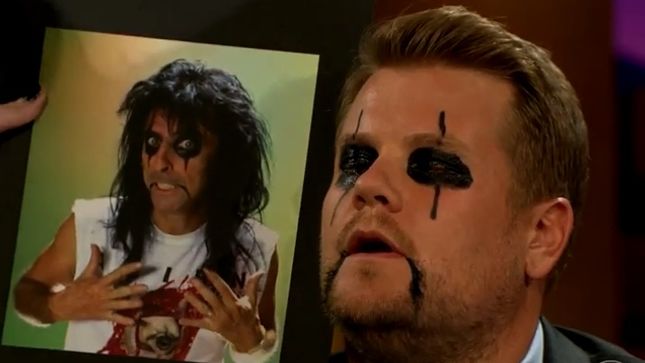 Alice Cooper was guest on The Late Late Show With James Corden and talks about his roots of being a musician while applying his own make-up on the host!

“There was a world full of Peter Pans and no Captain Hooks,” Alice says about his early beginnings. “I was more than happy to be Captain Hook for rock n’ roll.”

In the second clip, Alice Cooper talks about his phobias with guest Pauley Perrette.