ALICE IN CHAINS Pay Tribute To CHRIS CORNELL On First Anniversary Of His Death; Video Available 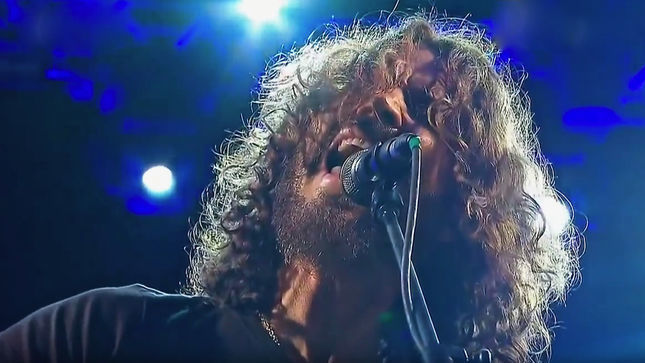 During their set at Rock On The Range in Columbus, OH on May 18th, Alice In Chains paid tribute to Chris Cornell on the first anniversary of his death by performing Soundgarden's "Hunted Down" and "Boot Camp". Fan-filmed video is available below.

The New York Society for the Prevention of Cruelty to Children (The NYSPCC) recently announced the appointment of Chris Cornell's wife, Vicky Cornell, to their Children's Council. Cornell is the co-founder of the Chris & Vicky Cornell Foundation, which she and her late husband created in 2012 to support children who are impacted by the traumas of foster care, poverty, addiction, child abuse, and neglect.

"When I first met Vicky I knew that we shared the same passion for helping children and families who have been impacted by child abuse and neglect," said Mary L. Pulido, Ph.D., Executive Director of The NYSPCC. "We are thrilled to have Vicky and her amazing foundation partner with us, and we're honored to continue Chris's steadfast dedication to the cause."

The NYSPCC, founded in 1875, is the first child protection agency in the world. Their mission is to respond to the complex needs of abused and neglected children and those involved in their care by providing best practice counseling as well as legal and educational services. The Society has investigated more than 650,000 cases on behalf of more than two million children since its founding, and has educated more than 50,000 professionals on how to identify and report child abuse and neglect. The Children's Council advocates the work of The Society and seeks to raise awareness and funds for its many endeavors.

"I am excited to join The NYSPCC to support its extraordinary work positively impacting the lives of vulnerable children nationwide," said Vicky Cornell. "Chris and I always shared a strong belief in helping children, and the mission of The NYSPCC is perfectly aligned with our foundation's mission."