ANGEL DUST - Mega Rare CDs To Be Re-Released In January 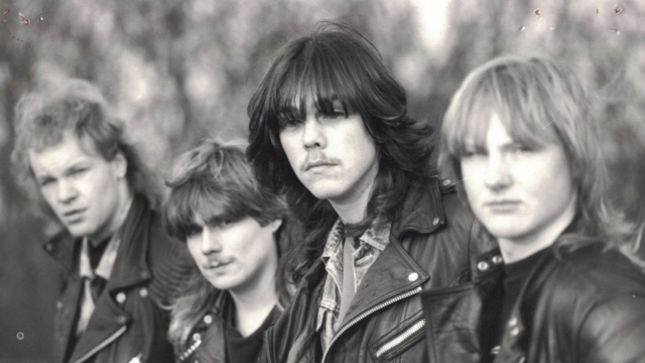 Two of the rarest metal CD collectables in the world will be reissued with bonus tracks in January 2016 via No Remorse Records.

The first two albums from German speed/thrash metal legends Angel Dust, Into The Dark Past and To Dust You Will Decay, originally released in 1986 and 1988, will be reissued including many bonus demo and unreleased tracks, mastered by Patrick W. Engel at Temple Of Disharmony, in Germany.

Release date is set for January 19th, for the CD versions, and vinyl editions will follow later during 2016. More details to follow.