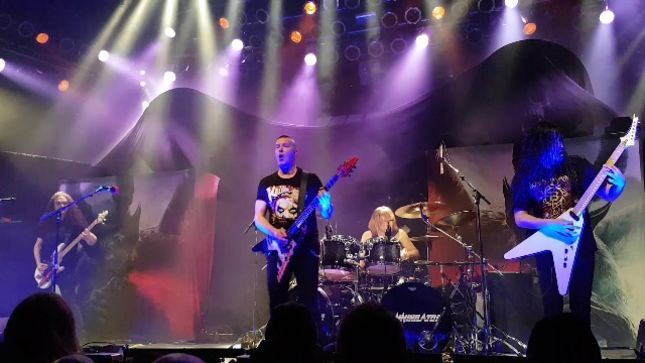 As explained by Annihilator frontman / founder Jeff Waters in a recent Facebook post about postponement of the band's fall 2018 tour, the new dates are in the poster below. He has checked in with the following update:

"This tour is going to KILL. Just going through the zillion bands to tour with us on this one... gotta make a special line-up here for many reasons. Since we postponed the For The Demented touring until the below dates, we will play some songs from it and songs the upcoming NEW studio CD! That should come out in Sept/Oct 2019, if we are lucky... and of course, some Alice In Hell gems and tributes, in honor of our fallen metal brother, Randy Rampage. Bigger production than usual, lots of energy, as always and some cool people joining us! Get tix now! Love to you all! 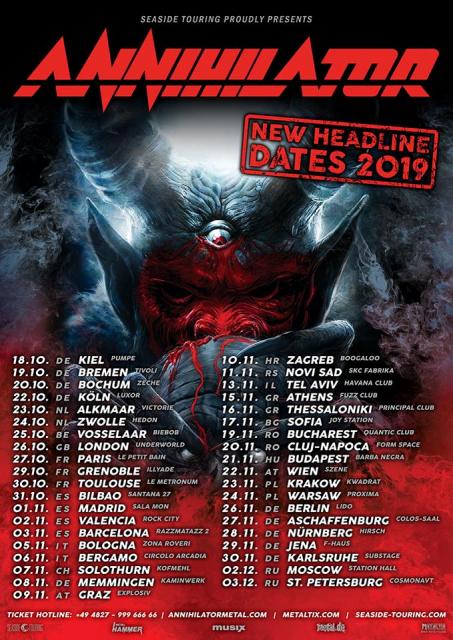 "So, I have been quiet about the passing of one of our previous and legendary singers, Randy Rampage, and as well about the upcoming headline tour(ing) next month. Hopefully, this video will explain the silence, why current tour dates are postponed and hint to you about new dates coming to you on Tuesday. On an unrelated note, construction on Watersound Studios UK (Durham, UK) is coming along nicely and will be a dream come true. Love to my Canadian family and love to my new UK family!"