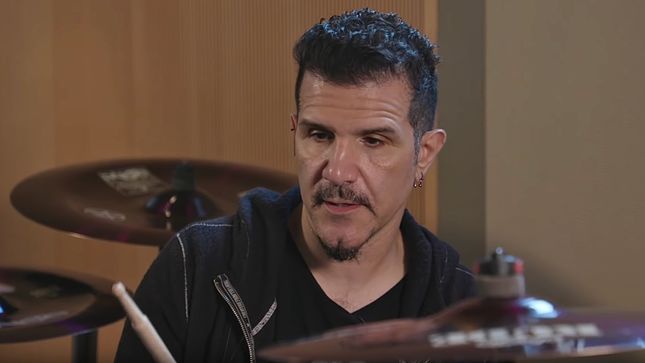 Anthrax drummer Charlie Benante has released Episode 5 of his YO! Watch The Beat video series.

"Clive Burr was one of my favorite drummers, his style, power and his fast single kick always made me take notice," says Charlie. "These 2 songs had that Clive "hook" to them. 'The Prisoner' and 'Gangland' are 2 examples of drum intros that set the tone for the song. The first 3 Iron Maiden albums are so heavy and I think Clive has a lot to do with that. I 💜 Clive Burr."

Previously released YO! Watch The Beat segments can be seen below: