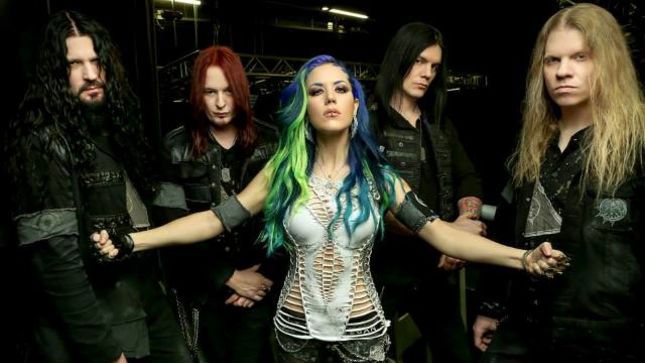 According to a brief Twitter update from Arch Enemy guitarist / founder Michael Amott, fans can look forward to a new studio album later this year:

I hope after the summer...September!? We're in the studio now... 🎚 https://t.co/GLQUoSU2az


The 70000 Tons Of Metal cruise set sail February 2nd - 6th on board Royal Caribbean’s luxurious Independence Of The Seas, which left from Ft. Lauderdale, Florida to an all new Caribbean dream destination: Labadee, situated on the northern coast of Haiti, featuring pristine beaches, coral reefs and lagoon-like bays surrounded by forested mountains.

70000Tons.tv now presents this exclusive recap of Day 1 on board the world's biggest heavy metal cruise.

“Kicking off with the unofficial pre-parties, witness the excitement as 3,000 metalheads from 74 different countries board the Independence Of The Seas for their ultimate heavy metal vacation, while the crew work tirelessly to build the world’s biggest open air stag structure to sail the open seas. Check out exclusive live clips of Arch Enemy​ and Testament, and an exclusive interview with Scott Ian of Anthrax​.”

BraveWords was on board for this year’s cruise. Check out out ongoing coverage via the links below: