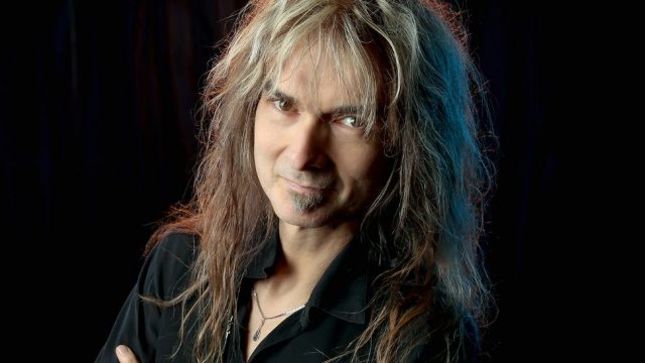 Do you like Star One, Guilt Machine, Gentle Storm, Stream of Passion, Ambeon or Ayreon mastermind Arjen Lucassen's solo album? Check out this clip and find out what Electric Castle... And Other Tales means...

"The Garden Of Emotions", from the 20th anniversary re-release of Ayreon's Into The Electric Castle album, is available for streaming below. Due for release on November 30th via Mascot Label Group, the title can be pre-ordered in various formats, here.

Arjen Lucassen, the mastermind behind Ayreon, comments on the song and this new mix of the track:

"The characters now have the Electric Castle in sight, but to reach it they have to pass through 'The Garden of Emotions', their emotions could overwhelm them to the point of suicide.

I particularly like the diversity of musical styles in this track. This may be the most adventurous track on the album with its spooky sounds in the beginning (yes, that’s me whispering), the totally over-the-top narration of the alien Forever followed by the epic bombastic horn and timpani section. Then, in total contrast you get the little tremolo guitars and the psychedelic voice of that freaky Hippie dude. Luckily, Anneke Van Giersbergen’s warm and beautiful voice quickly brings light in the darkness as the Egyptian!

The heavy middle part features a merciless battle between @Edwin Balogh as the Roman and Jay van Feggelen as the Barbarian, alternating with the soothing voice of Sharon Den Adel as the Indian. This segues into the proggy instrumental part featuring amazing drums by Ed Warby, which is probably my favorite section of the song. Damian Wilson as the Knight and Edward Reekers as the Futureman join the other singers in the experimental acapella counterpoint part with the cellos. AC/DC this is not!

In this new 2018 mix I’m particularly proud of myself for keeping the mix quite transparent, even in the parts where so much is happening. To me it sounds very organic and clear, without losing the epic feeling of the track. I hope you will agree, and enjoy this kaleidoscopic adventure!"

"The Garden Of Emotions"
"Valley Of The Queens"
"The Castle Hall"
"Tower Of Hope"
"Cosmic Fusion"
"The Mirror Maze"
"Evil Devolution"
"The Two Gates"
"Forever Of The Stars"
"Another Time, Another Space"

"Across The Rainbow Bridge" lyric video: