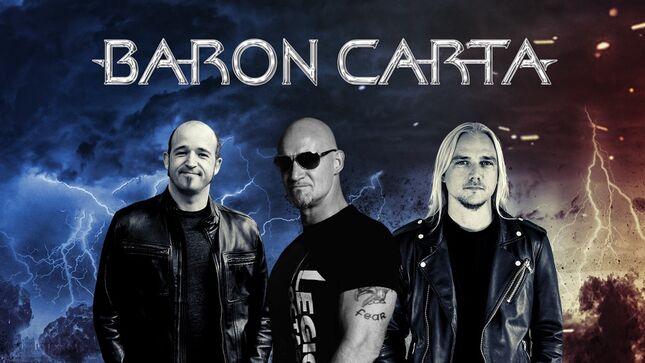 Baron Carta has released their debut, Step Into The Plague featuring the official lyric music video for “Devil To Send”. The entire release is available FREE here.

Baron Carta blends together different styles into a unique format. Shades of Iron Maiden, Megadeth, Slayer, Nevermore, and more come together to create a heavy, but powerful package.

Primary songwriter, Jono Bacon, says, “After playing metal since I was 16, I didn’t want to be constrained by arbitrary genres. I love heavy, powerful music, but I want to blend all kinds of different textures together, not just box me into thrash, or heavy metal, or death metal, or whatever. My hope with Baron Carta is to just focus on the music: I don’t care what style it is filed under.”

Baron Carta are also bucking the trend of how music is released. Instead of putting out an album every two years, Baron Carta will release a series of shorter albums more regularly. Bacon says, “I think most music fans are like me - clamoring for new tunes as often as possible. I would much rather pump out more fresh music on a regular basis than the elongated album cycle. We’ll see, but I think it will be interesting to see how fans react to this model.”

Step Into The Plague is also available on Spotify, Apple Music, iTunes, Amazon Music, and other online retailers.