Bassist ROGER GLOVER - "I’m Dreading Life Without DEEP PURPLE... I’m Not Looking Forward To It At All" 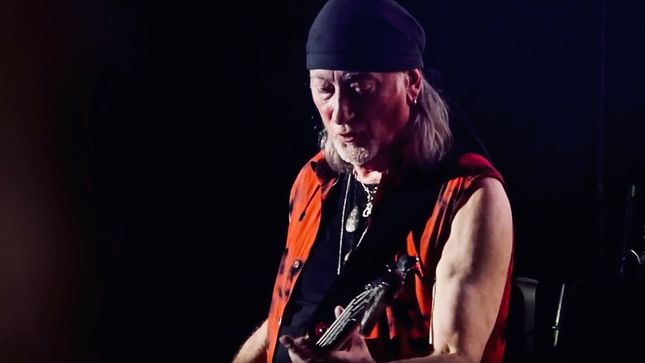 In a new interview with MusicRadar, Deep Purple bassist, Roger Glover, discusses a number of topics, including his plans after Deep Purple retire.

“Well, I know I’ll always been involved in music, as a writer and as a producer," says Glover. "To be honest, I’m dreading life without Deep Purple. I’m not looking forward to it at all. This has been my working life; I’ve never had a job. We don’t have a final time to stop in mind. I don’t know how much time I’ll have after the band, but I’ll carry on being creative.”

Will he write an autobiography? “Yes, I’ve been working on one for about five years now. It’s not easy, because I didn’t want a ghostwriter, but I enjoy good writing, and it’s a pleasure to write. It’s hard to look back and capture who I was years ago. I look at videos of myself playing and I think, ‘Who is that person?’

“It’s not possible to capture what was in your mind at the time, because memories aren’t always reliable. I’ve found a load of diaries from the '60s, and I’ve kept a journal for the last 30 years or so. I just have to work out what I did in the '70s!”

Read the full interview at MusicRadar.