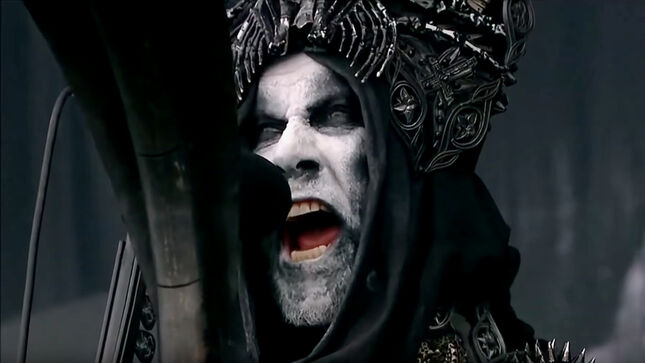 Behemoth frontman Adam "Nergal" Darski has been convicted of offending religious feelings by a court in Warsaw, reports Notes From Poland. It ordered him to pay a fine of 15,000 złoty (approximately $4,000) and court costs of almost 3,500 zloty (approx. $942).

Darski (who has waived his legal right to anonymity) has, however, contested the judgement, as he is entitled to do. That means that the case will proceed to a full trial. Should he be found guilty, the crime of offending religious feelings carries a potential prison sentence of up to two years in Poland.

The case is the latest in a series of prosecutions against the Behemoth frontman for insulting the feelings of Christians in Poland, one of Europe’s most religious countries. The current charges relate to an image Darski posted on social media showing a foot stamping on a picture of the Virgin Mary.

Prosecutors were notified by Ordo Iuris, an ultraconservative legal group, and an organization called the Patriotic Society (Towarzystwo Patriotyczne) that Darski had “offended the religious feelings of four people”, reported state broadcaster TVP Info. One of those individuals is a local politician from Poland’s conservative ruling coalition.

“In the course of proceedings, the aggrieved parties were questioned and they clearly stated that their religious feelings were offended,” said the spokeswoman for Warsaw district prosecutor’s office, Aleksandra Skrzyniarz.

Prosecutors also consulted an expert in religious studies, whose “opinion clearly concludes that treading with a shoe on the image of the Mother of God is an offence against religious feelings,” Skrzyniarz added.

Read more at Notes From Poland,