BILL WARD Looks Back On BLACK SABBATH's Early Days - "I Came Away Knowing That We Were Different And That Everybody Would Probably Hate Us, And I Was Right" 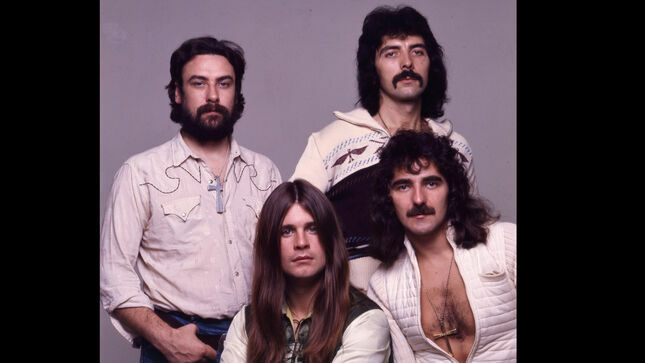 Original Black Sabbath drummer Bill Ward is featured in a new career-spanning interview with Classic Rock, reflecting on his eventful life thus far and his piles of unreleased albums. Following is an excerpt from the story:

Bill Ward and Ozzy Osbourne only lived on opposite sides of Aston Villa’s football ground, but they never met until the would-be singer placed an advert in a local music shop saying: “Ozzy Zig requires gig, owns his own PA.” More than 50 years on, there’s fondness in the drummer’s voice when he talks about his old bandmate.

“He walked in, and I think it took ten minutes before we started rattling,” he says. “Ozzy had an amazing blues voice. I remember in our very, very early days, before we had made a record, we were rehearsing and he was warming up. I thought: ‘Wow, that’s so powerful.’ He had everything there.”

So did Bill Ward. The chops he’d learned listening to jazz drummers Gene Krupa, Buddy Rich and Elvin Jones brought something different to the music they were playing.

Ward said he knew this group – originally The Polka Tulk Blues Band, then Earth, then Black Sabbath, after a Boris Karloff B-movie that bassist Geezer Butler’s brother had seen – were on to something special the very first time they played the song they’d named after their band.

“I came away knowing that we were different and that everybody would probably hate us,” he says, laughing. “And I was right. But at twenty-one I was unstoppable. I was in Black Sabbath, what did you expect?”

The press did hate Black Sabbath. “The whole album is a shuck,” Rolling Stone sneered in their review of Sabbath’s self-titled debut album, released in February 1970. But the reaction, combined with endless hours cooped in a van rattling around the motorways and B-roads of Britain, only brought them closer together.

“It was us against the world,” says Ward. “The camaraderie was amazing. We were always fucking around and cracking jokes and at each other’s expenses, but we respected each other’s abilities and the friendships we had. We were all from the same place, same background; we had a common language.”