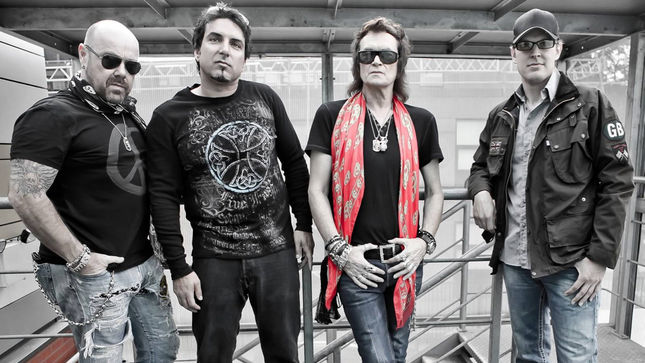 According to a social media post from vocalist Glenn Hughes, rock supergroup Black Country Communion, also featuring guitarist Joe Bonamassa, keyboardist Derek Sherinian and drummer Jason Bonham, have begun recording their upcoming fourth album in Hollywood. Hughes stated in a recent interview that the album would be out in May.

In regards to the forthcoming album, Hughes told Myglobalmind back in October, “We actually started about six weeks ago as Joe was at my home for about a week of writing. Today (October 25th) we are starting another week of writing together where we will finishing writing BCC 4. Then we go into the studio in January and the album will come out May 20th. It’s such a focused thing. Joe and I are very excited about BCC 4. Back in April when Joe and I were having dinner in Santa Monica we talked about making this new album and decided to really go for it as well as how now may be the right time to do the reunion. Certain things work at the certain times. The love and support we have behind BCC are amazing.

“I think all the things that have happened in my life have happened for a reason. Joe is a solo artist and we both love BCC. He is booked out a year in advance as he is a busy guy. I returned to being a solo artist and this CD Resonate is a return to form for me with another America tour next year. For me, all I want to do for the rest of my life is to write, play, and record music. As long as I’m healthy spiritually and mentally which I am, that’s all that resounds to me. That’s all I know how to do in life is to give love and music back to others.”

Read the full interview at Myglobalmind.com.