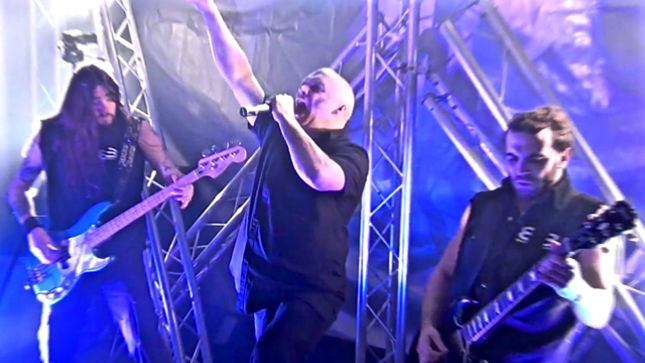 Former Iron Maiden vocalist, Blaze Bayley will release his eighth solo album, Infinite Entanglement, on March 1st. Greece's Rockpages conducted an interview with Blaze in support of upcoming album. He talks the concept of the album, his relationship with fans, his days in Iron Maiden and more.

Asked if he thinks that the two albums he recorded with Iron Maiden have stood the test of time, Blaze states: “Yes, I think they have aged very well and lots of fans come to my concerts that never saw me live with Iron Maiden after they listened to those albums at the time. There is lots of great music on those albums and I still enjoy playing those songs live.”

Read the interview at Rockpages.gr.

Blaze has released a music video for the new track “Human”, to be featured on Infinite Entanglement. Album details and the video are below.

Bayley has announced the first 50 dates in support of Infinite Entanglement. Check out the dates below. More to be added soon.