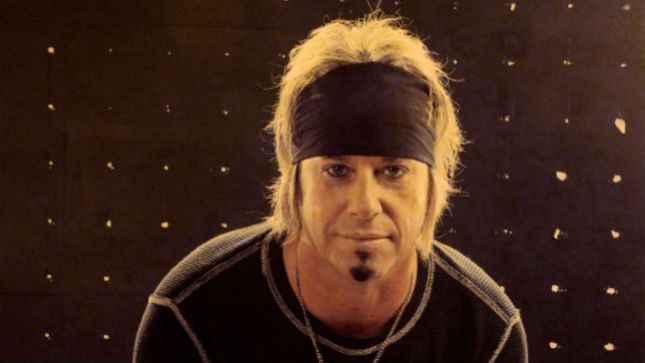 It’s been well documented that Bobby Blotzer has been in a battle for the Ratt name against former bandmates Stephen Pearcy, Warren DeMartini and Juan Croucier. The saga continues, with Blotzer posting a new "update" via Facebook:

Blotzer recently stated: “We appeared in front of the court on our motion to reconsider in the Crucifer and his paralegal team of Frauds Are Us. The court and his Honor were given such a plethora of evidence that the judge is now moving on submission. This basically means he's going to comb thru the stacks of documents and then render his decision. We feel that it's a very strong result as in, if he thought that the information/evidence wasn't very compelling or had teeth, he would have cut and there would have been a ruling in there today.”

For more on the case, including a details background, read the above mentioned order at this location.

Robert Cavuoto recently spoke with original Great White vocalist Jack Russell for My Global Mind about his new album, He Saw It Comin’, and during the conversation they touched on the Ratt conflict. Following is an excerpt from the interview.

Robert Cavuoto: Right now Ratt is going through many of the similar legal entanglements that Great White has gone through. What advice could you offer these guys from your prior experiences?

Jack Russell: "I’m friends with all of them and feel really bad for the guys. Bobby Blotzer and I go back long ways as I used to tuck his kids into bed. Stephen Pearcy used to help us book shows at the Whiskey. I can’t pick a side. My best advice to them would be to do what your heart tells you and be honest. It’s hard to hear your friend telling lies about your career or reinventing the past. That’s what causes the pain. When someone tries to change how the band started, or who was in charge, or discrediting your participation when you have the most writing credits in the band. Any advice to those guys would be to make sure you are wearing padded underwear because you’re going to get kicked by everybody. [Laughing] There really is no clear winner as everybody gets hurt. I wish they could patch things up. I hate to see them going through the same thing I went through, it’s not a fun thing."