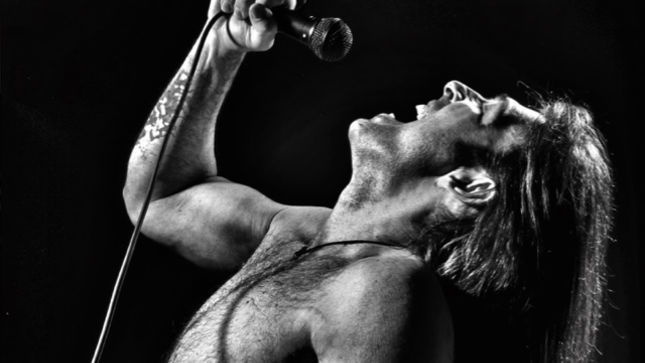 High Voltage Productions, in conjunction with Godfather Records, announced today that vocalist, Rob Liotti (ex-Honeygun) has apparently had contact with Australian rockers, AC/DC, about replacing lead singer, Brian Johnson. Doctors recently advised Johnson that he may lose see his hearing entirely if he continues to tour with the band.

Rob Liotti is the singer/actor who was chosen by filmmakers to portray the late Bon Scott in a biopic produced by Michael Meltzer and currently in development awaiting funding. HVP and the singer have received scores of contacts from around the world urging him to apply for the slot, and there is little doubt that he would do the band justice.

"Yes, I will confirm that I have had contact with the band - both directly and through third parties close to the AC/DC camp, but that's really all I can say," said the singer in a telephone interview.

"I received a call from a fan in France today who said he felt I was the guy for the job. He is friends with a Young family member and insisted that he was making a call to recommend me. You have to love people that dedicated," he added.

While many singers have been mentioned as replacements, it is obvious that there are a very, very scarce few really appropriate for the job.

One Facebook article seemed to make the most sense mentioning the two most viable replacements to be Marc Storace of Krokus or Rob Liotti. Both have written music and performed in their own style - styles that would likely work for AC/DC.

When I asked Liotti about the Krokus singer, "Marc is a good vocalist and I personally like his work. Ironically, I know former Krokus drummer, Steve Pace, and we have jammed together. The night we met, Steve was quick to say that Marc and I reminded him of one another. I think I'm a bit grittier than Marc to be honest. I've had a lot more practice with the Bon Scott era stuff, but he can clearly pull that off. It's the music post-Bon that is the issue. I can do both..."

News went viral yesterday that comic, Jim Breuer, had a visit with Brian Johnson in his Sarasota, Florida home at the insistence of Johnson's wife, Brenda. Breuer did not paint a pretty picture of Johnson's hasty departure before damage-control began to tone down a likely dismissal from the band. Johnson quipped that he had "been kicked to the curb."

Notwithstanding, thousands of ticket holders received news that upcoming shows would not be cancelled, thus leaving the vocalist spot open.

"No, I have not been contacted about an audition. They do have sound files of me singing a few of their songs. They clearly know who I am given the Bon Scott film project. At this point, it is up to Angus Young. If he feels like I'm the guy, I'm happy to help complete their tour dates. Hopefully they can get over the fact I'm 6'2 and American," he laughed.

Interestingly, it has been said that a more youthful singer with Liotti's keen looks might be a good thing for the band and give them a fresh voice and look. As great as AC/DC is and has been, it is apparent that Angus Young wants to remain relevant. So, a fresh look and energy up front could help. While we love and respect Johnson, no one should expect him to forfeit his hearing.