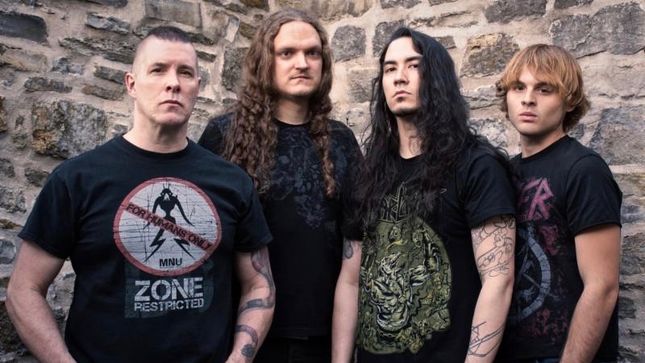 17) ANNIHILATOR – For The Demented (Silver Lining)

For the sick, for the lost…For The Demented! That’s how it is with Annihilator…ahem annihilating the competition with For The Demented. It’s thrashy, it’s groovy, and has that signature Jeff Waters guitar playing, and hell this is probably the best he’s ever been as a lead singer! The crushing Canucks takes listeners on a roller coaster into the human mind and is their most complete record in quite a while. Great job boys!

As BraveWords scribe Carl Begai stated in his review, “For The Demented is not the long-awaited begged-and-pleaded-for follow-up to Alice In Hell and Never, Neverland, although there are a few points of light hinting at Annihilator's legendary glory days. If anything the album shares airspace with Refresh The Demon from 1996, which isn't a bad thing when one considers some of frontman Jeff Waters' less interesting outings over his 30 year (give or take) career.

Mainman Jeff Waters told BW head honcho “Metal” Tim Henderson about the album in a feature story: “Some songs are still typically Annihilator, but there are different styles and grooves on other ones. So when I thought it was crazy, I didn't mean it in the way of being schizophrenic, I just thought it just went all over the map with certain vibes. And with the sound of the production and the singing, you can tie that all in so they don't all sound extremely different. So I thought this was a bit crazy, so let me write the lyrics about the human mind, because I seem to be doing that a lot in my career anyway, whether it's the loss of a family member, personal issues, depression. States that I see people around me going through. Finally I have a theme on my record where every song can relate to the human mind.”