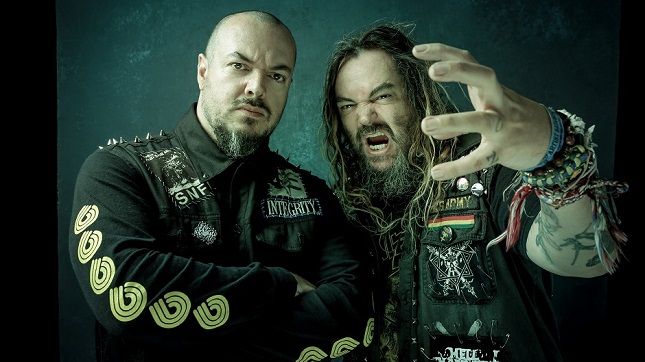 Viciousness personified! Brothers Max & Igor Cavalera’s fourth album Psychosis is their most crushing album to date under the Cavalera Conspiracy moniker. A "psychotic" mix of death metal, thrash metal, and groove metal, Psychosis is the Conspiracy's best to date and rightly secures a spot on our countdown.

Max’s enthusiasm was apparent in Greg Prato’s feature story saying, “I’m really excited - we hit a really cool nerve on this one. I was always really into the idea of the mixing of death metal and thrash metal. It’s a really cool blend that not a lot of people do. We did it back in the day with records like Schizophrenia, Underneath The Remains, and Arise. Even Nailbomb is a little bit like that. But I like when bands did that - like Pestilence did some of that, and I think a little bit like Exhumed and even Entombed a little bit. But it’s a really cool idea that we went full-on, on this album. Almost all the songs have this crazy, cool, retro vibe. The sounds kind of remind us of the late ‘80s/early ‘90s, but with the sound of right now - like noise and stuff like Full of Hell and Nails. I’m really excited. We were produced by Arthur Rizk, who is a friend of ours and is an upcoming producer. He did a great job on the record. It was fun working with him. I loved what he did with Power Trip, Inquisition, and Code Orange. Those are three fantastic records that he just produced. And he went on and did a great job for Psychosis. He worked his butt off and it sounds great. I’m very happy that we worked with Arthur on this one.”