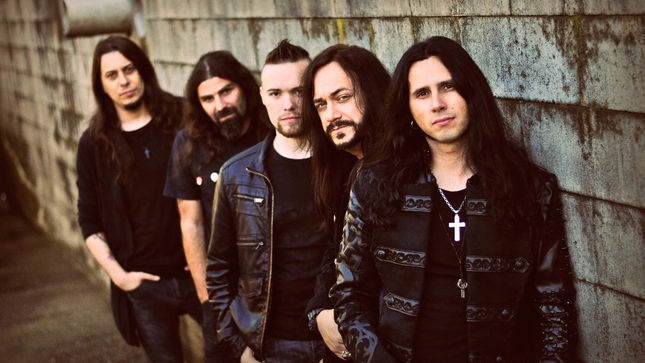 An album detailing ancient battles in Greece? Count us in with Greek power metal warriors Firewind bringing sword and shield with their eight album, Immortals. Former Ozzy guitarist Gus G. is pointed and focused on the band’s first release in five years and the time in-between albums paid off immensely!

“Making a concept album is not an easy task; telling a story that way,” Gus G confessed to BraveWords scribe Kelley Simms in his feature story. “It’s not a history class. It’s obviously a heavy metal record so it has to be told in a very epic way. It has to fit with the music. So you have to be careful how you do all that stuff. I’m not a lyric writer, so that’s not really a part of what I do in the band, or any band. That’s where Dennis Ward, the co-producer stepped in because I needed somebody to help me make such a project.

As scribe Rich Cantino contends in his review, “…that riff for ‘Back On The Throne’ (great ‘80s keyboard) easily could have been used for the Prince of Darkness, as well as ‘Live And Die By The Sword’ and its very ‘Diary Of A Madman’ classical guitar beginning, and verses on “War Of Ages’.”