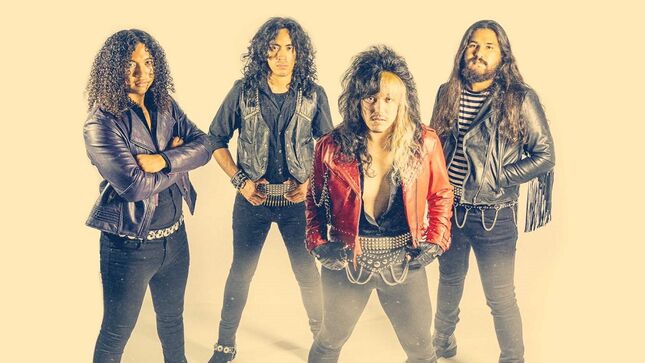 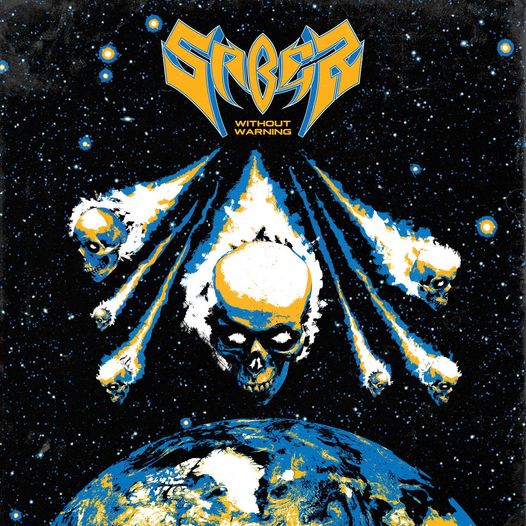 HOLY MOTHER - Face This Burn (Massacre)
Holy Mother of God is this a load of shit! Reunited (ie. smelling $ in the water) to "honor" late bassist Randy Coven, offer a new, heavier/mechanized sound, and thereby not only annoy the loyal clique of fans, but tarnish the lone asset, Mike Tirelli's voice. Should've remained buried!

STARSCAPE - Colony (Stormspell)
Never to be confused with Colony, by other Swedish metallers, this two-man, sci-fi obsessed outfit fail to achieve orbit, destined to drift through space, directionless. Taglines for Alien famously said, "In space, no one can hear you scream." Unfortunately, here on Earth, they're shouting at Starscape, "Stop it!"

RHAPSODY OF FIRE - Glory For Salvation (AFM)
Sad legacy of a once great band, one of the pioneers in European power metal scene. Passion, fury and fire now extinguished, as they're relegated to synth-heavy (at expense of guitars) operatic ballads. Even the pre-release I'll Be Your Hero EP offered more of the same: re-recordings and multiple takes (offending different tongues). Lullaby Of Complacency.

LACUNA COIL - Live From The Apocalypse (Century Media)
Pandemic created lots of bad decisions, this audio portion of a crowd-less live stream is just the latest in the Italian outfit's blundered choices. Since the demise of Cristina Scabbia relationship with Slipknot guitarist Jim Root, this band has been about shock and awe (visually/sonically), not good songs. Essentially a rehearsal/run-through of the Black Anima (enema?) album, devoid of any earlier works.

HOLLOW - Tower (Rockshot Records)
Much like Rapunzel, the Nineties era Nuclear Blast artist has been inactive, languishing away in the tower for more than 20 years. Time is certainly not right for a reappearance, especially with this prog concept album. Sorry, all rings a little hollow!

Hallelujah! Know it's not 100% perfect, but after 1.5 years, live music is (sort of) back! Small potatoes, compared to pre-pandemic levels, but since July was able to catch live, in-person performances (typically requiring mask and proof of vaccination) by Accept, Megadeth/Lamb Of God, Judas Priest/Sabaton, Night Demon Yngwie Malmsteen and multi-band festivals in Philly, Madison, Wisconsin and Los Angeles. Looking forward to even more shows (and a long overdue return to Europe) in the coming year.

One positive of all the downtime, without music or new releases, many an overseas brethren and sister digitized decades old PAL recordings and rare TV performances. Some amazing, heretofore unseen imagery: early Kreator, the poodle-dos with Destruction, Running Wild frontman with two-tone, New Wave blonde/black hair (cool to see some pre-Pirate days footage too, including rare US dates), Grave Digger in a rainbow of unnatural/colorful '80s attire, the list goes on....

Not just this year, but highly unlikely that the "best" albums will exclusively come from bands/names you've aware of, especially since most fan's enjoyment is directly related to the purchase price (granted, less important in the streaming/download, legal or not, era). Given the hunger and risks they're willing to take, neophyte acts typically prove more exciting than established bands on the redundant album-tour-album carousel, even after the pandemic induced inactivity. Look beyond the tried & true. With that it mind... Hats off to late year, last minute additions that arrived too late for proper consideration (and probably flew under your radar as well), namely melodic black metallers Stormkeep, the old school thrash/speed metal of Portugal's Hellspike, an EP from Finnish NWOTHM artists Nightstryke, 70s hard rock/proto metal, from Germany, courtesy of Lynx, a group of Pacific Northwest veterans, christened Firewolfe (umlauts over the O) offering up some hard rock/proto-metal and the Viking meets atmospheric black metal of Philly's Morgul Blade.

What/Who Needs To Stop in 2022
Lockdown induced, Zoom collaborated, non-metallic singles/videos. Guys/Gals put the long period of band dormancy into activities to help you hit the ground running, once the "all clear!" is sounded. The technology proves you don't all need to be in the same room to record, so why "waste" time/effort on blokes from 4 different bands knocking out a song none of their fanbase would be interested in hearing their day jobs perform. "But it's fun," you cry. Sure, once, but some have made a cottage industry out of it.

Will be well into the new year before most clasp ears around Iron Fate (released via Massacre, December 17th), so they really will be a big story in '22. Reviewed here.

Hell Fire: Already heard this still unnamed opus: great production, bringing a razor-honed sharpness to the band's hard edge. Capable of appealing to those who don't usually like heavier/harsher sound, which is no easy feat. Definitely one to check out, (on Riding Easy Records) early in the new year.

Night Demon are set to release two albums. In the Spring, to coincide with a planned (fingers crossed) North American tour, there will be a compilation of the limited edition singles. Originally issued during the pandemic, the B-sides were not streamed (available solely on the vinyl), so ths is the first chance for fans around the globe to get their hands on those hard to find tracks. Around October, plans call for a new full-length, complete with 20 minute magnum opus and a slew of short, speedy bangers.