BraveWords Exclusive: AVANTASIA - New Album "The Most Diverse Avantasia Record Since The Scarecrow" 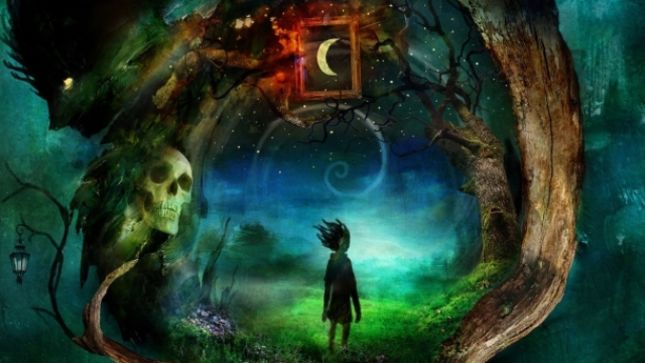 Avantasia's new album, Moonglow, will be released on February 1st via Nuclear Blast. On October 13th, BraveWords attended a listening session for the record in Munich, Germany at MSM Studios. An interview with masterminds Tobias Sammet (vocals) and Sascha Paeth (guitars) will be published later this week, but for now BraveWords scribe Carl Begai offers some insight on Moonglow:

"Simply put, Moonglow is the most diverse Avantasia record since The Scarecrow (released in 2008). The ebb and flow of the album is captivating in that you have no idea where the songs are going to go. In fact, the only predictable moment is 'Requiem For A Dream', which is Tobi's expected high- speed Helloween fanboy entry trading vocals with Michael Kiske (who does what he does best at a level nobody can touch). Other than that... the way Sammet and Paeth shaped the songs using Hansi Kürsch (Blind Guardian), Candice Night (Blackmore's Night), Mille Petrozza (Kreator) and Geoff Tate (ex-Queensryche) is pure ear candy and not what you're expecting of the singers. For example.... no, Ms. Night does not go Celtic or sappy ballad on Moonglow. And Tate... he should put Operation: Mindcrime on ice and join Avantasia full time, as the material lets his voice shine. He hasn't sounded this good in 20 years. No small wonder he appears on three tracks on Moonglow.

Lead track 'Ghost In The Moon' is Avantasia's gradiose Meatloaf-esque moment, clocking in around 10 minutes, in contrast to the crushing metal of 'Book Of Shallows' featuring Sammet, Ronnie Atkins (Pretty Maids), Kürsch, Petrozza and Jorn Lande. 'The Piper At The Gates Of Dawn' is an equally rousing metal assault, while 'Invincible' and 'Alchemy' feature two sides of Tate back-to-back. Bets are on 'The Raven Child' becoming THE fan favourite on the record, which is Avantasia rock opera brilliance coupled with a Savatage-esque stomp that goes for miles. It doesn't feel like 11 minutes. As for the cover of 'Maniac'... yeah, well, to each his own."

Comprising 11 tracks, the new opus once again features several guest vocalists. This time round, Tobias worked not only with well-known faces such as Ronnie Atkins, Jørn Lande, Eric Martin, Geoff Tate, Michael Kiske and Bob Catley, but also with new singers like Candice Night, Hansi Kürsch as well as Mille Petrozza who help to vitalize the new Avantasia record. Its cover artwork was created by Alexander Jansson.

Comments Tobias Sammet, "It's alive! After more than two years of hard work - and what felt like 71 overnight shifts back to back recently - we're ready to unleash Moonglow upon the universe. I believe it's the most adorned and detailed album we've ever produced. Not over ambitious, but there is a lot of love for detail in there. Avantasia is the ultimate playground for a musician's wildest fantasies to come true: Celtic elements, world music elements, big choirs, atmopsheric stuff, amazing guest vocal performances and of course all that wrapped up in what I consider to be the typical Avantasia sound. Someone in the music business just told me that the embellished nature of the sound makes it hard to market it, it doesn't fit in the contemporary musical landscape and "if you take a look around, no one really sounds like that." - EXACTLY! THANK YOU! I can't wait to release Moonglow, take my friends of the Avantasia family and hit the road for the big Moonglow World Tour."

More dates to be announced soon.